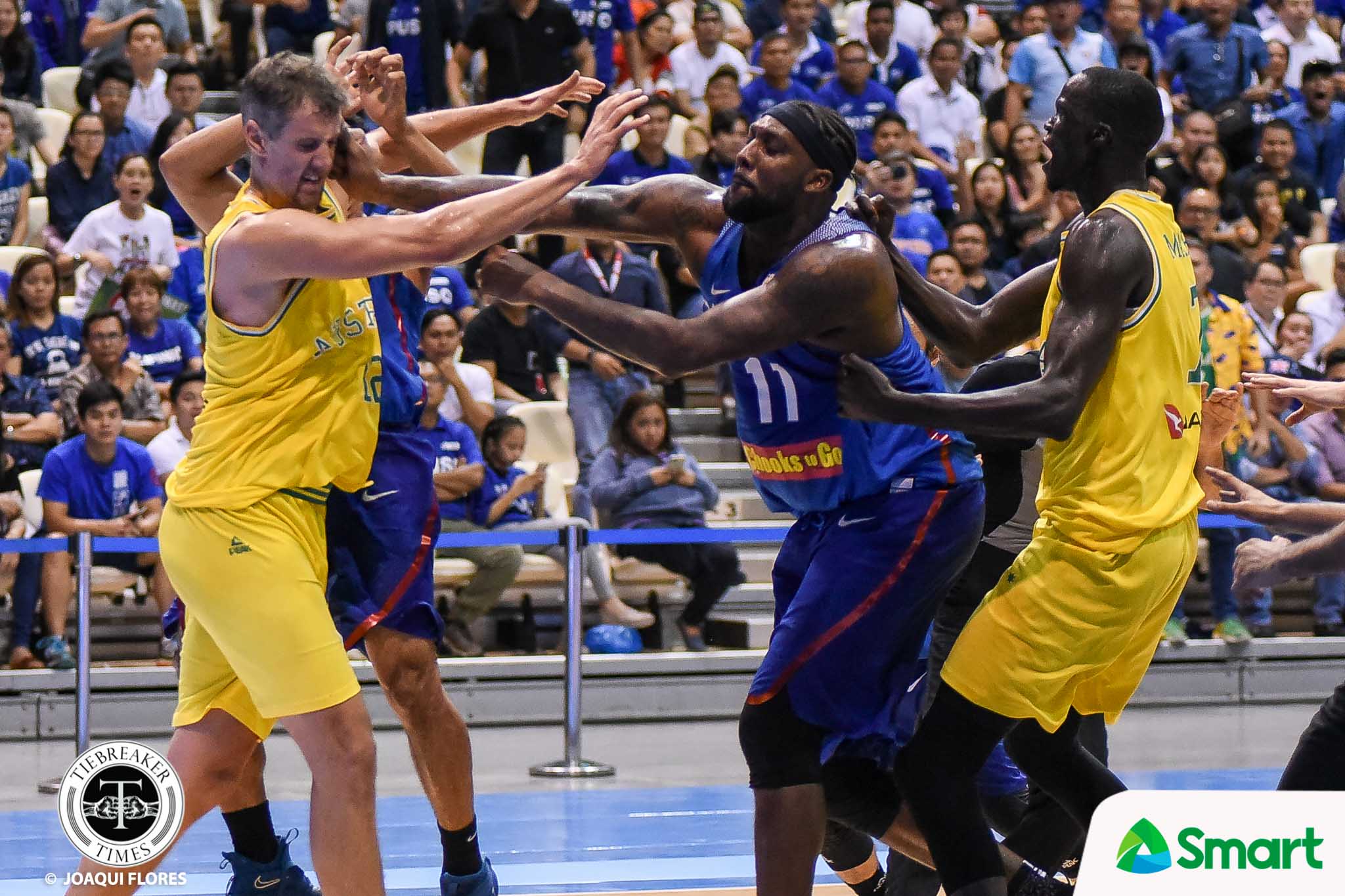 With the International Basketball Federation extending the deadline for the Samahang Basketbol ng Pilipinas’ and Basketball Australia’s cases with regards to the bench-clearing brawl that happened last July 9, all future plans for the national team has been put on hold it seems. And this includes the 2018 Asian Games.

The PBA and the SBP deemed it best to send over the core of club team TNT Katropa, together with naturalized Filipino Andray Blathche and three Gilas cadets, to the continental meet. However, five players from that team were involved in the melee, namely Jayson Castro, Terrence Romeo, Andray Blatche, Roger Pogoy, and Troy Rosario.

If suspensions are slapped on these players, what would be left of the team?

That is why the SBP and its president Al Panlilio are pondering on whether to push through in joining the quadrennial meet or which team to field in for it.

“We’re contemplating with the PBA, ‘Do we send another team or do we send a team at all?’ Those are the options,” disclosed Panlilio, Wednesday evening. “Kung local [tournament] lang okay, but this is the first international tournament after that [incident]. I would assume if there are sanctions and then that’s the first international competition that we join, it’s a value question e, it’s a moral question.

It will take FIBA a week or two before it decides on a verdict with regards to the sanctions that will be imposed on everyone involved in the brawl. The Asian Games, on the other hand, is set to tip-off on August 8.

#ReadMore  Manila Chooks look to make up lack of height with prep, chemistry in Montreal WT

With this, the SBP is working closely with all parties involved to find a solution to every possible possibility.

“I’m talking to Ricky Vargas, the POC chairman, because we want to make sure that we’re aligned with him. Siyempre, basketball is big for the Filipinos,” the amiable executive shared.

“And us not sending a team might be, you know…Whatever you do, you get negative reactions naman but I think we’re just looking at it in all angles what is the best thing to do. “