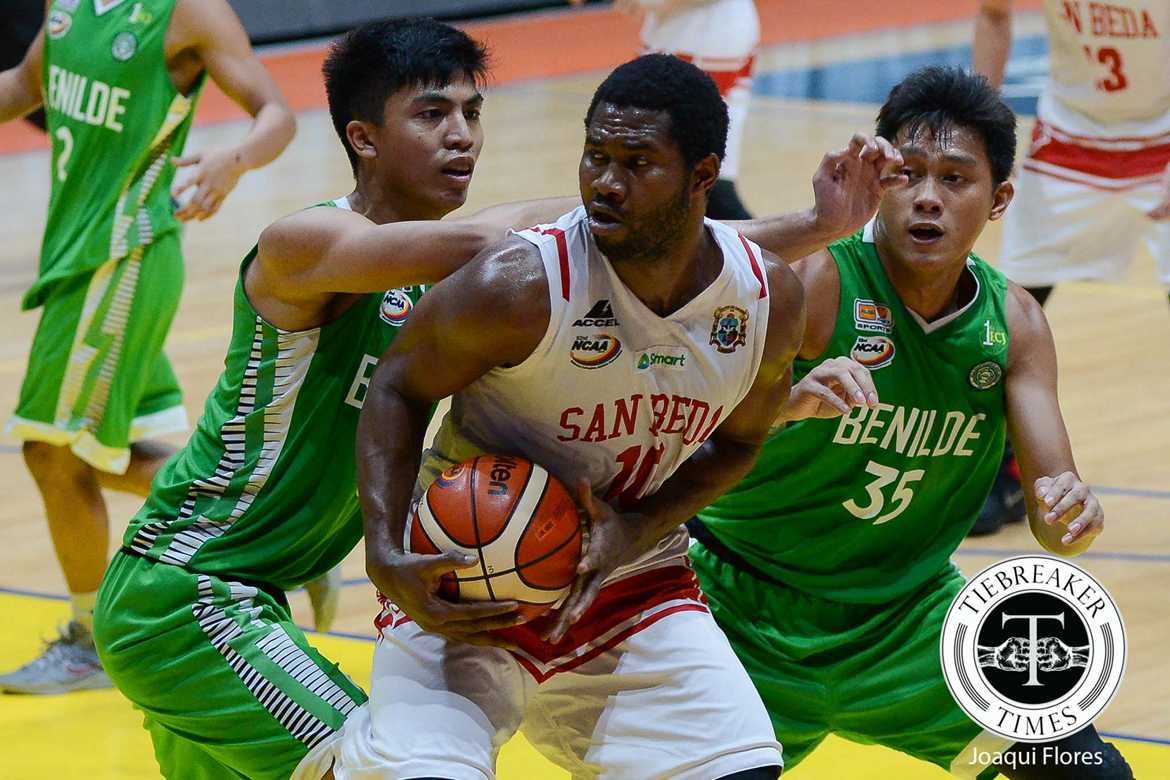 After losing their first game of the season, the San Beda College Red Lions vented their frustrations on the still-listless College of Saint Benilde Blazers in an 82-64 whitewashing to open the second round in the 92nd Season of the NCAA at the Filoil Flying V Centre in San Juan City.

Donald Tankoua dominated the short frontline of the Blazers, finishing the game with 17 points, 11 rebounds, and two blocks in just 28 minutes of game time. Davon Potts bucked a slow start, adding 15 markers for the Red Lions.

Contrary to the final score, the Blazers were able to keep pace with the Red Lions in the first half, gaining a six point lead to end the opening quarter before going down by just four points entering the break. Moreover, San Beda shot poorly from the field during the half, magnified by Potts’ 3-for-10 shooting, 0-of-4 from downtown.

“More on gigil, more on Benilde played well and were able to break our press,” San Beda head coach Jamike Jarin said about Benilde’s first half, which was paced by Carlo Young’s nine first half points and the energy of Christian Fajarito. “Restless din because of the weather, parang tulog eh. We needed 20 minutes to wake up to do the right things.”

The pressure defense of the Red Lions clamped down on the Blazers, going on a 14-0 rally to start the third frame for a 47-29 lead.

“We made a lot of mistakes maybe because of the break tapos we didn’t do much sa practice. I’m sure we had the same problem as before, too eager,” Jarin added, as the Red Lions had forced Benilde to 38 turnovers that led to 31 points.

“We can’t also take away credit from Benilde in the first half. We had to dig deep and go to the fourth gear to take the win.”

King Lion Dan Sara, during the third frame, had a scary fall during San Beda’s rally, diving from a loose ball and accidentally landing on his arm. Fortunately, the team captain was unscathed.

The troika of Tankoua, Potts, and Sara finished off the Blazers in the final frame, helping extend Beda’s lead to a game-high 23 points, 78-53, with two minutes remaining in the game.

Young led the Blazers with 15 points but on a horrendous 5-of-17 shooting, 4-of-16 from distance. Fajarito added a double-double with 12 points and 12 rebounds.

The Blazers played undermanned, as Clement Letcheu is still recovering from a hamstring injury, Fons Saavedra is away due to family matters, and JS Domingo is sitting out due to an undisclosed injury.

The San Beda Red Lions (9-1) next face the EAC Generals on Friday, August 19 at 2:00pm. On the other hand, the Saint Benilde Blazers (0-10) continue their hunt for that elusive win on the same day against the Arellano University Chiefs at 4:00pm. 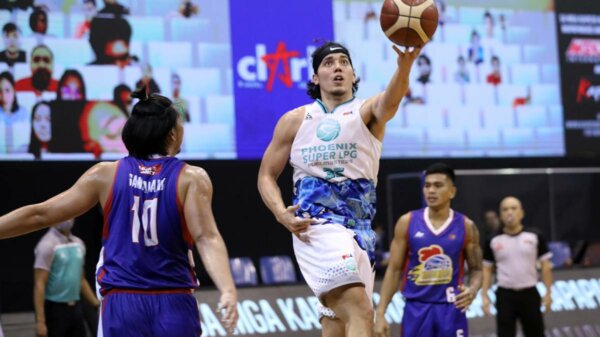 SMART CLARK GIGA CITY — Most of the time, don’t fix what isn’t broken, right? But when facing a team as decorated as Magnolia,...