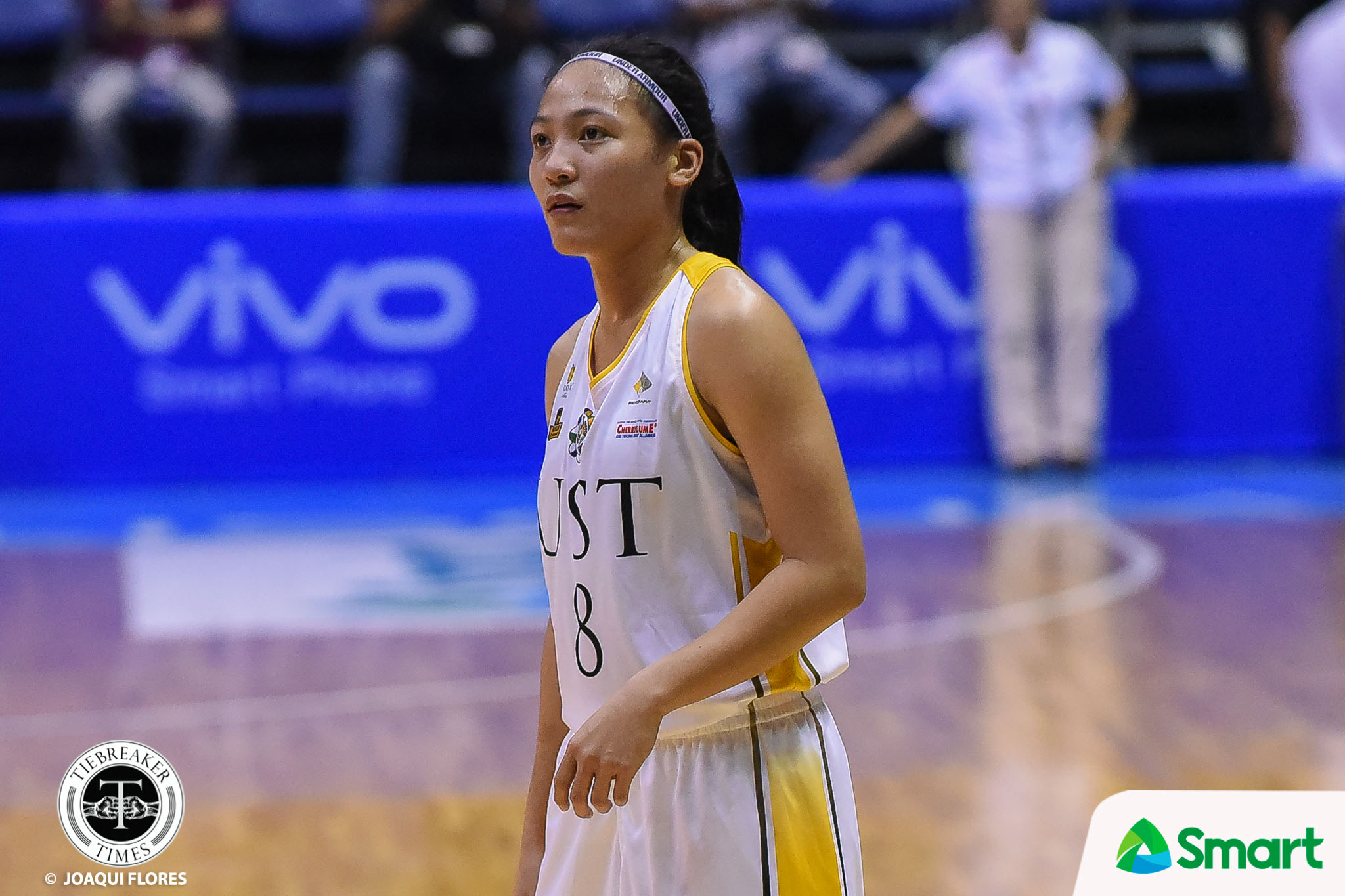 The game was already over as soon as it began.

After their narrow defeat to defending champions National University Lady Bulldogs, the University of Santo Tomas Growling Tigresses ransacked the University of the Philippines Lady Maroons, 129-42, Saturday morning at the Smart Araneta Coliseum in Quezon City.

“I think (the players) made a statement today with hard work and teamwork,” said a pleased UST mentor Haydee Ong. “I’m very happy because everybody contributed.”

Sai Larosa paced UST with 28 points, 12 rebounds, eight assists and five steals to lead the Growling Tigresses to their first win in the UAAP Season 81 Women’s Basketball Tournament. This marked her return after serving a one-game suspension to start the season stemming from last season’s semifinals.

“I think si Sai, she’s on her last year. She can bring the team talaga together with her leadership. Si Sai kase we works both ends, offense and defense. Grace, I think she is still adjusting. It’s only for her first year,” added Ong.

Reynalyn Ferrer flirted with a triple-double with 17 points, 12 rebounds and nine steals for UST, while Loraine Capilit and Ana Tacatac produced 17 and 12 points respectively.

The Growling Tigresses killed off any chances of a Lady Maroons win right from tip-off. The España school’s full court press and their defense anchored by foreign student-athlete Grace Irebu were just too much for State U.

On the opposite end, Larosa took advantage of the Lady Maroons’ lackluster defense when her basket handed UST a 51-12 cushion at the 4:25 mark of the second quarter. Capilit’s freebies then extended the Growling Tigresses’ lead to 68-14 right before the break as UST closed the half with a 69-14 separation.

Ong’s team showed no signs of taking their foot off the gas after the break, as they routinely played tough defense and calmly executed on offense. Juslyne Magat scored four straight points to grant UST an 84-22 lead in the third period, while Larosa’s three at the 8:23 mark of the final quarter allowed the Growling Tigresses to break the centennial mark at 100-32.

With 34.6 seconds left, Tacatac’s shot from downtown gifted UST their biggest lead off the ballgame at 129-42, and closed out what was a perfect morning for the Growling Tigresses. It was also the Lady Maroons’ 18th consecutive defeat, stretching back to Season 79.

Noella Cruz was the sole Lady Maroon who scored in double-digits with 13 markers.

“As I’ve said earlier, we’ll take it one game at a time. So (for) next Wednesday, we’ll prepare for Adamson. It’s a long season. We’ll deal it one game a time,” concluded Ong.

UST look to clinch their second win in this campaign against the Adamson University Lady Falcons at 11:00 AM. On the other hand, UP hope to upset the University of the East Lady Warriors afterwards at 1:00 PM. Both games will be held on September 26, 2018 at the Blue Eagle Gym in Quezon City.