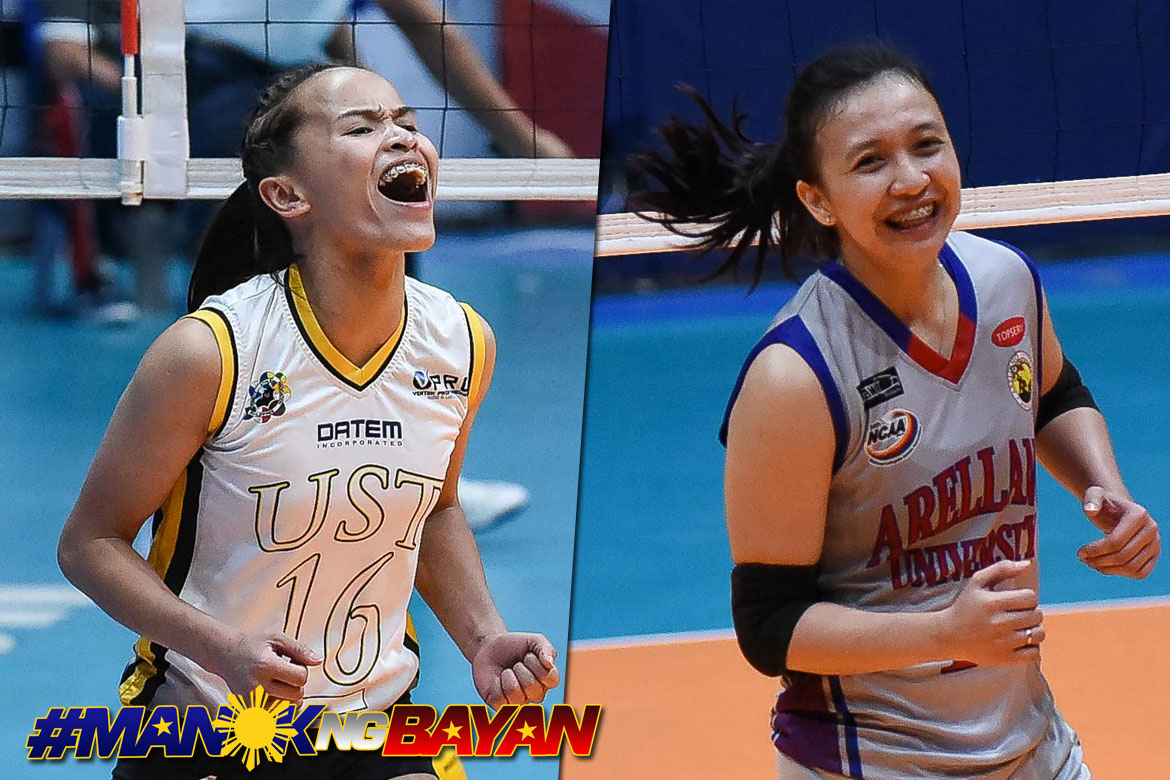 Volleyball has made its mark as one the biggest collegiate spectator sports in the country next to basketball.

With the sports’ impact and huge following – especially in the women’s division – it is fitting that the best and brightest volleyball student-athletes share the spotlight with the collegiate basketball’s finest.

For the first time, a pair of volleyball stars will be feted in the 2019 Chooks-to-Go Collegiate Press Corps Awards, presented by SportsVision to be held at the Amelie Hotel Manila in Malate, Manila on Monday.

Sisi Rondina of the University of Santo Tomas and Regine Arocha of the Arellano University will receive the SportsVision Volleyball Player of the Year awards in the annual event organized by the Collegiate Press Corps, composed of scribes from print and online outfits covering the NCAA and UAAP.

The graduating hitter Rondina wrapped her fifth and last playing year as a Tigress by completing an amazing three-peat in beach volleyball, giving UST their first gold medal in UAAP Season 81.

The 5-foot-6 Cebuana then turned her focus to indoor volleyball as she led the rookie-laden Tigresses back to the Finals for the first time in eight years. UST had a showdown with a well-experienced Ateneo de Manila University side.

They came just a win away from ending a nine-year title drought, but eventually bowed down to the Lady Eagles in three exciting games.

Nevertheless, Rondina’s heroics all season long earned her the MVP award – UST’s first in 12 years. She became the second person to capture the highest individual recognition in both beach and indoor volleyball on the same season since FEU’s Wendy Semana did the feat 11 years ago.

Meanwhile, Arocha delivered the goods when needed the most for the Lady Chiefs in NCAA Season 94.

Back in 2004, SportsVision was the first organizer to form a volleyball league in the country. Up to this day, the V-League (now known as the Premier Volleyball League) and Spikers’ Turf continue to give the Filipino volleyball player a medium to showcase their talents.