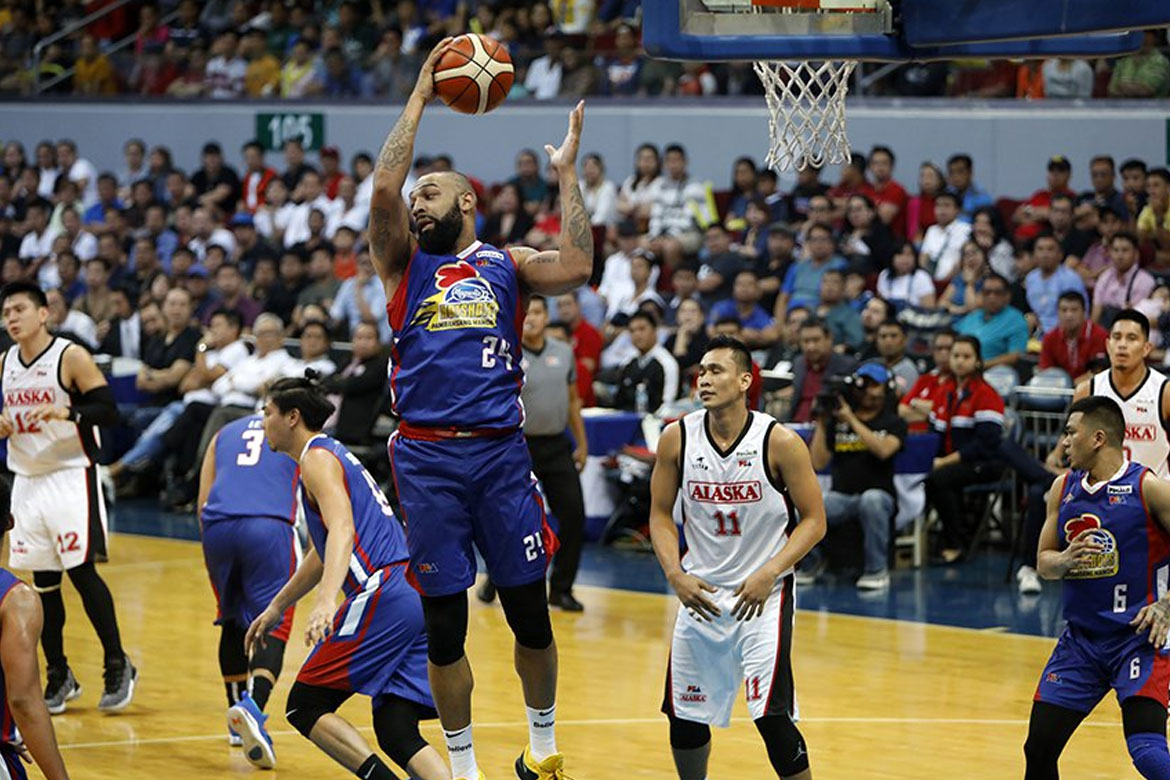 At last, Romeo Travis felt what it’s like winning a game in a PBA Finals.

After getting swept back in 2015, the 33-year-old has broken through three years later. His Magnolia Hotshots scored a 100-84 win over the Alaska Aces – his former team – in Game One of the 2018 Governors’ Cup Finals, Wednesday night.

Travis himself played like a man on a mission, as he produced 29 points on an excellent 54 percent shooting from the floor, along with 13 rebounds, five assists, and a steal in the 39 minutes and 55 seconds he saw action.

But Travis said that he has no special feelings whatsoever towards his first-ever Finals win in the league.

“Actually I don’t feel good about it. I feel like it was supposed to happen. When you go out to play, you aim to win. And we did what we were supposed to do, and it was a good team win,” said the 2015 Best Import awardee after the win.

“Everybody stepped up and everybody played well today.”

Travis was obviously glad with the way the Hotshots played as a whole. But he particularly lauded the way the guards showed up, as they played a major role in propelling Magnolia to a rousing 15-0 blitzkrieg to raise the curtains of Game One.

It was Travis, Robbie Herndon, Jio Jalalon, and Mark Barroca who made that run possible.

“If you ask me, we have the best guards, you know, one of the best guards in the league. We’re deep, we can go four or five guards deep. And everybody plays a different time of basketball but it all fits in a team flow,” said Travis.

The 11-year journeyman himself witnessed how good the Hotshots guards are especially late in the fourth quarter, when the 32-year-old Barroca played the fireman’s role to save Magnolia from Alaska’s rampage.

Barroca scored seven and made a key assist to Paul Lee to lead the Hotshots’ 9-0 run, to close the door on the Aces, who had inched within just eight points after going down by 21, 61-82, with 10:01 remaining in the fourth quarter.

“Mark is a great player, a champion,” said Travis.

“He’s one of the best players on our team, and he’s very calm and steady out there. And even things get little rattled, you can always rely on Mark to go on a little mini run by himself.”