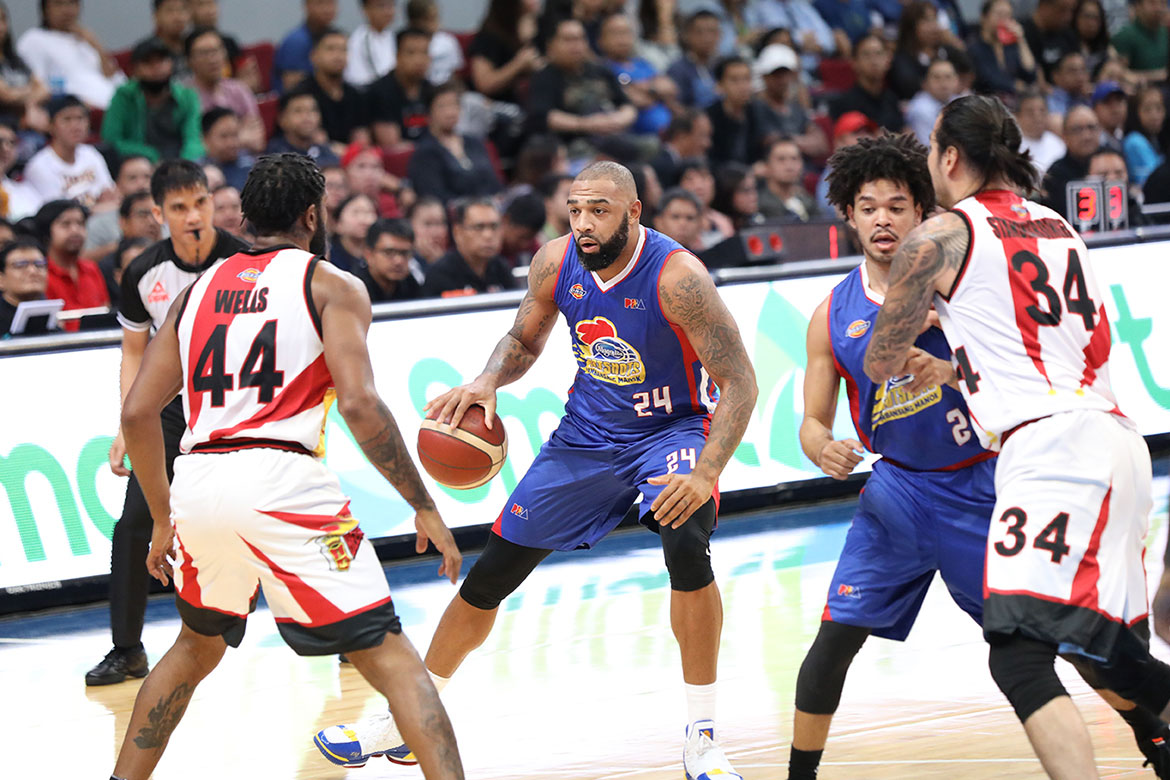 The Magnolia Hotshots suffered a tough blow on Friday evening when they lost Romeo Travis to injury during their 2019 PBA Governors’ Cup meeting with rivals San Miguel Beermen.

The 6-foot-5 import exited the match with only 4:44 left to play after hurting his right ankle during a fastbreak situation when he tried to get past Chris Ross. He did not return to the game.

Without him, the Hotshots suffered a stinging 89-90 defeat, marking the end of their three-game winning streak.

Coach Chito Victolero is concerned with Travis, since Magnolia will play two games next week — one on Wednesday versus Blackwater, and another on Sunday versus Columbian.

The 34-year-old left the venue sitting in a wheelchair. But there is no assessment yet regarding the extent of his injury, so he refuses to worry until they have more information.

“The only reason I’m in a wheelchair is that it’s a long walk through the garage.

“I don’t wanna walk that far until we find out more tomorrow. We are gonna wait until tomorrow before we make any judgments,” added the 12-year journeyman from Akron, Ohio. “It hurts, but we don’t know how serious or not serious it is. I can’t be concerned until I know what it is. Pain comes and goes. It can be very painful and not that bad. We’ll just have to wait and see.”

Friday was a rough night for Magnolia in terms of injuries — Paul Lee lost a tooth minutes after Travis left, though he returned — and especially the defeat that dropped its card to 3-2.

“We had maybe three or four good looks, and we got some good stops, and we held a high-powered offense to ninety. Our goal was to hold them under ninety. We did pretty well,” he continued.

“I’m proud of the guys that kept fighting even after I went down. It would’ve have been easy to give up, but they kept fighting. It’s gonna be a good conference for us.”