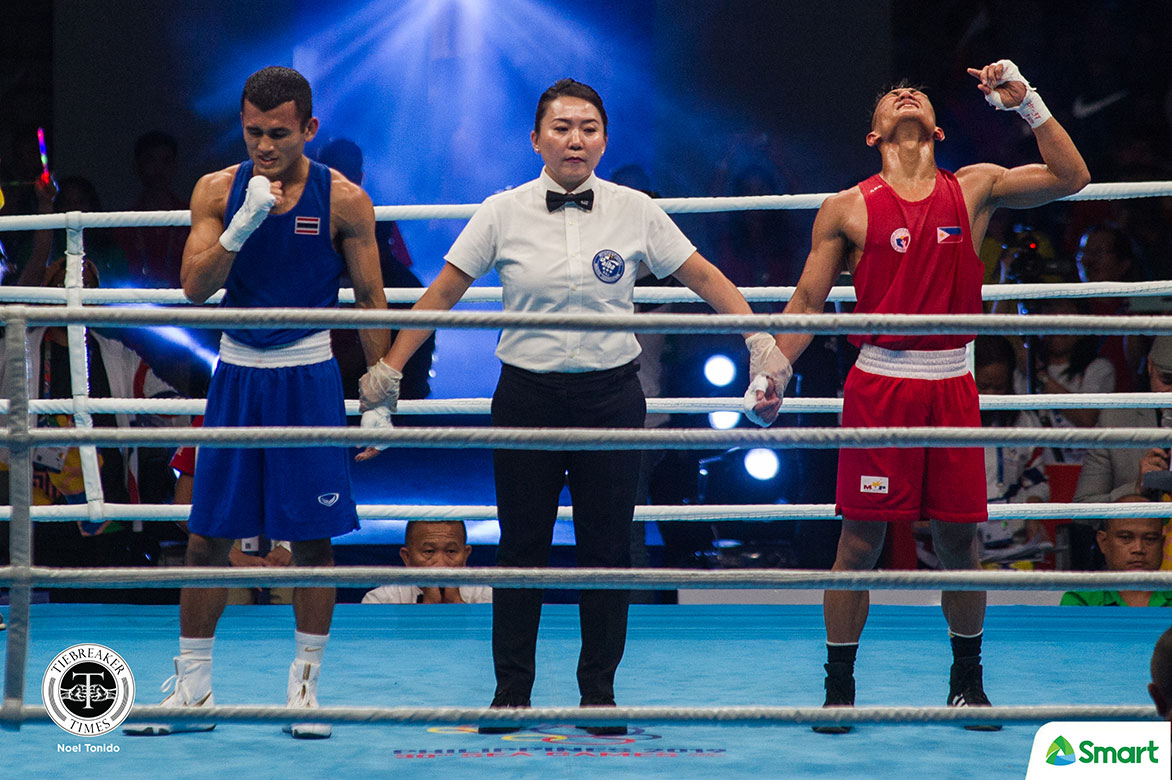 Rogen Ladon struck gold in the men’s flyweight division with a unanimous decision win over Ammarit Yaodam in the 30th Southeast Asian Games boxing finals at the PICC Forum.

The 26-year-old had himself a good first round before overcoming the ruggedness of his Thai foe in the last two rounds to bag home his first-ever gold medal in the regional meet.

“Sobrang saya ko dahil ipinagkaloob ng Panginoon sa akin,” expressed Ladon  who only settled for the silver medal back in the 2015 Games in Singapore, moments after the match.

Ladon won via split decision over Indonesia’s Aldoms Suguro in the quarterfinals. He then defeated Mohamed Hamid of Singapore unanimously in the semis.

So far, the Philippines has two gold medals and a silver, which came from women’s flyweight bet Irish Magno as she bowed to Vietnam’s Thi Tam Nguyen via majority decision.