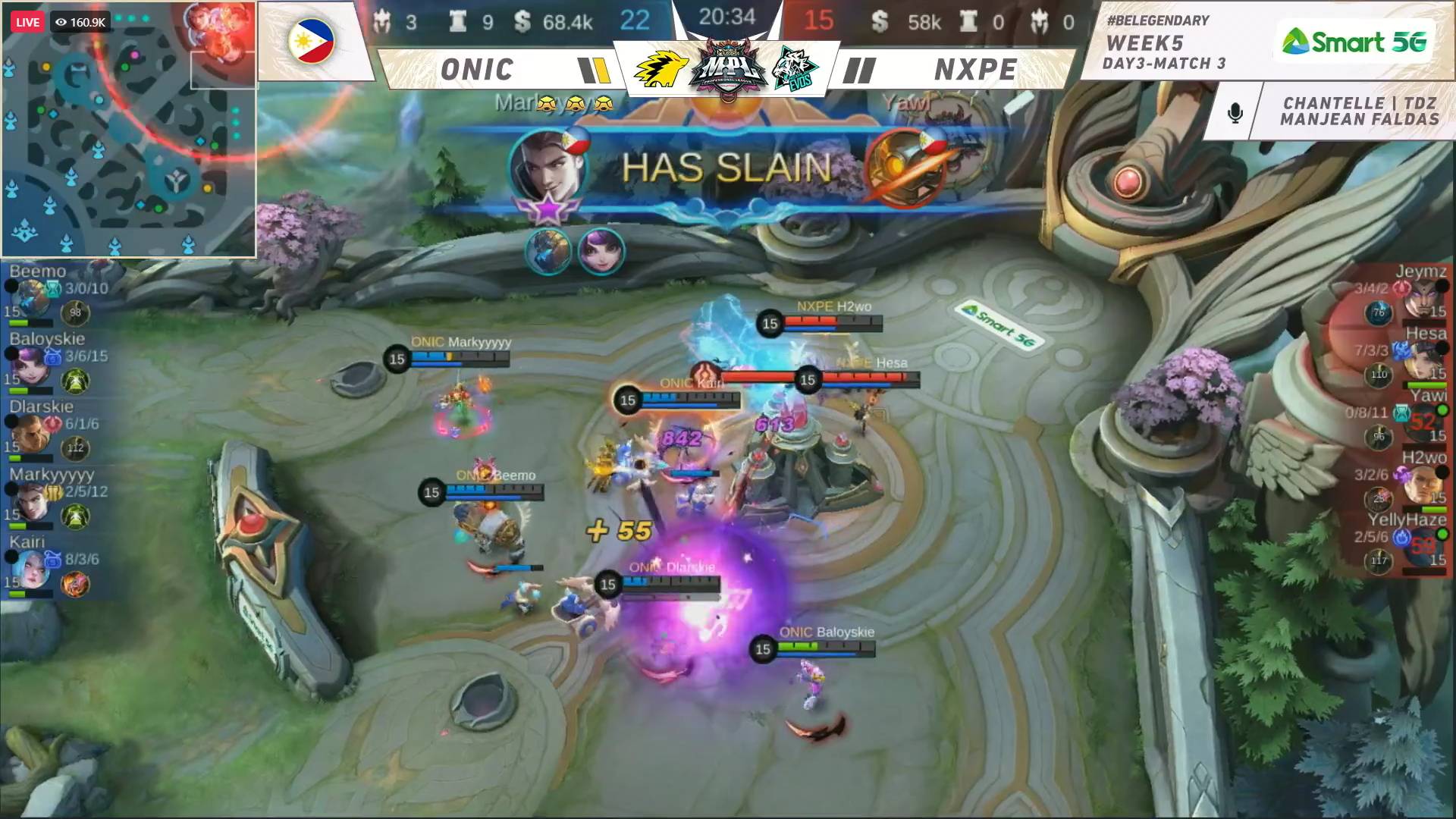 ONIC PH strengthened its grip of second place with 22 points through a 7-4 win-loss standing.

The team went for the jugular in Game Three, unleashing a tank-build Karina on the hands of Kairi “Kairi.” Rayosdelsol

It was a close game for both squads up until the eight-minute mark, where Gerald “Dlarskie” Trinchera’s Paquito dove inside Nexplay EVOS’ outer middle turret and took down Tristan “Yawi” Cabrera (Jawhead) and Jeniel “Haze” Bata-anon (Selena). 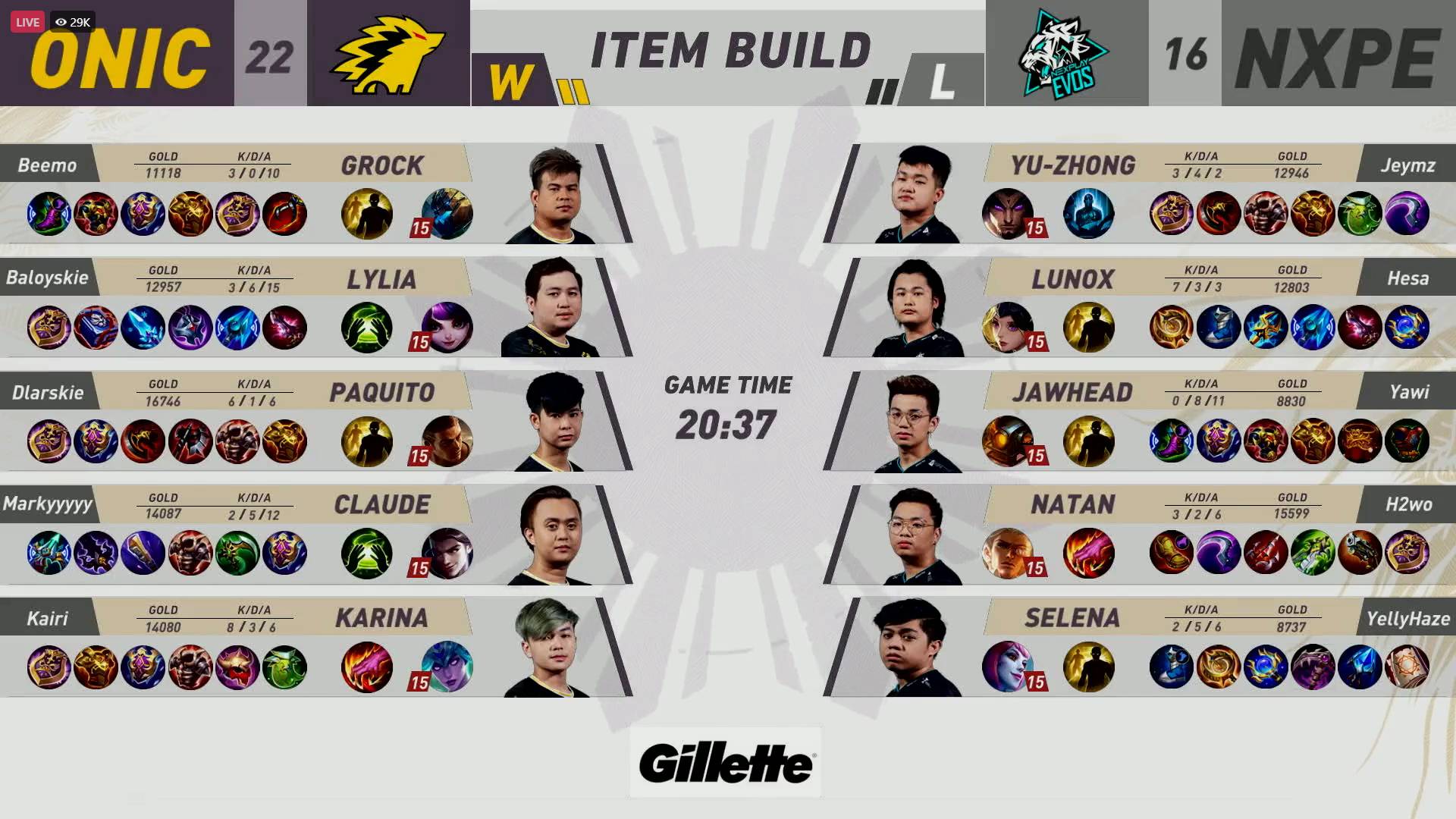 Kairi’s Ling snowballed early in Game One, leaving Nexplay EVOS in the dust as he led his team to a dominant 10-2 win in just 11 minutes and nine seconds to take the early series advantage.

The former Blacklist International jungler finished with a perfect 6-0-2 stat line en route to the SMART 5G MVP award in Game One. 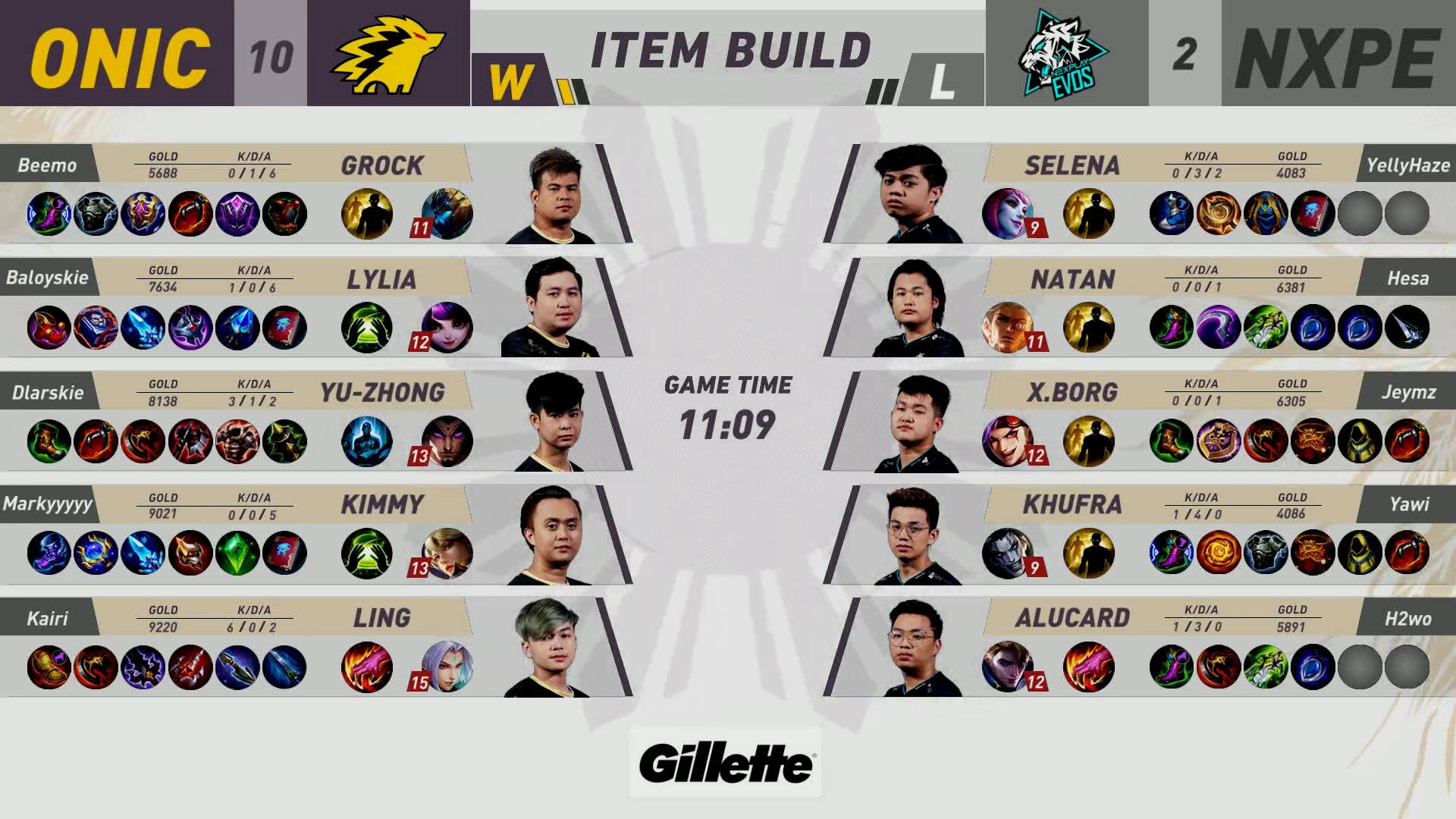 ONIC will square off against the playoff-bound Blacklist International next Sunday at 4:00 PM while Nexplay EVOS will open the league’s sixth week on Friday against ECHO at 6:00 PM.

#ReadMore  Glen Rice, Jr. does not mince words after Game 1: 'We got to be consistent'
In this article:Dlar, Haze, Kairi, Markyyyyy, MPL PH Season 8, Nexplay Esports, ONIC PH, Yawi