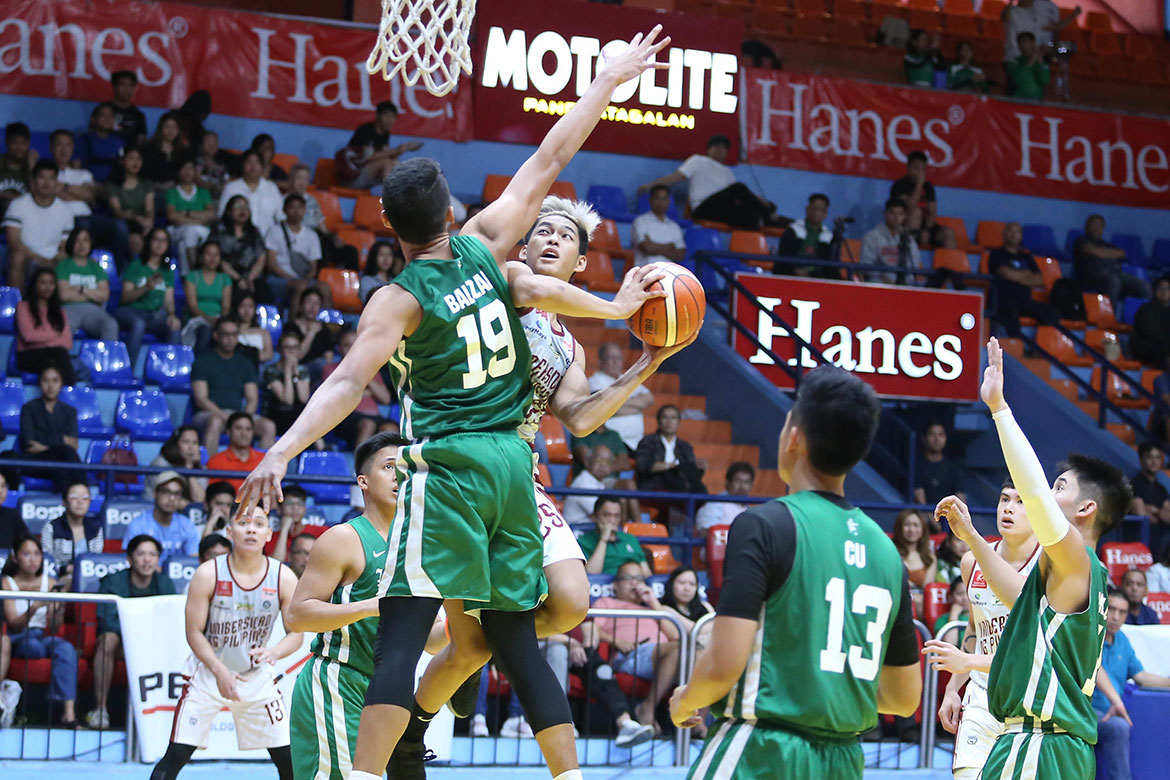 Not wanting to suffer another loss against his former school, Ricci Rivero took charge this time around.

Rivero scored 10 of his 28 points in overtime to power the University of the Philippines Fighting Maroons to a 92-85 victory over the De La Salle University Green Archers in Group A of the 2019 Filoil Flying V Preseason Cup, Sunday afternoon.

“Kudos goes to Ricci, Javi [Gomez de Liano] for helping us. It’s something that we need to learn. It has to be in us to learn how to win,” said Bo Perasol.

After forcing overtime with an emphatic block of Andrei Caracut, the 6-foot-1 guard – who helped steer La Salle to the UAAP championship back in Season 79 – scored the opening basket of extra time.

He later on found Jun Manzo underneath for the go-ahead basket with 3:28 left.

A huge basket by Rivero, followed by an and-one play by Javi Gomez De Liano then provided an 85-81 cushion with 54.0 seconds left.

Four straight free throws – two of which came from an unsportsmanlike foul by Joaqui Manuel – by Rivero sealed the deal for the Fighting Maroons, who are now 2-1.

“The objective of our every game – not just against La Salle – is for us to learn how to win together,” added Perasol.

Rivero finished with 28 points, eight rebounds, two steals, a block, and an assist.

UP did not have Juan Gomez de Liano and Kobe Paras for the contest.

UP will next face San Sebastian on Friday, May 17 at 5:45pm. La Salle take on the CEU Scorpions earlier in the day at 4:00pm.