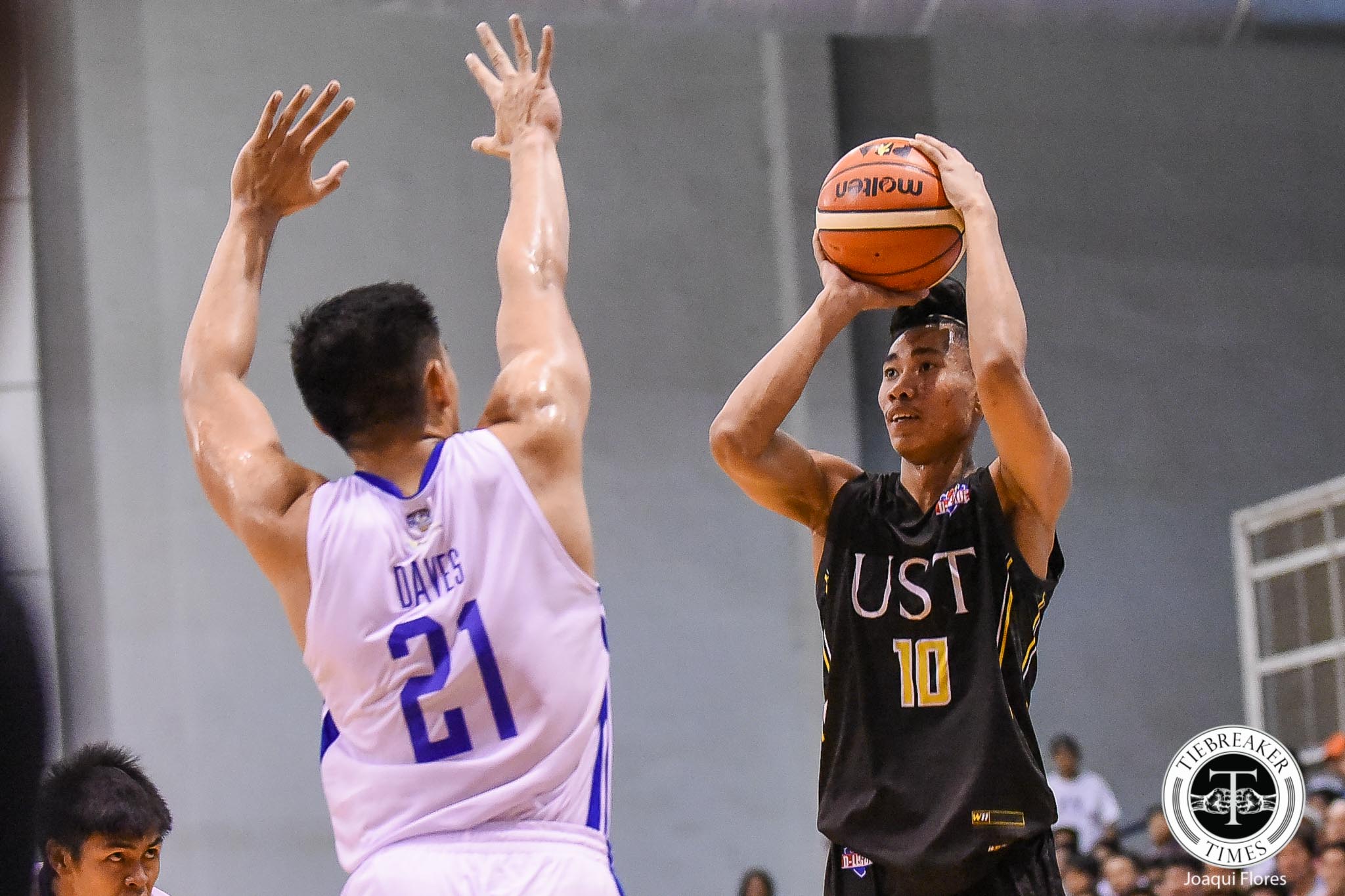 After the UAAP 3×3 tournament over the weekend, Ateneo Blue Eagles star Thirdy Ravena sung high praises for new UST Growling Tiger Rhenz Abando when the latter strutted its stuff on the halfcourt.

“Nakilala ko si Abando. An incredibly athletic, gifted player,” said Ravena, whose side lorded over UST, 19-13, in the finale.

“He is going to be a threat to the whole league in the next coming years.”

Abando has now known about it, and he couldn’t be happier.

After that 3×3 tilt, Abando and Ravena crossed paths anew on Thursday, in the 2019 PBA D-League. And just like in the three-a-side, there had been times that they had gone up against each other.

But this time, Abando and the Growling Tigers reigned victorious, 112-98. The incoming rookie from Pangasinan had been impressive in the blowout victory by producing 21 points, which were spiked by five of UST’s whopping 19 three-pointers.

But more than being inspired, Abando gave credit to his head coach Aldin Ayo for giving him the needed confidence — Abando is now averaging 19.0 points and 5.0 rebounds per game.

“Malaki yung binibigay na kumpiyansa sa amin ni coach,” said the transferee from Philippine College of Science and Technology in Calasiao, who still has four years of eligibility in the UAAP.

READ  Derrick Pumaren made sure that Santos, CEU believe that they belong in D-League Finals
Related Topics:2019 PBA D-League SeasonRhenz AbandoUST Men's Basketball
Up Next

Thirdy Ravena playing for Cignal-Ateneo depending on acads schedule