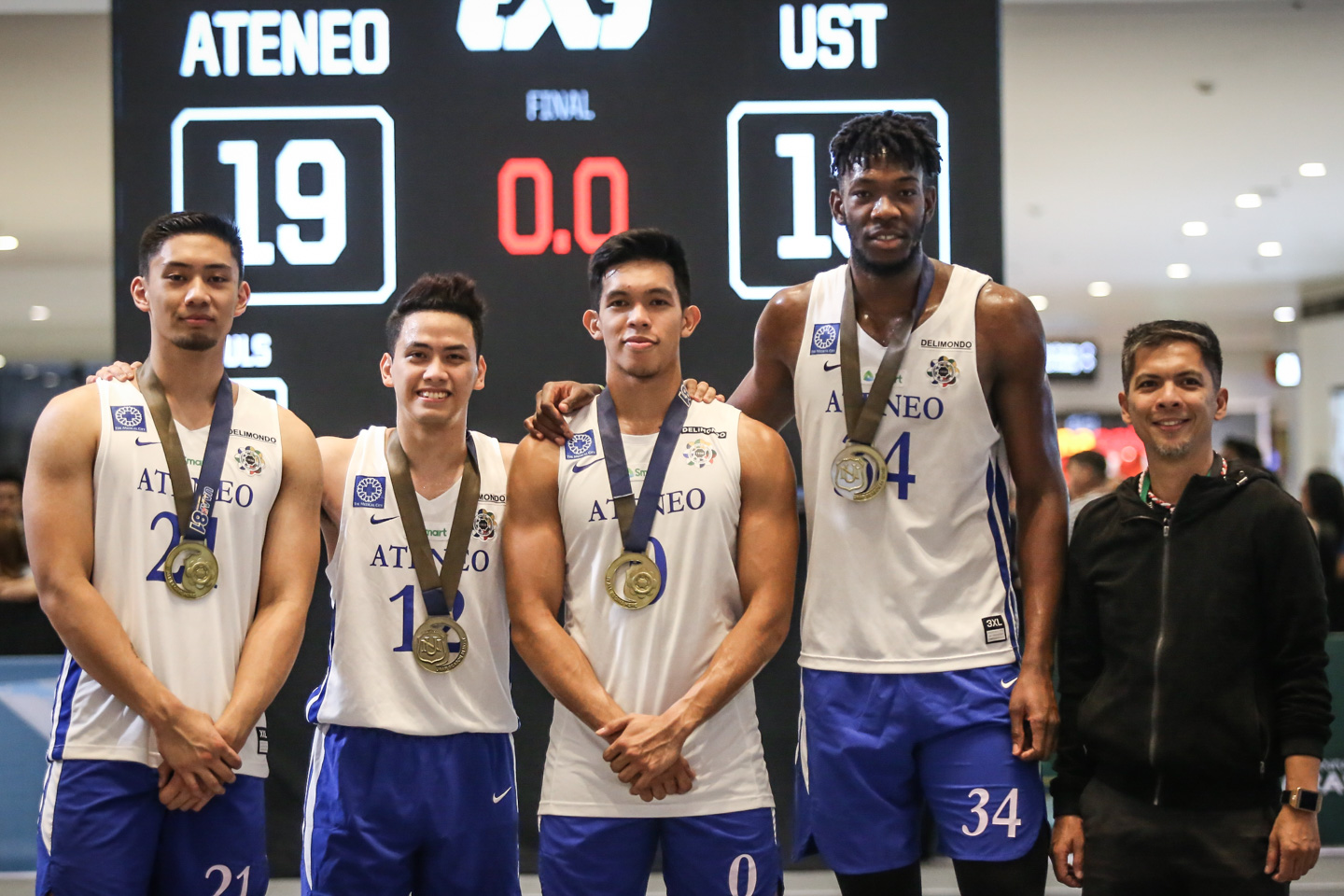 Another trophy will head to Loyola Heights.

This is Ateneo’s sixth championship in the span of one year.

During the summer, they took home the championships in the Chooks-to-Go Filoil Preseason Cup, the Breakdown Basketball Invitationals, and the SMART City Hoops. They would go on to win the UAAP Season 81 Men’s Basketball crown before bagging the PCCL National Championship last month.

The quartet of Ravena, Angelo Kouame, Matt Nieto, and Matthew Daves went on an eight-game tear in the second edition of this tournament.

“Of course, it’s always a great feeling to represent not just the country, yun nga, galing akong Qatar and Kazakhstan, but also the school,” said Ravena. “They made me who I am right now and they’re a big part of me giving back. Kahit pagod ako, may sakit nga ako last week, but when they call for your service, it’s fine for me.”

To get to the finals, Ateneo, who had defeated La Salle 13-7 in the elimination round, blasted their arch-rivals in the Final Four, 13-7.

UST, on the other hand, escaped the UP Fighting Maroons, 14-11 in the semis. Soulemaine Chabi Yo was instrumental in the win, tallying a double-double with 10 points and 13 rebounds.

UP ended up with bronze.

Last season, Ateneo did not even make the Final Four of this halfcourt tourney.