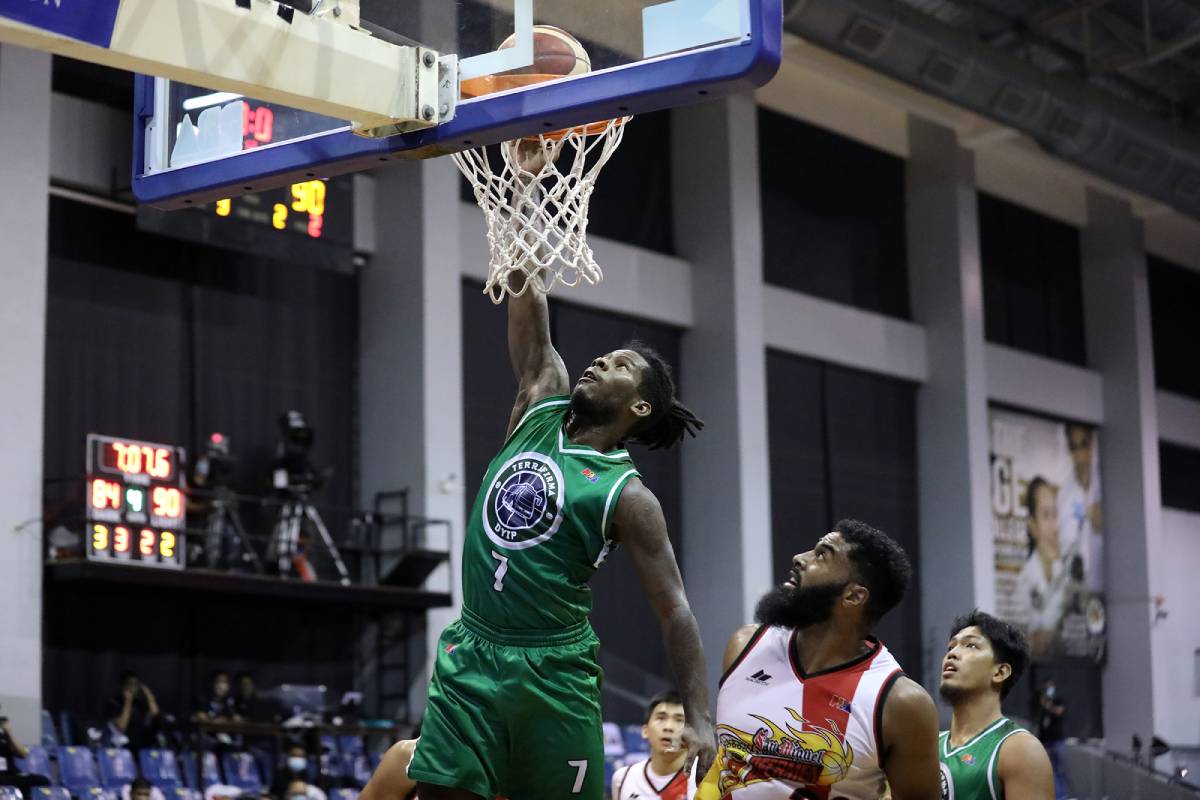 CJ Perez is headed to the San Miguel Beermen.

This as according to a report by the Philippine Star’s Nelson Beltran, the 6-foot-2 combo guard is set to be traded by Terrafirma.

In exchange, the Dyip will get point guard Gelo Alolino, swingman Matt Ganuelas-Rosser, stretch forward Russel Escoto, and the eighth pick in the upcoming 2021 PBA Draft.

This trade has long been rumored but is now in the hands of the PBA office.

Of the three current San Miguel players, only Alolino and Escoto went in the PBA bubble.

Alolino, the 14th overall pick in the 2016 PBA Draft, was picked up as a free agent by San Miguel during the 2020 off-season. He averaged 2.2 points in five games played.

Escoto, who was part of the same draft albeit in the Gilas class, played in 11 games and averaged 1.82 points and 2.91 boards.

Ganuelas-Rosser, the fourth overall pick in the 2014 draft, did not go to the bubble.

If approved, the Dyip will have three picks in the first round of the draft set on March 14 as it also owns the top overall picks in both the Gilas and Regular draft.

This is not the first time the Terrafirma franchise made a deal with San Miguel for a top pick.