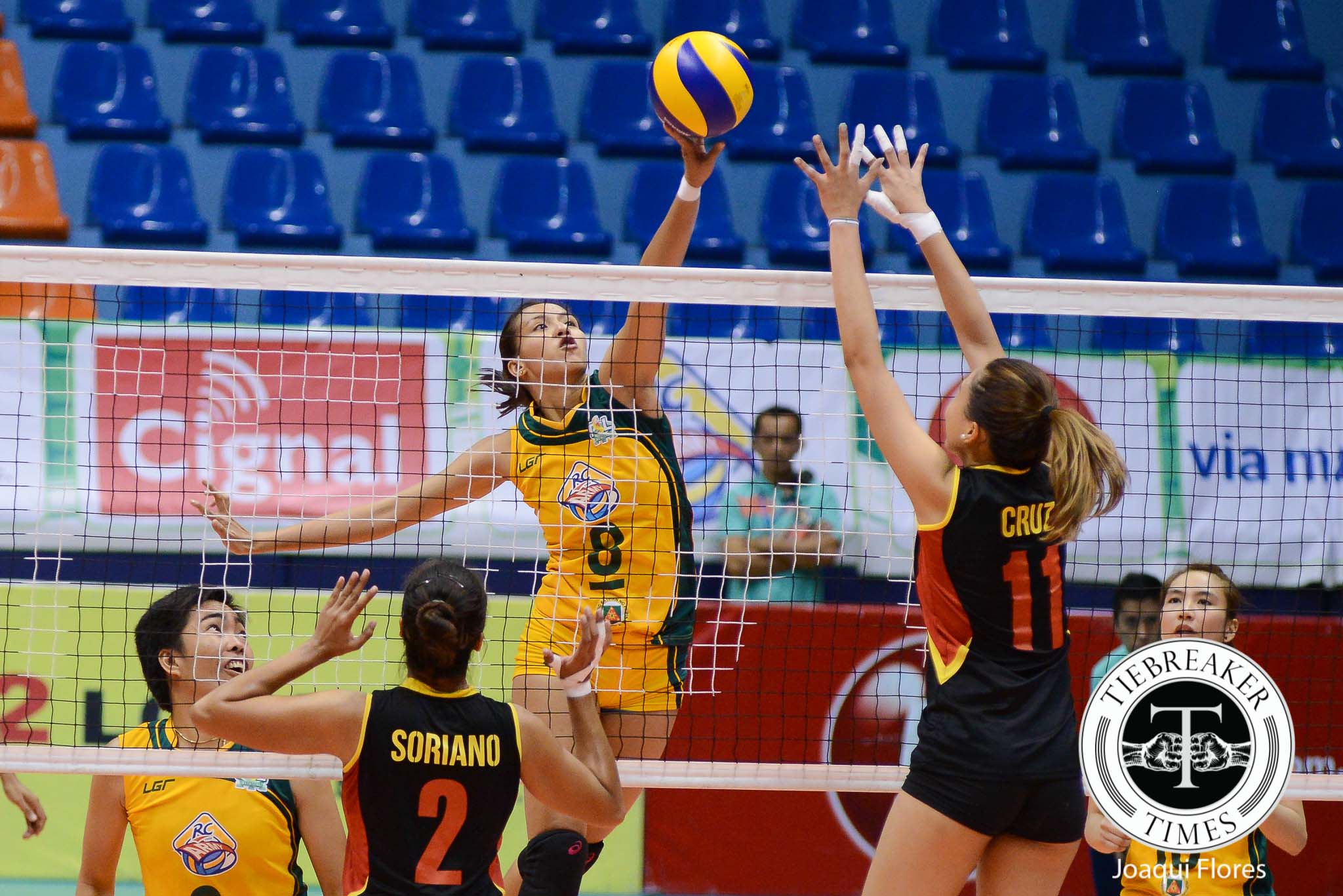 Cha Cruz, Aby Marano, and Danika Gendrauli took turns scoring 2 points each to create a 6-4 F2 lead in the opening set. While the Cargo Movers were able extend their lead to 3 at 8-5, a string of errors put the deficit to a single point at 9-8. RC Cola were unable to capitalize, and a Marano block put the lead back to 3, 12-9.

F2’s errors eventually allowed RC Cola to tie the set, and a Rachel Anne Daquis kill put them at the lead, 14-13. Both teams traded points, resulting in a tie at 15, but a Daquis down-the-line spike put the Lady Troopers ahead at the second technical timeout of the set. RC Cola carried their momentum to a 19-15 lead, care of a Royse Tubino kill. F2 fired back behind the efforts of Cruz, who scored 3 of the team’s next 5 points to tie the set at 20. RC Cola would not be deterred, however, scoring 5 of the last six points of the set.

F2 were able to wrestle an early 3-1 lead in the second set, but back-to-back RC Cola points tied the set at 3. This did not stop the Lady Troopers, however, as they outscored the Cargo Movers for a 16-11 lead. From there, the Lady Troopers were content to trade points with F2.

RC Cola continued their strong play in the opening moments of the third set, erecting an 8-3 lead early on. F2 were once again unable to control their errors, allowing the Lady Troopers to keep their distance. RC Cola were able to push their lead to double digits, 20-10, after a Jovelyn Gonzaga kill. In a last ditch effort, F2 trimmed the lead to 7 after a Cruz drop ball, but RC Cola’s lead was just too much to overcome.

READ  Navy opens second round with sweep of Amy's Kitchen

RC Cola were led by Royse Tubino, who top-scored the match with 18 points, 16 off of attacks while pitching in an ace and a block. Daquis was the other Lady Trooper in double digits, scoring with 11.

For the Cargo Movers, Paneng Mercado led the way with 11 points, while Aby Marano pitched in 9, and Pau Soriano had 8 points.

Happy with his team’s 2-0 record in the final round, RC Cola head coach Kung-Fu Reyes shared that his team’s main objective now is to beat the visiting Thai team, EST Cola.

RC Cola and EST Cola clash tomorrow, 2:30pm, April 9, at the FilOil Flying V Centre. F2, on the other hand, will attempt to nab their first win of the round when they go against the Petron Tri-Activ Spikers at 12:30 at the same venue.