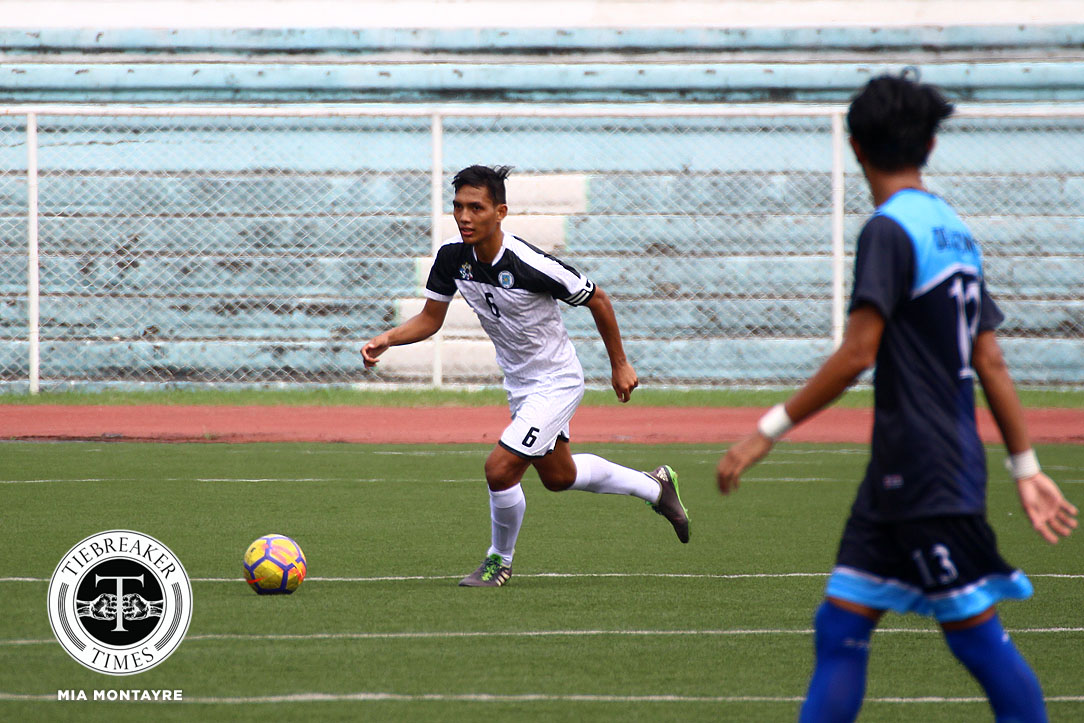 When the University of Santo Tomas Golden Booters needed a boost — and moreover, a goal — their captain Ian De Castro delivered.

The late header from the senior forward propelled the España-based side to their third consecutive Final Four stint, brushing aside the University of the East Red Warriors, 2-1, Thursday afternoon at the Rizal Memorial Stadium.

With high stakes, both teams tried to string up a bunch of passes before sending the ball into their opponent’s goal.

UST had good looks at the net, but UE were alert to intercept the deliveries. Goalkeeper Frank Rieza was also instrumental, as the Red Warriors kept the scoreboard clean.

Nonetheless, when their own opportunity came, the Recto-based squad took advantage. Regil Galaura received a through ball on the right flank, before zigzagging through the defense. The striker found Jasper Absalon to his left and laid it out for him, then the latter gave it back to Galaura for the finish, just eight minutes into the match.

The Golden Booters were not lacking chances to level the score, but those numerous opportunities went begging and the score was kept 1-0 at the break.

Regarding the match as boring, UST head coach Marjo Allado subbed in not just one, but three players at the restart. That visibly changed the complexion of the game, and the white-shirts mounted a comeback.

UST found the much-needed equalizer in the 55th minute when former skipper Gino Clarino slotted the ball into the net on the rebound off an initial shot of current captain De Castro.

With 15 minutes left in the match, UE could have gotten the lead back, but Mar Diano was adjudged offside the moment he received the ball.

It took a while for the Golden Booters to double the lead, but with their relentless attacking, it was bound to happen. And a goal arrived just in time, with only two minutes left in regulation.

From a broken play off a corner kick, the ball kindly bounced in front of De Castro, and he headed the ball into the net before Rieza could even react. The lead stayed the rest of the way, as the Tigers avenged their first round loss to the Red Warriors — and more importantly, booked their place into the last four.

Allado gave all the credit to his boys after the win. “Deserving sila, especially nung second half. Yung come-from-behind win na ‘to, malaking bagay sa’min,” he said.

Nonetheless, he hopes that his players will give time for conditioning in order to compete at a higher level.

The Golden Booters (22 points) will look to lock in that third spot, as they battle also-ran National University Bulldogs (16) on Sunday, April 15, at 5:00pm. On the other hand, the Red Warriors (16) will try to end their season with a win past De La Salle University Green Booters (20) earlier that day at 3:00pm. Both matches will be at the same Manila venue.