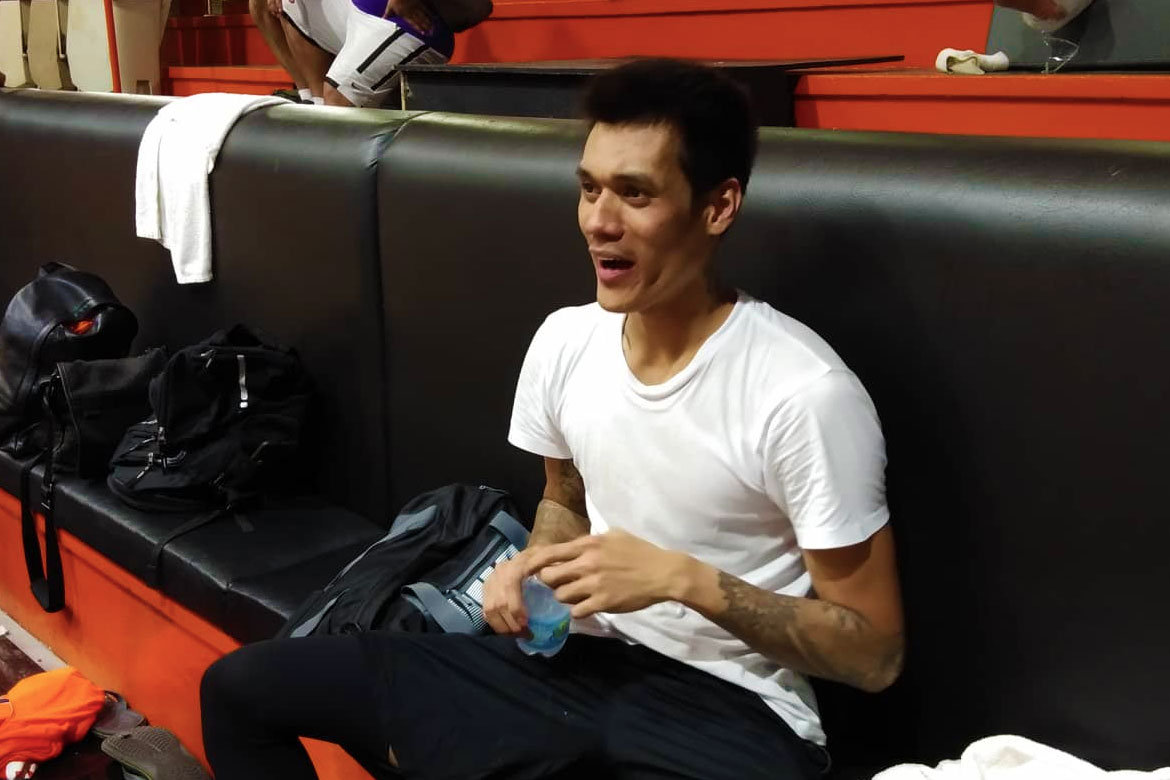 After spending his first six years in the PBA with the Rain or Shine Elasto Painters, Raymond Almazan now looks for a fresh start with new team Meralco Bolts.

The 6-foot-8 center attended the Bolts’ practice on Thursday at the Meralco Gym in Pasig City. This was his first session with his new team since the Elasto Painters traded him earlier this week in exchange for two future first-round picks.

Almazan did not participate in full contact drills, though, and only took part in shoot-arounds with his new teammates. He has yet to regain shape following a long time off due to a calf injury and a sprained ankle.

“Sana ma-fill up ko yung gap na yun so I can help the team.”

Almazan admitted that he was slightly uncertain of how things would play out once he set foot in his new home. But he liked the reception he received, as the Orangemen welcomed him warmly and with open arms.

Almazan joined the Bolts three days before their debut in the 2019 Commissioner’s Cup. But head coach Norman Black said that the Letran product will not see action in Sunday’s bout versus the Blackwater Elite.

“Definitely, he won’t play Sunday. That’s out of the question. I don’t think he’s played in seven weeks so I don’t expect him to come out and play on Sunday, especially considering he doesn’t know anything that we’re doing in our system,” said Black, who has said before that Almazan will definitely make Meralco better.

“We got Raymond Almazan not for the first game of this conference but for hopefully the next three, four, five years.”

With that, Almazan cannot wait to suit up for Meralco. And he is also looking forward to facing his old team Rain or Shine on May 31 – that might also be his first game for the Bolts, depending on how long he has to recover.