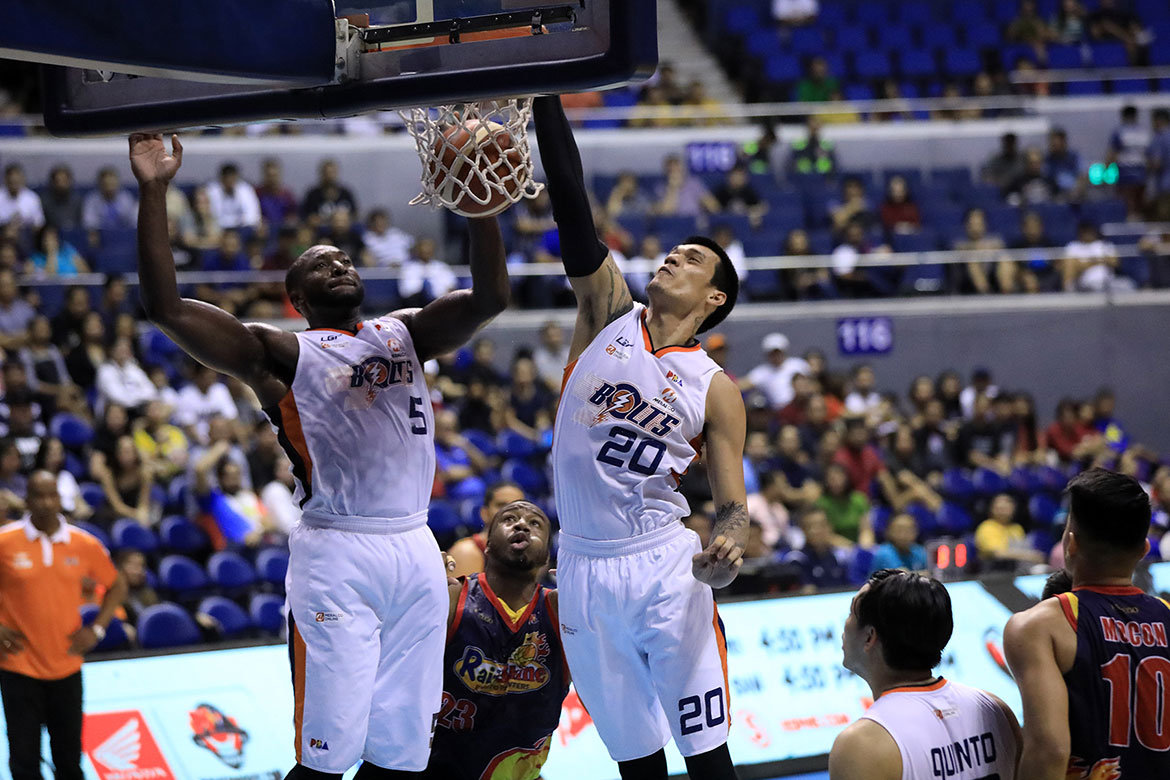 Raymond Almazan showed up versus his former team when the Meralco Bolts took on the Rain or Shine Elasto Painters on Sunday evening.

The 6-foot-8 big man was in his element, flirting with a 20-20 outing. He eventually finished with 18 points and 19 rebounds in the 35 minutes and 23 seconds he saw action.

It marked the first time that Almazan played against the Elasto Painters since they traded him to the Bolts last May in exchange for 2019 and 2021 first-round draft picks.

However, Almazan said he had no vendetta while facing the team that used its third pick on him in the 2013 Draft. In fact, he even had fun going up against them.

Almazan may have posted impressive numbers yet again but that, unfortunately, did not result in a win. The Orangemen collapsed in the fourth quarter and lost, 81-83.

Almazan still had a chance to tie the game up and send the game into overtime. Unfortunately, he was unable to catch Allen Durham’s pass properly, resulting in a missed shot from point-blank range.

The loss ended Meralco’s five-game winning streak, but it had no bearing on the Bolts since they are already assured of a Top Four finish, plus a twice-to-beat advantage for the quarterfinals.

For Almazan, this will serve as a good lesson for the whole team heading into the next round.

“We need to learn from it na lang siguro. Tsaka okay nang matalo before coming to (the playoffs). May twice-to-beat advantage, at least hindi kami magre-relax and ready kami in every game.”

Eduard Folayang takes the win, but feels he should have done more