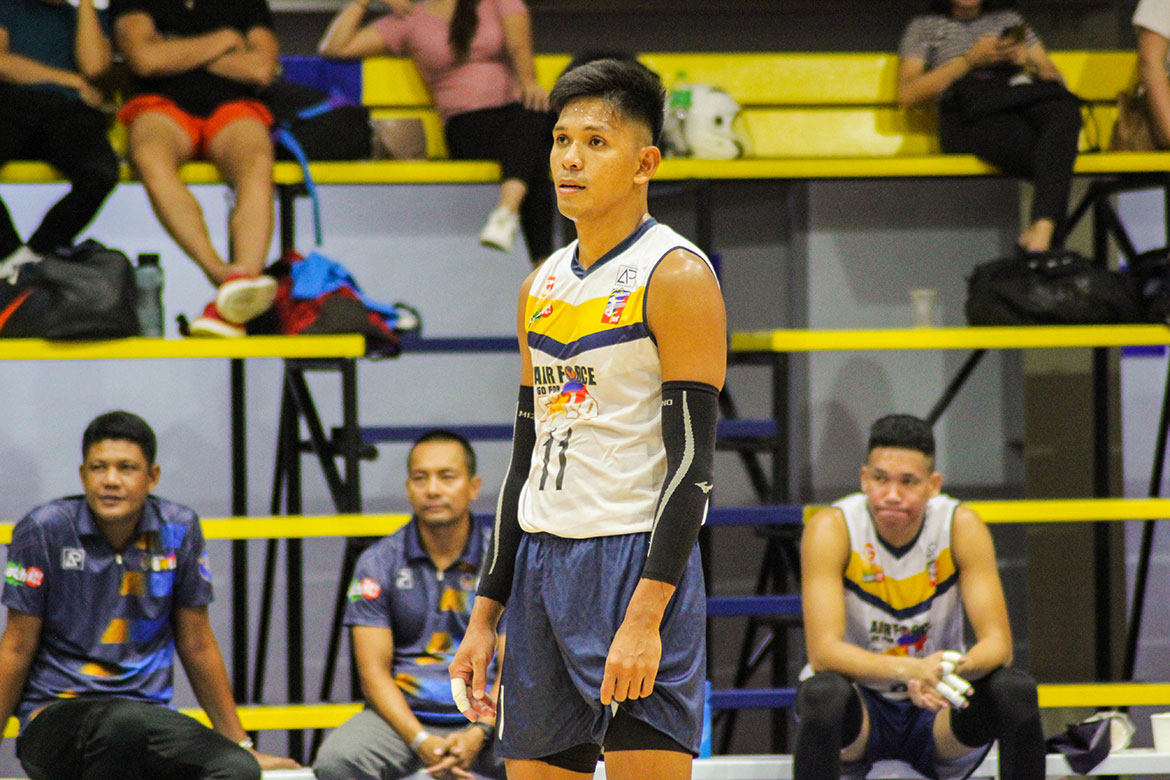 Midway through Game One of their best-of-three semifinals against PLDT, Go For Gold-Air Force head coach Rhovyl Verayo called his ace spiker Ranran Abdilla to the side.

Knowing his star’s capabilities, the multi-titled tactician told Abdilla to stop dropping the ball and go back to his old ways –attacking the ball relentlessly as hard as he could.

Upon hearing his coach’s request, Abdilla responded and went on to finish the game with 25 points, 22 of which coming from attacks, while also leading his team in a tight fifth set to gain a 1-0 advantage.

Abdilla – who is coming off a bronze stint with the National Team in the 2019 Thailand Open Sealect Tuna Championships, admitted that he is feeling a bit under the weather, as they only landed in the country at 8:00 pm last Wednesday.

Still, the five-year pro had to gut it out for his mother team.

Having faced the Power Hitters for a long time, Abdilla knows what PLDT is capable of, that is why it is very important for them to close it out in Game Two on Sunday.