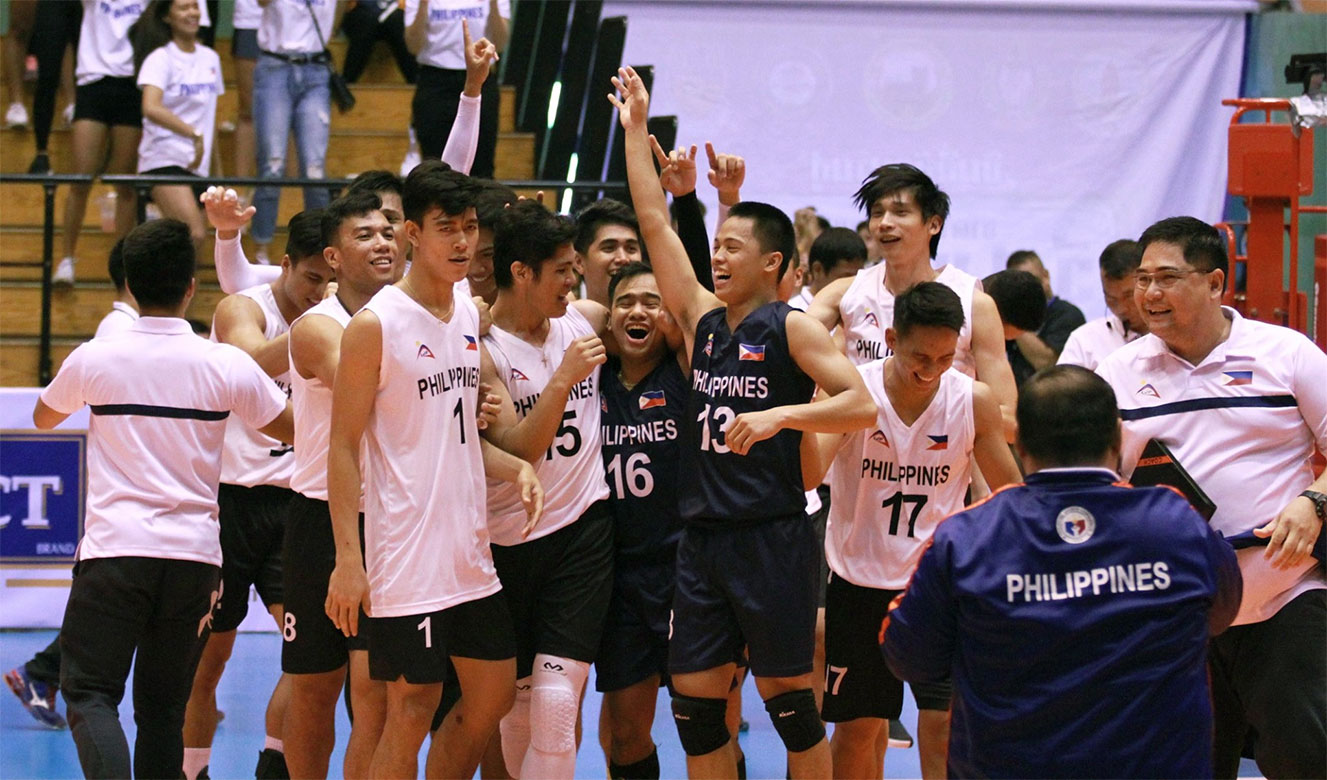 Despite losing the first two sets, Rebisco-Philippines managed to claw their way back and wield the upset axe on Thai-Denmark Saraburi in a five-set conquest, 22-25, 27-29, 25-18, 25-18, 26-24, to win bronze in the 2019 Thailand Open Sealect Tuna Championships at the Wee Sommay Gymnasium in Sisakaet, Tuesday.

Marck Espejo posted monster numbers for the Philippines, finishing with 35 points built on 27 attacks, five blocks, and three aces while Bryan Bagunas unloaded 22 points, 21 of which came from attacks.

In the fifth set and the Filipinos’ hopes hanging in the balance, Espejo and Bagunas scored on consecutive hits to tie the game at 12-all. Espejo committed a service error which put the Thais ahead by one, 12-13.

Kim Malabunga was able to tie the game at 13-all. It was a nip-and-tuck affair from there, but the Nationals’ strong desire to win paid off as they were able to eke out a narrow 26-24 victory to settle for a bronze medal finish in the six-team meet.

Malabunga had 12 points on six blocks.

It was a huge step forward for the Nationals who had to dig deep in every set.

After trailing by five heading into the second technical timeout of the second set, the Nationals – led by Espejo and Kim Malabunga displayed their net defense and uncorked a 4-0 rally to cut the deficit to a solitary point, 15-16.

Tied at 23-all, Ranran Abdilla unshackled the scores to put the Filipinos ahead by a point. Malabunga was able to tie the score at 27-all with a quick. However, a well-executed attack from Saraburi and an error from Jessie Lopez placed Rebisco to a 0-2 disadvantage.

The Nationals then rallied behind Bryan Bagunas and led by as much as seven points to take the third set. In the following frame, Espejo ran roughshod on Saraburi, firing three points on Rebisco’s 4-1 run to extend the game to a decider.

All in all, the Philippines imposed its length on the Thai-Denmark squad, out-blocking them 22-5.

This tournament is part of the national team’s exercise for the upcoming 2019 Southeast Asian Games.