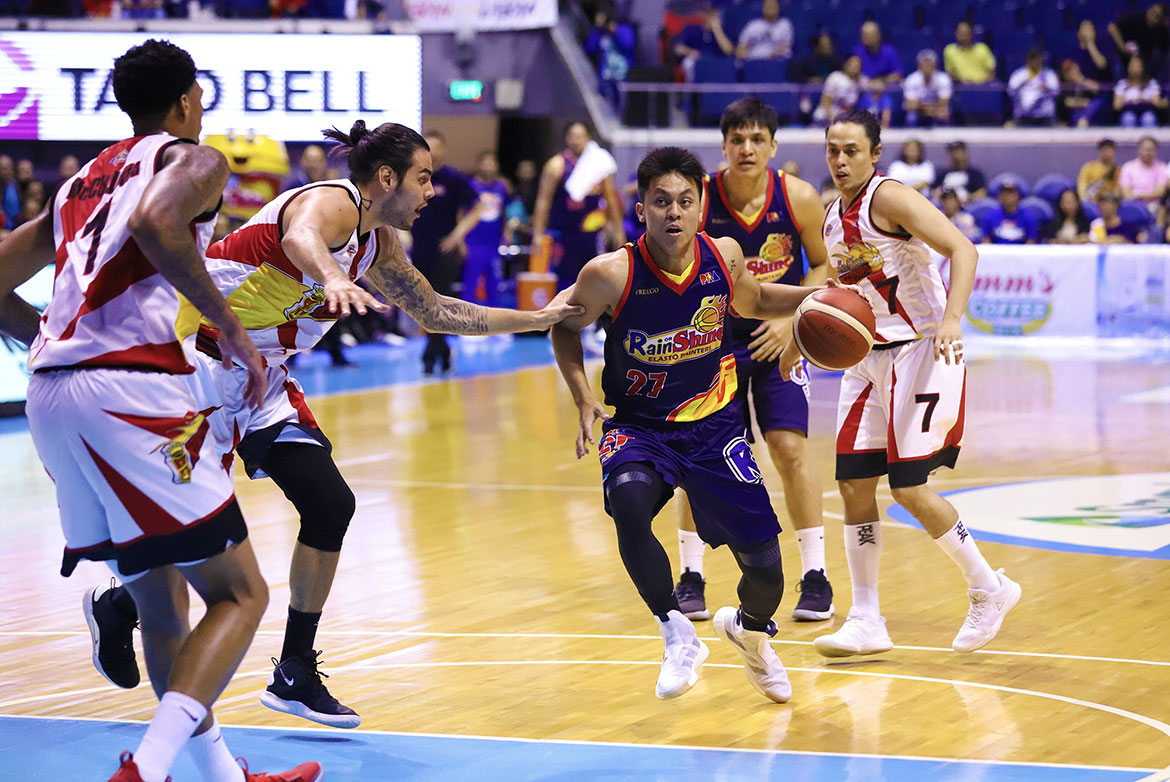 Rain or Shine survived the 51-point explosion of Chris McCullough to beat San Miguel, 112-104, to extend their 2019 PBA Commissioner’s Cup semifinal series to a Game Four, Wednesday night at the SMART Araneta Coliseum.

Import Carl Montgomery set the pace for the Elasto Painters with 25 points and 15 rebounds, while sophomore guard Rey Nambatac led the locals with 22 points on 6-of-13 shooting from the field to go with three rebounds and two assists.

It looked like the same old story for the Elasto Painters since they squandered a 37-19 lead in the second quarter, as the Beermen roared back and scored a total of 38 points in the said period to forge a 54-all deadlock at the half.

And come the game’s final minutes, Rain or Shine found itself staring at a 102-104 deficit with 1:35 left to play.

But they did not have a meltdown this time around.

Gabe Norwood buried a corner three all over McCullough’s defense, and Nambatac did not waste his chance on the charity stripe as he coolly sank both shots for a 107-104 lead with 34.2 seconds to go.

McCullough tried to halt Rain or Shine’s run by driving hard to the rim for a bucket but got denied by Norwood.

Moments later, Beau Belga would knock down a booming triple over June Mar Fajardo with 11.2 seconds left to play, which proved to be the dagger. Javee Mocon then sank his freebies in the last seconds to settle the final count.

“The players came out, played hard. Rey, our import played his best game, then Beau hit a big three-point shot. We just didn’t wanna lose today. So we hope that we can still extend the series again and try to bring it to a Game Five,” said Garcia.

Belga had 16 points, seven rebounds, and six assists. Mocon had 16 as well, while Norwood made 11 in the win.

The Beermen’s loss wasted the efforts of McCullough, who has tallied the highest scoring output of an import so far in the current mid-season joust, eclipsing the 50 made by Barangay Ginebra’s Justin Brownlee last July 14.

Alex Cabagnot had 16 points, as Christian Standhardinger added 14 markers and 11 caroms in the defeat.

Game Four of the best-of-five affair is on Friday, August 2, 7:00 PM still at the SMART Araneta Coliseum.