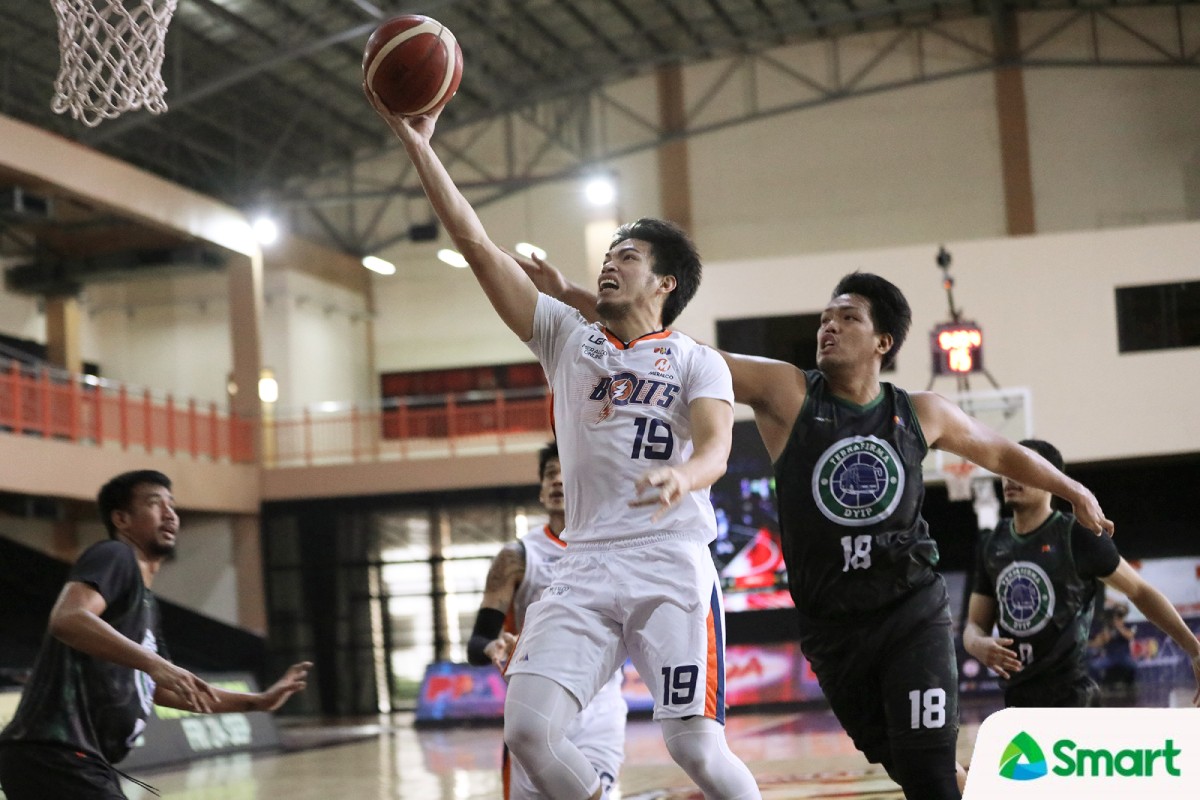 Meralco returned to action on a triumphant note by adding to the struggles of Terrafirma, 95-83, in the 2021 Honda PBA Philippine Cup, Thursday at the Don Honorio Ventura State University Gym in Bacolor, Pampanga.

Coming back from a week-long layoff due to health and safety protocols, the Bolts pulled away in the fourth quarter towards their sixth win of the conference that kept them firmly in the second spot of the team standings.

And they accomplished such despite the absence of vets Chris Newsome and Cliff Hodge, as well as members of the coaching staff.

“We always study the other team and prepare for their offense and their defense,” said head coach Norman Black. “But today, I thought it was more about us. We’re missing two key players because of the health protocols.”

The decorated mentor’s rotation, though, got even shorter when Aaron Black hurt his right hand just two minutes into the game. He never came back as he was immediately sent to the hospital to undergo x-ray.

“I just got word that he hurt his hand. He didn’t break it. I’m not sure how serious it is yet. He has to go to the hospital to get x-rays. So we’ll figure it out later. But at least it’s no broken bones,” said a relieved Black.

That only left Black with 11 players to work with. But fortunately for him, each and everyone was willing to take on the challenge.

Bong Quinto led Meralco with a game-high 17 points and eight rebounds. Anjo Caram played his best game of the tilt thus far with 13 points and five assists, as Allein Maliksi supplied 12 points on 5-of-11 shooting.

“Pinag-usapan namin as a collective unit na if we want to win this game, we have to do it together. Magtulungan kami inside the court. And that worked for us very well in this game,” offered the 30-year-old Caram.

Hugnatan, who’s now in his 18th season, was the one who kick-started the Bolts’ late-game pull away, converting back-to-back three-point plays to turn a 75-all deadlock to an 81-75 advantage with 10:23 remaining.

The Dyip tried to keep at par behind Matt Ganuelas-Rosser and JP Calvo. But Caram hit a triple off the glass, followed by baskets from Quinto, Hugnatan, and Raymond Almazan for a 12-0 run to make it 93-79 with 2:18 left to play.

“It was a very tough game against Terrafirma. But our defense held up in the second half, and the guys came up with big shots. Everybody really contributed, and I can really say it was a team victory,” Black lauded.

Meralco will now look to sustain its winning ways against the still-winless Blackwater on Saturday at 2:00 p.m.

Aldrech Ramos, meanwhile, had 15 points to lead Terrafirma in its third consecutive defeat, dropping its record to 3-7.

The Dyip now hopes to keep their playoff hopes alive in their final elimination round assignment against Alaska on Sunday at 7:00 p.m.