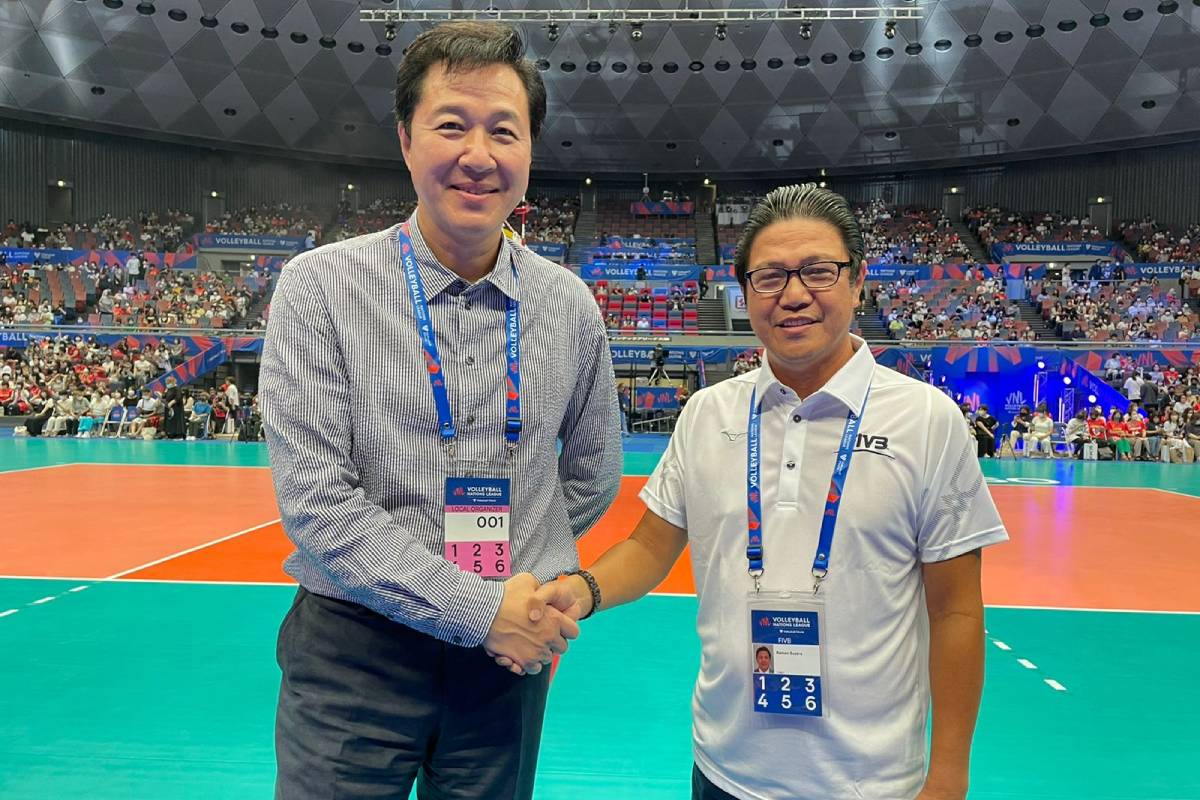 The Philippine National Volleyball Federation (PNVF) and Japan Volleyball Association (JVA) forged on Friday a collaboration that would benefit both federations’ national teams.

PNVF President Ramon “Tats” Suzara announced the partnership after he met with his counterpart, JVA head Shunichi Kawai, in the ongoing Week 3 of the Volleyball Nations League (VNL) in Osaka. 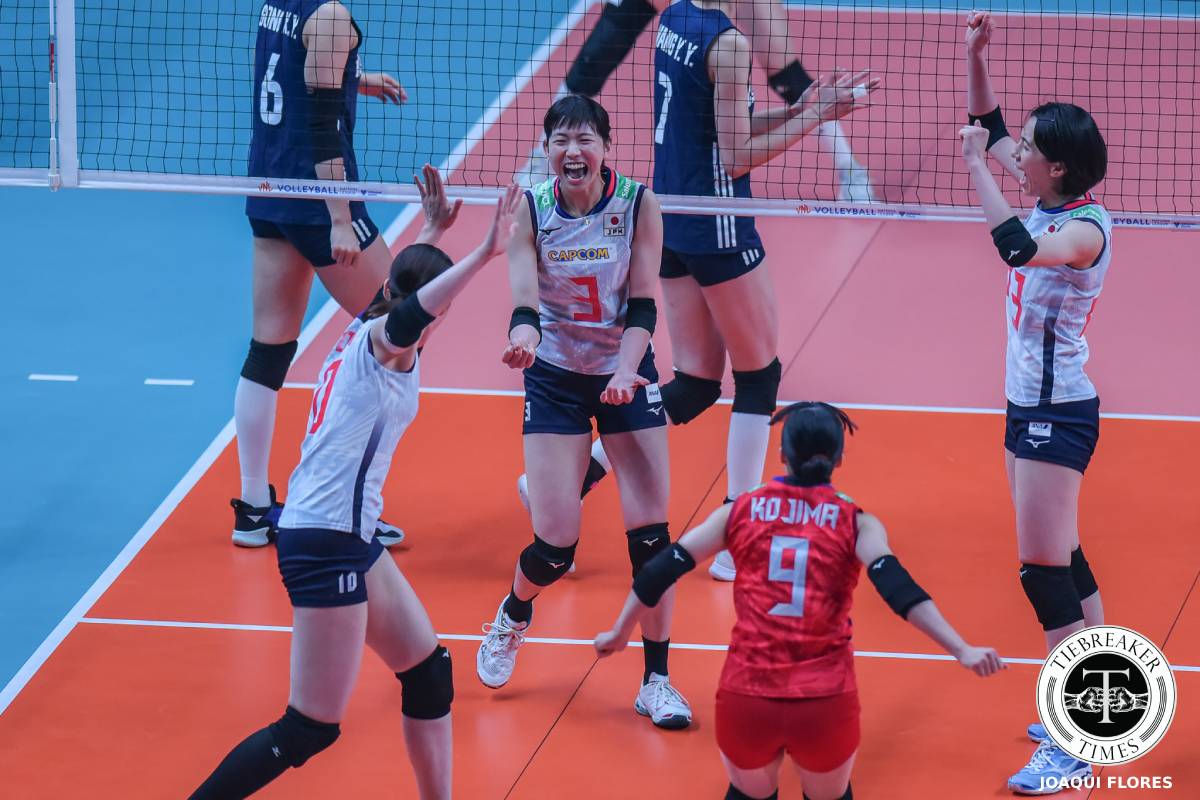 “This is a positive development for Philippine volleyball as the JVA is committed to supporting our national team program,” said Suzara, who’s in the Osaka VNL as a Technical Delegate.

The Toyota Center of the Toyota Motor Corp. is Japan’s largest all-weather beach volleyball facility that also has two indoor courts at its Kinuura Plant in Hekinan City, Aichi Prefecture.

The partnership also involves the PNVF’s support for the promotion of Japan’s men’s national team competing in the VNL and the conduct of friendly matches or tournaments, including the Japanese national women’s squad. 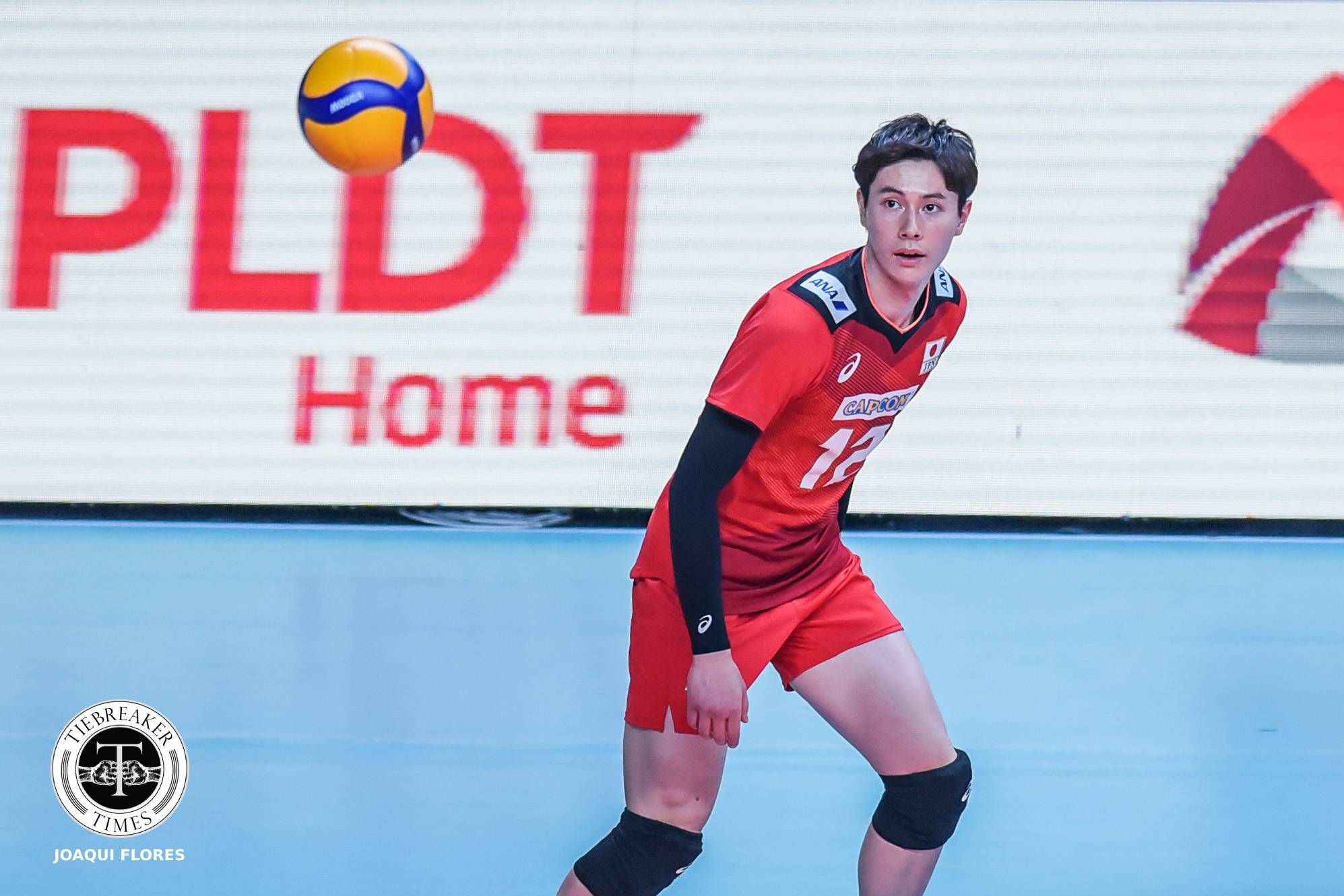 Japan’s national teams were in town two weeks ago for Week 2 of the men’s and women’s VNL that the PNVF successfully hosted with Quezon City at the Smart Araneta Coliseum. 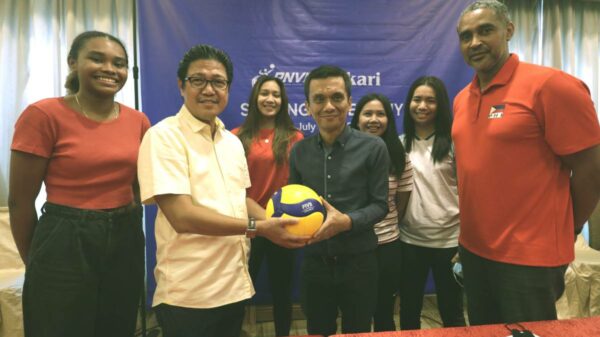