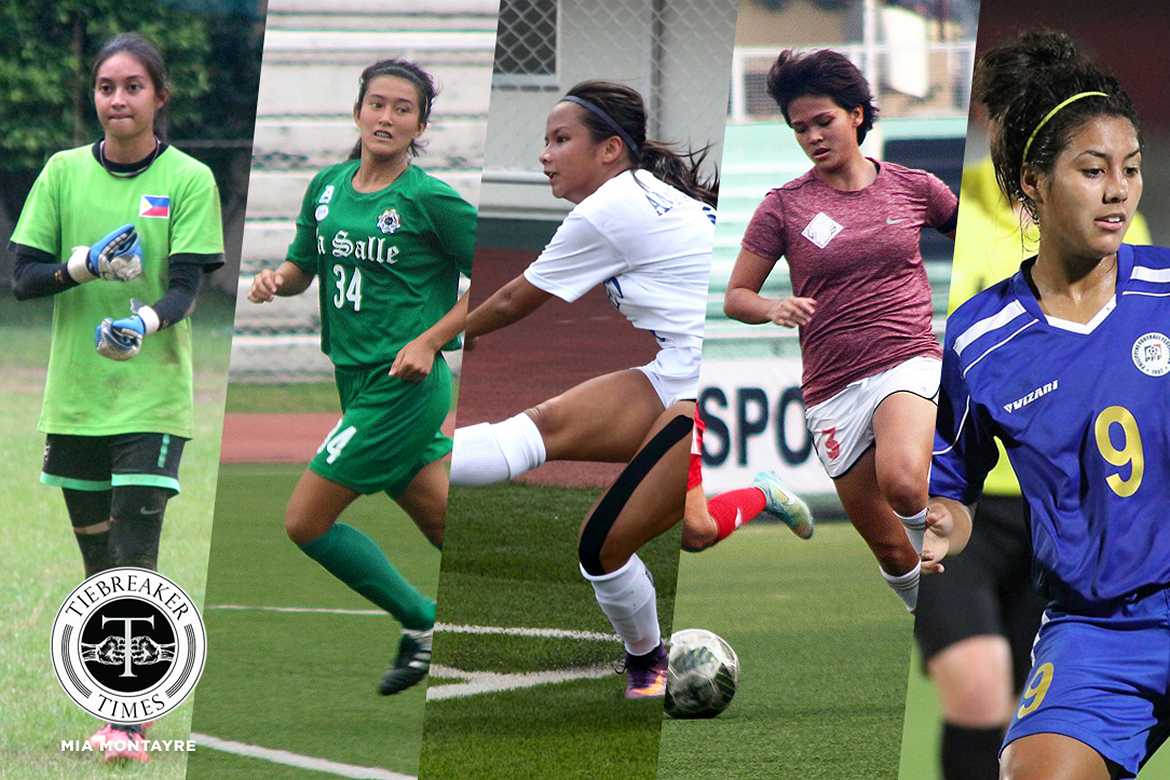 There is a buzz of excitement among Filipina football athletes ever since the groupings for the AFC Women’s Asian Cup Qualifiers were announced in January. The results revealed a favorable draw for the Philippines.

Drawn with Jordan, Bahrain, Iraq, United Arab Emirates and Tajikistan in Group A, the Philippines is one of the higher seeds in the group and by that virtue is considered a favorite to progress with two teams qualifying.

“It’s a great opportunity for the Philippines. Jordan may be the only team ranked higher than us but we all know it won’t be an easy journey. I’m sure all teams will put up a good match,” said national team skipper Inna Palacios.

Palacios, who tends the goal for both the national team and De La Salle University, noted that the experience will be a valuable one no matter the outcome.

“We don’t really go against these teams so this will be a new experience for us. It’s actually very exciting because it’ll be great exposure,” she added.

With less than two months to go before the tournament, some players — like Palacios’ teammate in both the national team and DLSU, Sara Castañeda — hope the Philippine Football Federation will assemble the team soon.

“I heard that we were in a pretty good bracket [and] well, I think it’d be better if the PFF could like bring us all together as early as now so we can [start] working on it,” Castañeda remarked.

The taliswoman, who has featured for the senior side in AFF tournaments since 2015, feels that preparation will be vital.

“Normally they just bring us out like a month before and that’s not very good. It’s kind of hard [that way],” Castañeda said.

Ateneo’s Nona Amoncio, who made her first cap for the Philippines in 2015, shares the same sentiment.

“There’s a big chance talaga. I hope PFF prepares us this time, earlier. Kasi sayang eh, we can’t waste this opportunity. We’re always in the hard bracket eh. I guess this time around, it’s more possible. Like when I played in Vietnam, in our heads we could only beat Malaysia,” Amoncio explained.

Cristina De Los Reyes, a veteran of the senior team along with Palacios, also agrees.

“Oh yeah, preparation is very key. I think that’s the only way you can actually win something,” she said.

A productive striker for both the national team and the University of the Philippines, De Los Reyes hopes that the Philippines will make the most out of the lucky draw.

“Right now we’re already at a disadvantage because who knows if these people have played with each other their entire lives and we get together only a month before. We can’t let it get it worse by not doing anything about it already,” De Los Reyes implored.

Jesse Shugg, a Filipina based in Canada who has been a regular starter for the for the National Team in 2013 and 2015, believes that the national team, with its existing pool of players, has what it takes to win many games.

“It’s an extremely exciting time for the PWNT. It’s the first time in a long time where we’re staged in a group where we have the potential to not only beat a couple teams but actually win the group. The Philippine national pool of players is really strong, especially when you add in the overseas girls into the equation,” Shugg said.

The striker — who currently plays professionally in Iceland — hopes the federation will take this chance seriously.

“It’s time for the PFF to capitalize on this opportunity and make some solid decisions on who and when they’re going to bring in players to begin training camp. This is a huge deal. It’s time to have the Philippines be a substantial threat in the AFC rather than being on the opposite side,” she added.

Shugg was also part of the team that competed in the previous round of Women’s Asian Cup qualifiers. In fact, the performance of that team had been crucial in raising the Philippine seeding for this edition’s draw.

“If the PFF can begin executing their preparations now and ring together their strongest players, there’s no doubt we will be a threat in this tournament,” Shugg continued before hinting at the potential the team could reach.

“To be able to make some history and win the tournament to qualify for the World Cup qualifiers. The time is now, we need to make it happen!”

The AFC Women’s Asian Cup Qualifiers will take place in Tajikistan from April 3 to 12.

As of press time, the PFF has announced that there will be open tryouts on February 22, 24 and 28 at McKinley Field with Buda Bautista at the helm, assisted by Freddie Estacion, Josephine Loren, and Anthony Albao.