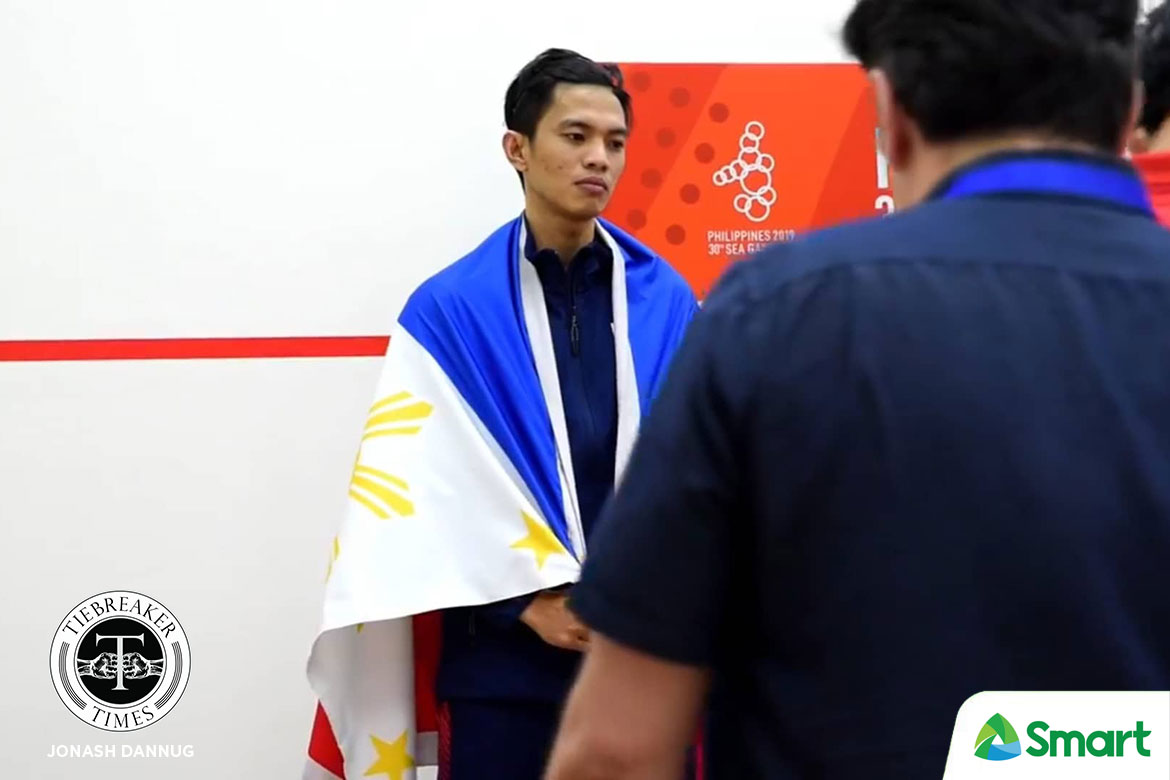 The Philippines’ only hope of capturing a gold medal in the 30th Southeast Asian Games Squash event has dwindled, Tuesday evening.

Robert Garcia failed to overcome number one seed Muhr Addeen Indrakie, bowing out after a hard-fought four-set affair, 7-11, 11-3, 9-11, 5-11, to settle for a silver finish in the Men’s Singles Finals at the Manila Polo Club.

Garcia though, staged a major fightback, outscoring Indrakie in the second set, 10-1, before finishing the frame and tie the game at 1-1.

Looking to take the lead, Garcia was able to trim a once three-point lead to a solitary point in the third canto courtesy of two consecutive strokes from Indrakie, while also forcing the latter to commit an error. However, a late-set fumble from Garcia put the Malaysian at a 2-1 advantage.

Indrakie then went for the jugular in fourth frame and led by as much as six points to completely take the fight out of Garcia.

Despite the failed gold medal bid, Garcia surely made waves in the initial part of the tournament, which includes a masterful performance in the semifinals.