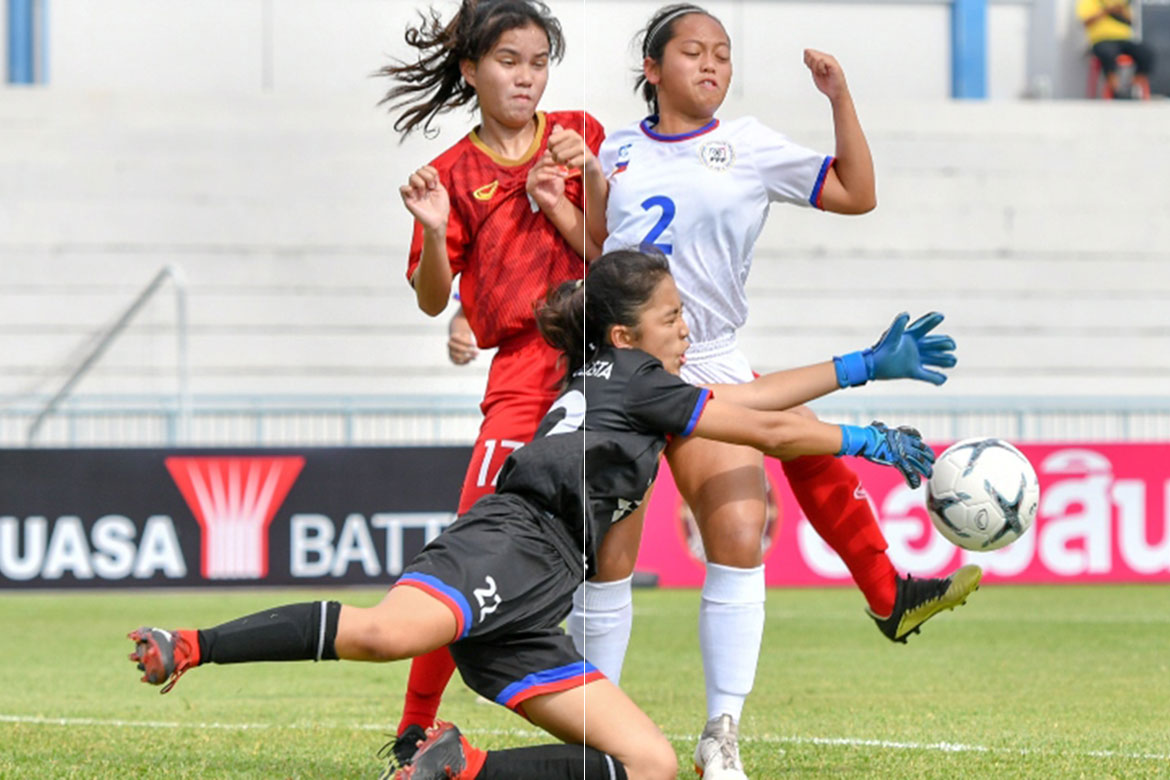 The Philippine U-15 Girls National Football Team hoped to end their AFF U-15 Girls Championship campaign on a high note only to be denied by a slim 1-0 defeat to Vietnam in the bronze medal match.

The battle for third which took place at the Institute of Physical Education Stadium in Chonburi, Thailand Tuesday afternoon was a highly competitive affair with both teams hopeful of a strong finish to upend their respective disappointing semifinals.

Both the Filipinas and Vietnamese had a go at each other’s halves but it was the ladies in red who managed a lucky break minutes before halftime.

Keeper Maria Evangelista appeared to have a handle on Tran Nhat Lan’s freekick until it bounced off her gloves and into the crossbar and the back of the net which gave the Vietnamese the advantage at the half.

The Pinays came out stronger in the second half with better possession but their shots failed to connect as the Vietnamese defense stood firm.

In the end, the lone goal turned out to be the only difference, leaving the Philippines shy of a podium appearance.

Still, it was a decent fourth-place finish nonetheless for a team made up of players and staff mostly new to the international scene.

After win in Singapore, Geje Eustaquio has new goal