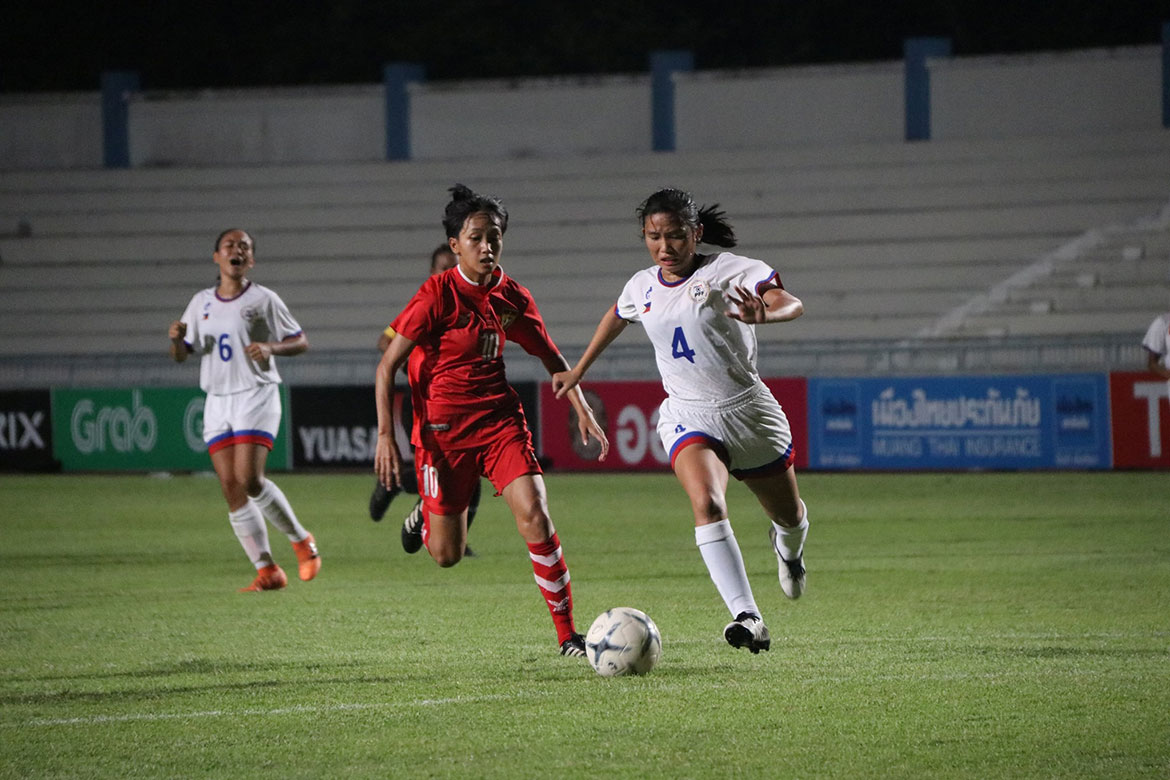 The Philippine Girls U-15 National Football Team’s Cinderella run came to an end Sunday evening after Laos dealt them a 3-1 defeat in the AFF U-15 Girls Championship semifinals.

An opening minute goal from Laos’ tall winger Pe spelled doom for whatever gameplan the Philippines prepared for as they had to play the rest of way catching up in Tuesday’s second semifinal at the Institute of Physical Education Stadium in Chonburi, Thailand.

The young Filipinas attempted to wrench some control of the game back but their efforts were dealt with another blow as Thippakone Syvonglath gifted Laos with a consolidating goal midway through the first half.

In the second half, Pe broke Filipino hearts again when she muscled her way down the left flank for another quick goal to extend Laos’ advantage to three.

The Pinays finally found the back of the net in the last twenty minutes after Angely Alferez’ scrappy effort gave the Philippines some needed consolation but there was no longer enough time left to mount a comeback.

Laos will move on to face fellow groupmates Thailand in the final while the Philippines will have a rematch with Vietnam for third place on Tuesday, May 21 at 6:00 P.M. local time (7:00 P.M. Philippine time).

Bauzon, Caloocan Supremos stay ahead of Manila after road win in Pateros