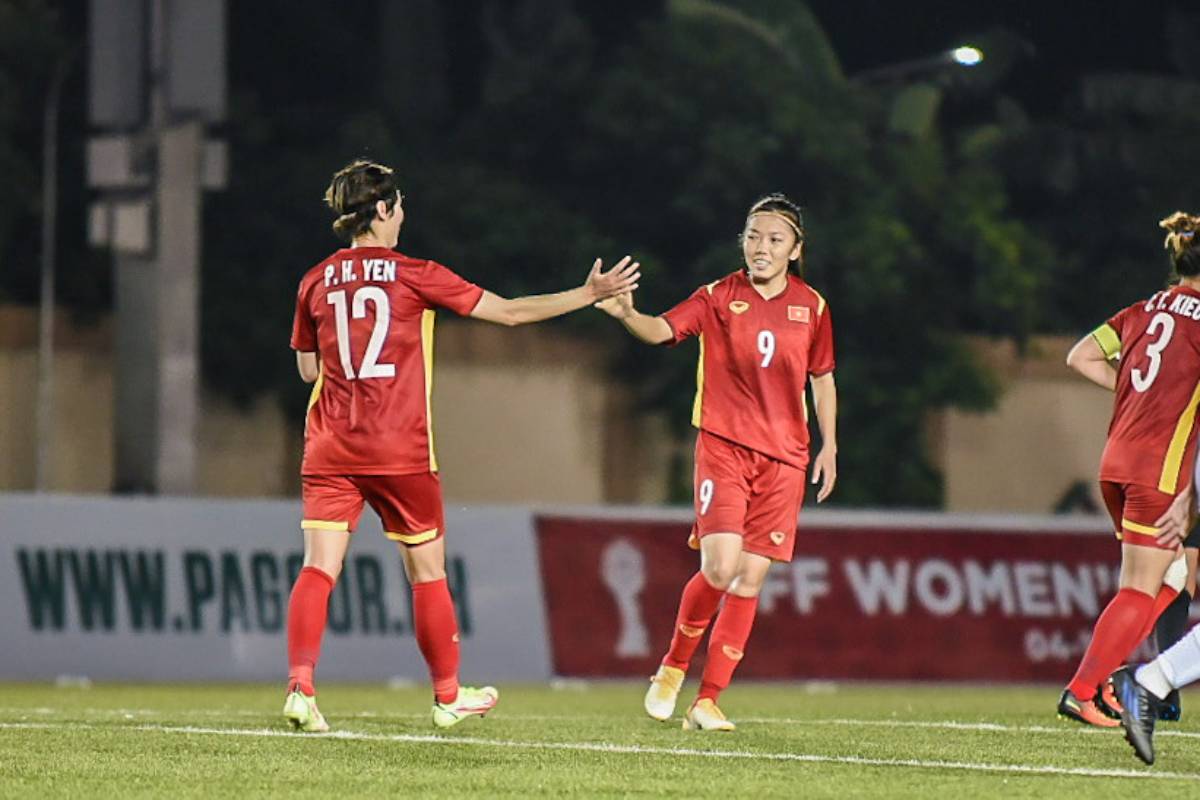 Reigning titleholder Vietnam bagged its second consecutive win in as many matches, dominating Laos, 5-0, in Group B of the 2022 AFF Women’s Championship, Saturday evening at the Biñan Football Stadium in Laguna.

The win puts Vietnam level on points with Myanmar with six points on two wins but remained in second place due to an inferior goal difference, plus-10 to plus-8.

Vietnam made its intention clear from the get-go as it started aggressively against Laos. Nonetheless, the Laotian side adopted a very defensive formation that looked like a five-woman backline for most of the time, proving it difficult for the defending champions to launch a decent shot at goal.

Laos also tried to put the ball on their half, which opened the lines a little for Vietnam’s offense to finally get their rhythm. Pham Hoang Quynh eventually finished a good build-up play from the right flank with a well-deserved go-ahead goal for Vietnam in the 42nd minute.

Huynh Nhu, a substitute, then doubled the lead in the first-half additional time with a header that beat both the offside trap and Laos’ goalkeeper Bangon Phonexay. The forward did well enough to convert that well-timed delivery from Tran Thi Thu before hitting the deck.

Picking up from where they left off before the break, the Golden Star Women Warriors plucked another one at the 57th minute from Pham Hai Yen to open the flood gates. The respective second goals from Huynh and Pham Hai Yen at the 65th and the 72nd minute, in that order, more than ensured the red shirts the win and all three points.

Both teams will take on their next opponents on July 11 at the same Biñan venue.

Vietnam will look to boost its semifinals bid as it goes for its third straight win against winless Timor Leste at 7 p.m. Meanwhile, Laos (1-1-1, 4 pts.) will try to extend its tournament with a crucial tiff against Myanmar (2-0-0, 6 pts.) in the curtain-raiser at 4 p.m.