The Philippine Men’s National Water Polo Team had a rousing start in their 2019 Southeast Asian Games campaign, figuring in a 6-6 draw with 2017 silver medalist Indonesia, Tuesday at the New Clark City Aquatics Center in Capas, Tarlac.

“This was a big result considering it was Indonesia, the 2017 silver medal winner,” said Philippine team head coach Rey Galang.

In the dying minutes of the contest, Paulo Serrano came through, knocking down a penalty shot to knot things up. A tough defensive stand headed by goalie Tani Gomez ended the tight affair.

This time around, the Filipinos did not allow another rout to happen.

A penalty shot by Vincent Sicat pulled the Philippines within one.

Down 3-6 early in the final stanza, the Filipinos took a clinical approach to the game in a 3-1 finish in what is considered as a stunner.

The Philippines will next face 2017 cellar-dweller Thailand on Thursday at 7:00 pm. 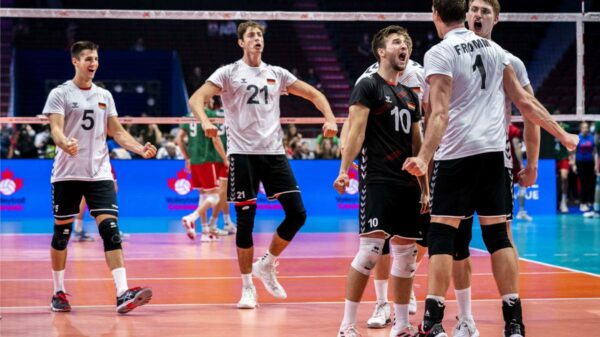 Germany withdraws from friendly vs PMNVT

The exhibition match between the Philippine men’s national volleyball team and Germany scheduled on June 27 at the FilOil Flying V Centre in San...