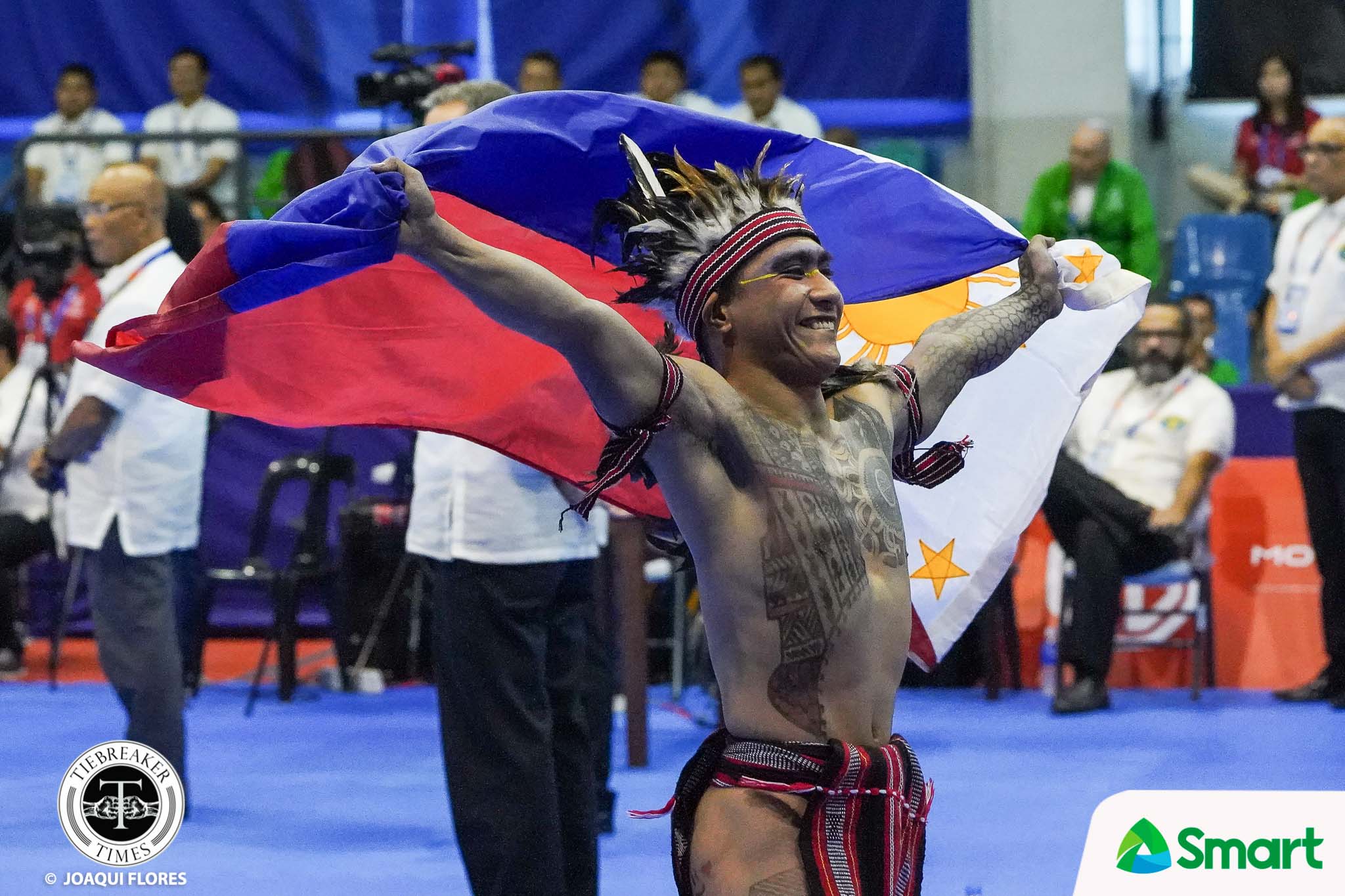 ANGELES CITY, PAMPANGA — In their return to the Southeast Asian stage after 14 years, the Philippine National Arnis Team made sure to make it worth it.

Crisamuel Delfin and Mary Allin Aldeguer put on a show during the anyo event of the 30th SEA Games that resulted to two golds, Tuesday at the Angeles University Foundation here.

Delfin, a native of the Cordilleras, made sure to show his roots, wearing a traditional Igorot garb during his performance. With two swords in hand, the 25-year-old displayed both brute and grace en route to a 9.87 score.

The young Aldeguer, on the other hand, tallied 9.64 points.

All in all, the country’s arnis team copped 14 golds.

Vietnam’s Duc Tri Do and Myanmar’s Eilan Dray Phoo took the other two golds available for the day.