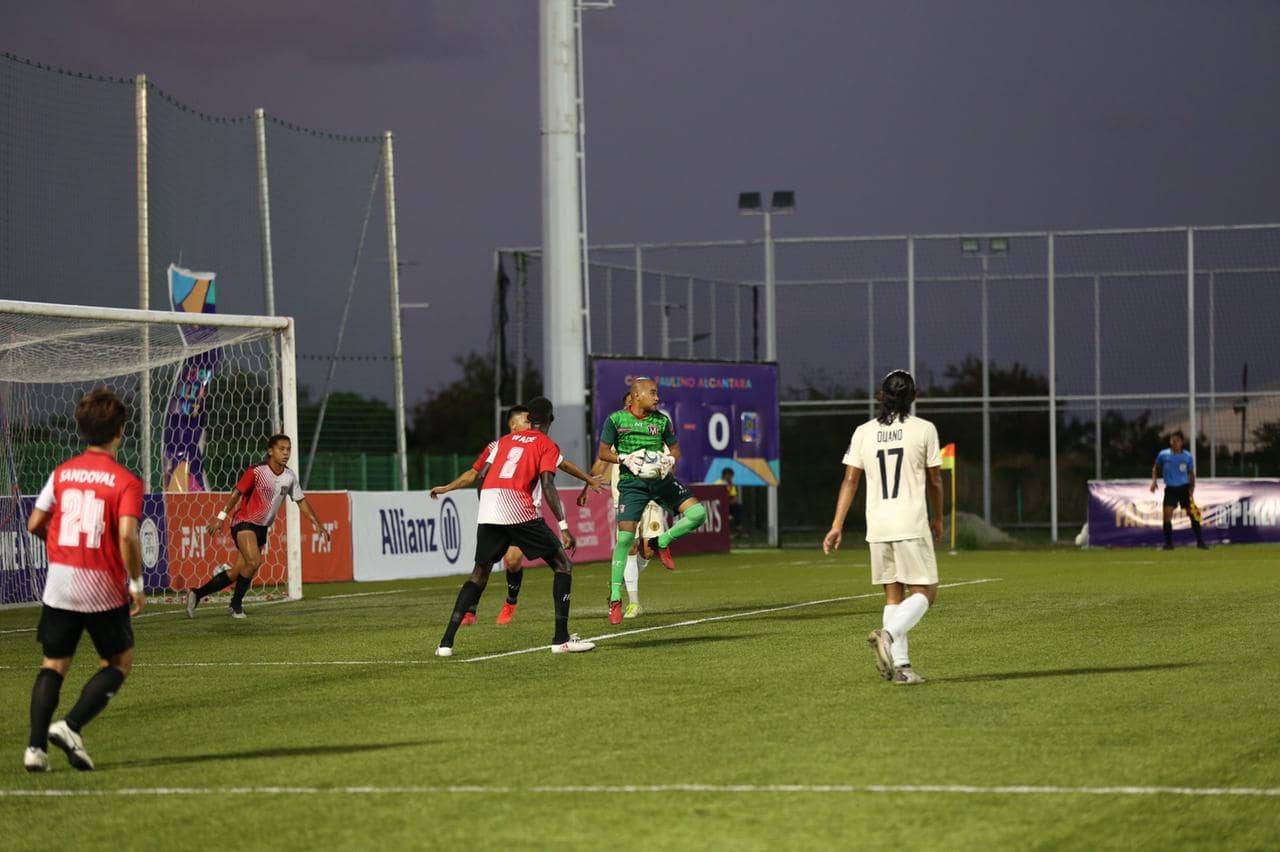 In what was a disappointing evening for both sides, Mendiola and United City have to share the spoils of their draw (PFL)

Mendiola ’91 may have earned a point but frustration still looms as they and the reigning Philippines Football League champion United City fought out a goalless draw, Monday evening, at the PFF National Training Center in Carmona, Cavite.

Mendiola had a golden opportunity to seize the lead eight minutes into the contest. After United City defender fouled Junior Ngong Sam, skipper Jim Ashley Flores stepped up to take the spot-kick, only for him to blast it above the crossbar. Soon after, Sam had his own sniff at goal but his shot missed the target.

Deep in the second half, United City had a great chance to break the deadlock. Striker Mark Hartmann found space to shoot in the Mendiola box but his attempt went well wide of the goal.

With a minute left in regulation, Kenshiro Daniels saw his chance go way over the bar. Hartmann had another attempt but goalie Michael Asong caught it easily.

The result means United City maintains its lead at the top of the elimination round with 8 points while Mendiola got its first point of the season after three fixtures.

Mendiola resumes its campaign when it takes on Kaya-Iloilo on April 11, 2022, at 4:00 PM. On the other hand, United City goes up against the Azkals Development Team at 7:15 PM. Both matches will be hosted at the PFF National Training Center.