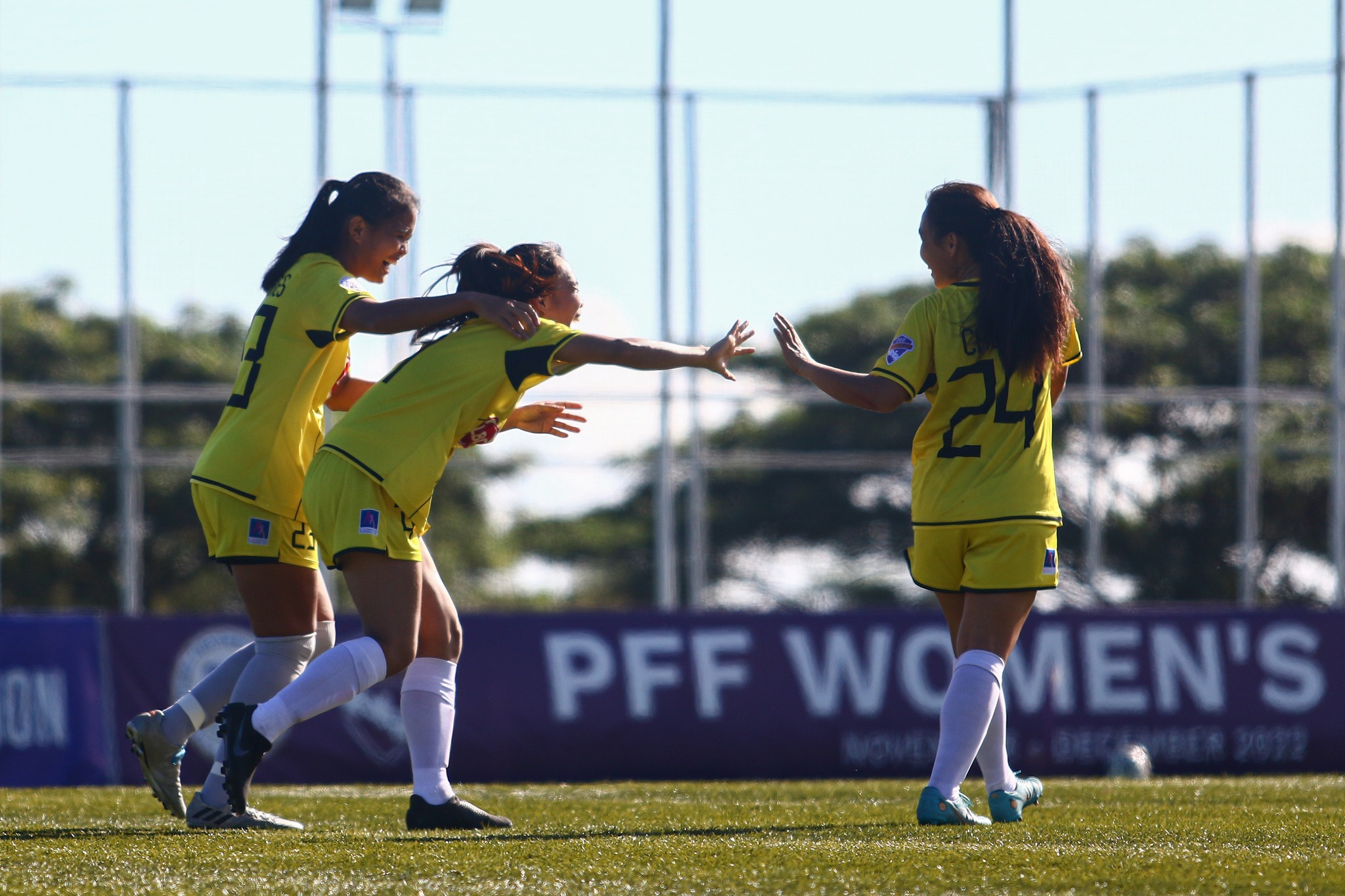 FEU also notched a win, which ties them with Kaya at 12 points, though Kaya is a match behind. 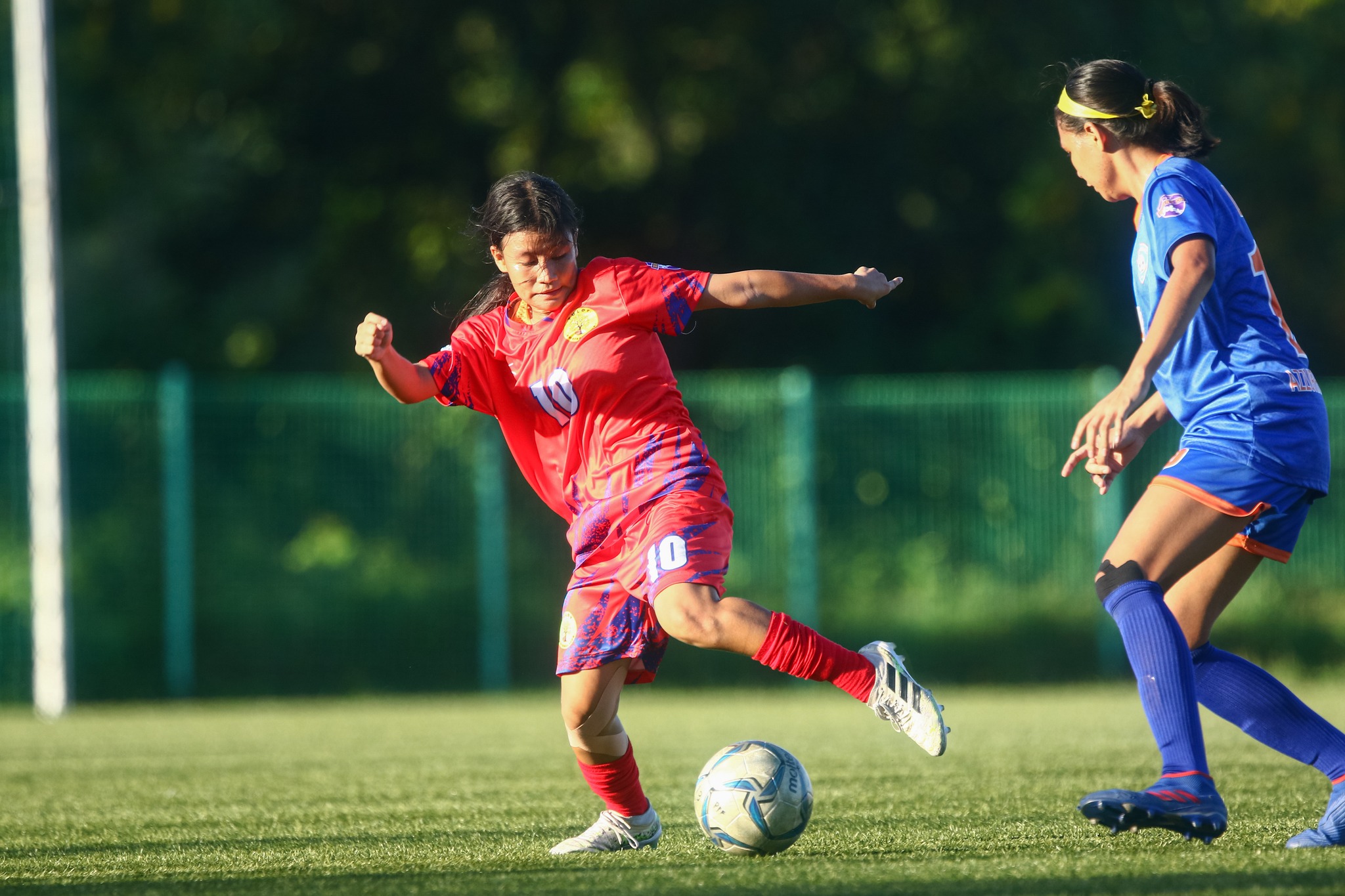 Louraine Harvey Evangelista is having a breakout season with another hat trick which gave Tuloy an emphatic win over Azzurri.

Evangelista scored the first two goals for Tuloy in the 8th and 14th minutes before completing the triple in the 86th minute, becoming the first player to get a second hat-trick this season. Yet it was not something the eventual Player of the Match was too proud of as she mulled later on how her team are still far from their best.

Demely Rollon added another in the 25th minute, while Jenny Perez included a couple more in the 39th and 56th minutes, and Jonalyn Lucban provided a substitute goal in the 44th minute.

Azzurri’s own substitute Jacqueline Ballares managed to pull a goal back in the 81st minute but it was too late to bother Tuloy. 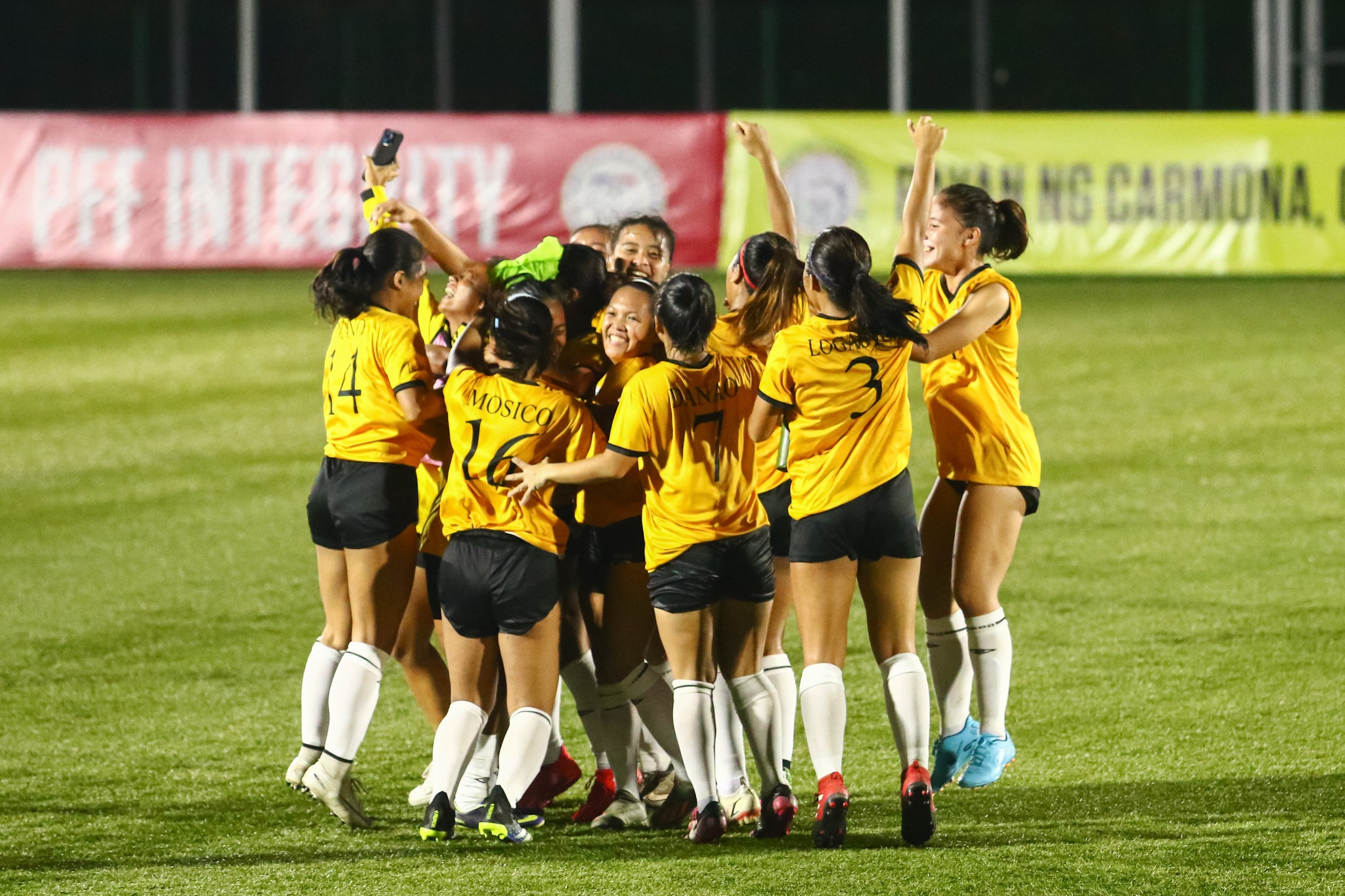 Having lost or drawn all their previous matches, UST was over the moon when they finally bagged their first full points of the season after beating UAAP rivals Ateneo de Manila University.

Gleydile Añonuevo drew first blood in the tight affair after taking advantage of Chelssy Casals’ miscalculation which led to an open goal strike in the 17th minute.

Ateneo found a way to tie things up after a brilliant free kick from Joyce Semacio sent the ball flying over the UST wall and into the back of the net in the 54th minute.

Ten minutes later, Nathalie Absalon tested substitute keeper Adrielle Lee who was far from her post with an attempt near the centerline. Lee could not handle the bounce of the ball, resulting in a goal and the eventual match-winner for the lady booters of Espanya.

FEU gets better of skidding UP 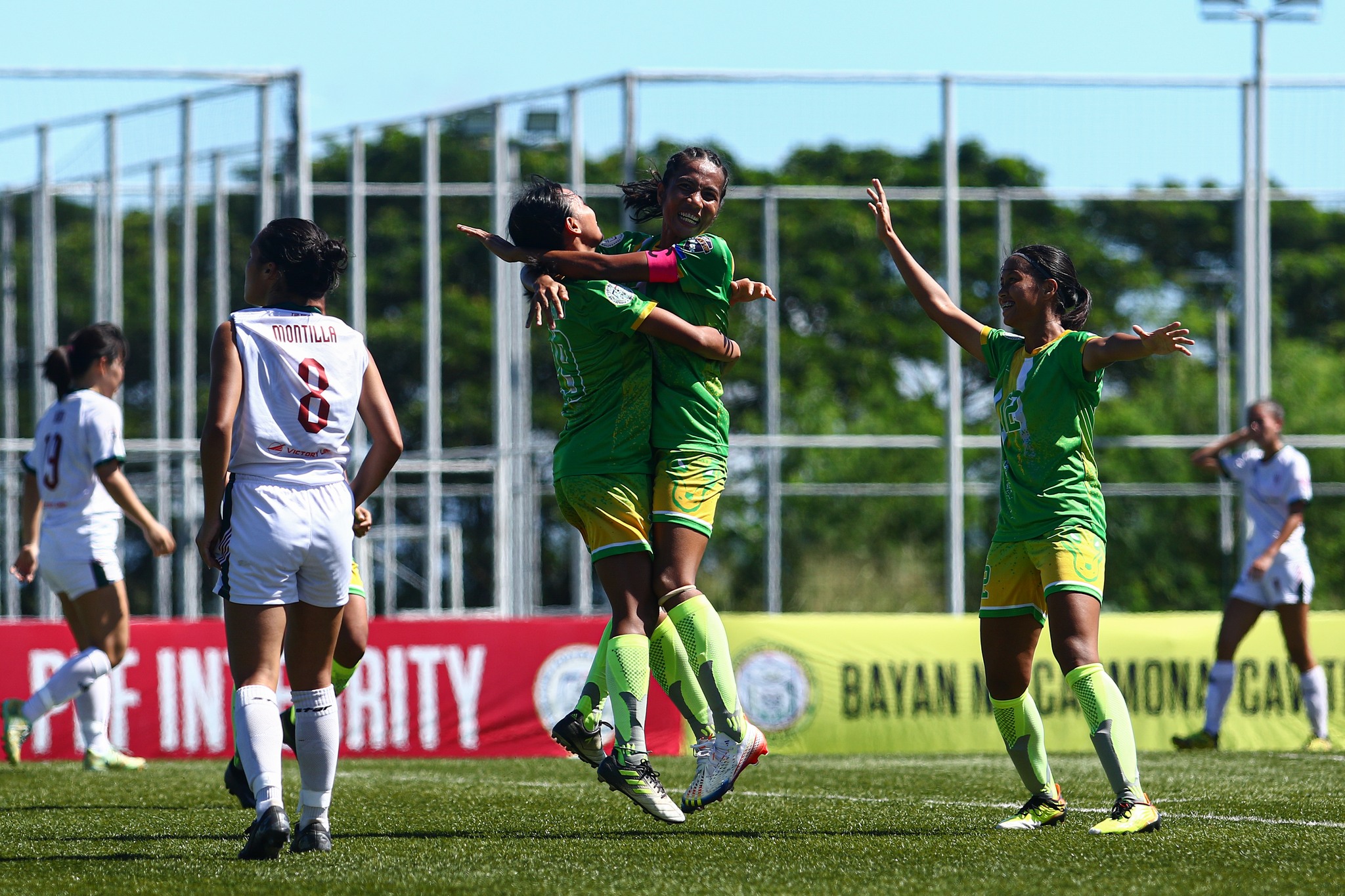 UP needed a win after fruitless results in their past few matches but it was FEU that came out on top in this intense all-UAAP clash between former tournament leaders.

Dionesa Tolentin quickly put FEU in front in just 3 minutes after a corner kick from Carmela Altiche resulted in a header goal.

Altiche played provider again after her pinpoint pass found Regine Rebosura at the mouth of the goal who coolly slotted it in for a 37th-minute strike which consolidated FEU’s lead.

The Tamaraws did not relinquish control of the match, only allowing UP a few forays into their half, but ultimately not much else happened and the scoreline stood.

For the time being, Kaya has wrested control of the field after an utter demolition of Stallion has sent them to the top of the table.

Shelah Cadag struck first in the 16th minute before completing a double-brace in the 36th, 42nd and 44th minutes which clearly gave her Player of the Match honors.

This relentless focus produced significantly more goals for Kaya, with Hazel Lustan in the 22nd minute, Mae Sullano in the 25th, Mea Bernal in the 35th before Nicole Ramores introduced a brace in the 37th and 89th minutes.

As if adding insult to an already outnumbered and totally outplayed Stallion, they conceded a penalty converted by Khryss Dacanay in first half stoppage along with an own goal in the earlier minutes.

Other goals in the second half came from Irish Navaja in the 56th minute, Ryannei Dahildahil in the 59th, Zhyrelle Belluga in the 75th, Marigen Ariel in the 87th.

The PFF Women’s Cup resumes Wednesday, November 30, at the PFF National Training Center in Carmona, Cavite with Atneo and Azzurri at 4:00 P.M. before FEU and UST at 6:30 P.M. The games will be broadcasted live on the Facebook page of the PFF Women’s League.