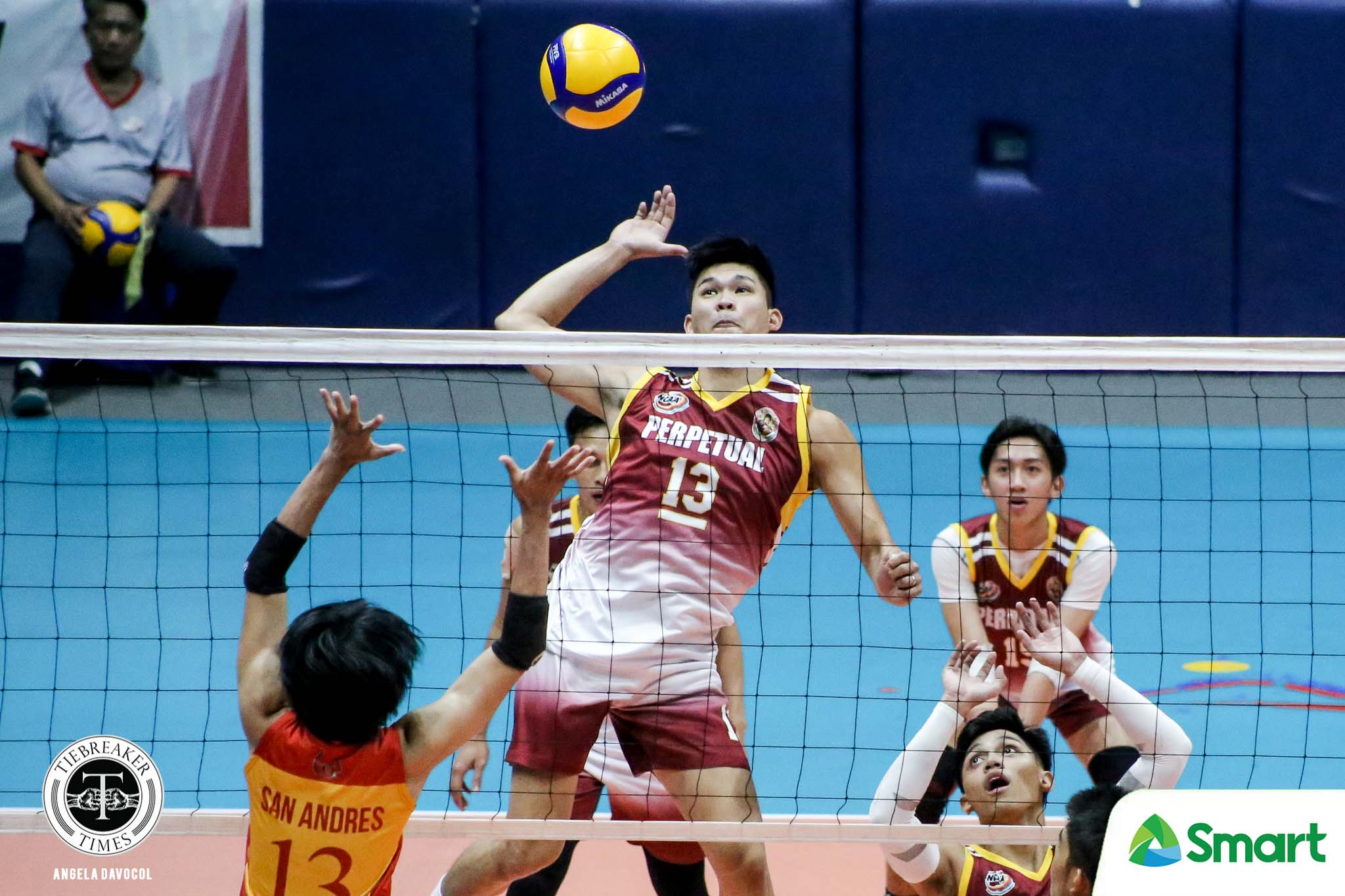 Louie Ramirez once more paced the Altas’ offense with 19 points, 15 of which coming from attacks. The second-year converted outside hitter also fired off three service aces and a block.

Perpetual’s miscues in that third frame gave Mapua the set, despite the late surge from the reigning champs.

Acaylar also shared that his players were a little tired due to their recent focus on physical conditioning. Nonetheless, “As the time goes on sa game, hindi dapat nila ibibigay na reason ‘yun. It’s a game, kahit anong maramdaman mo, kailangan you’re going to play for the school.”

Rookie Hero Austria added seven markers but was a steady force in defense with eight digs and 11 excellent receptions.

This is Perpetual’s fourth straight win to remain on top of the ladder.

Alfred Pagulong, John San Andres, and captain Raje Hizon all ended with 12 markers each for Mapua, who slid to its third straight loss.

Perpetual will take on dangerous Jose Rizal University (1-2) on Monday, January 27 at 3:30 pm. On the other hand, Mapua will try to get the elusive win against fellow winless squad Letran (0-3) on Wednesday, January 29 at 3:30 p.m. as well.