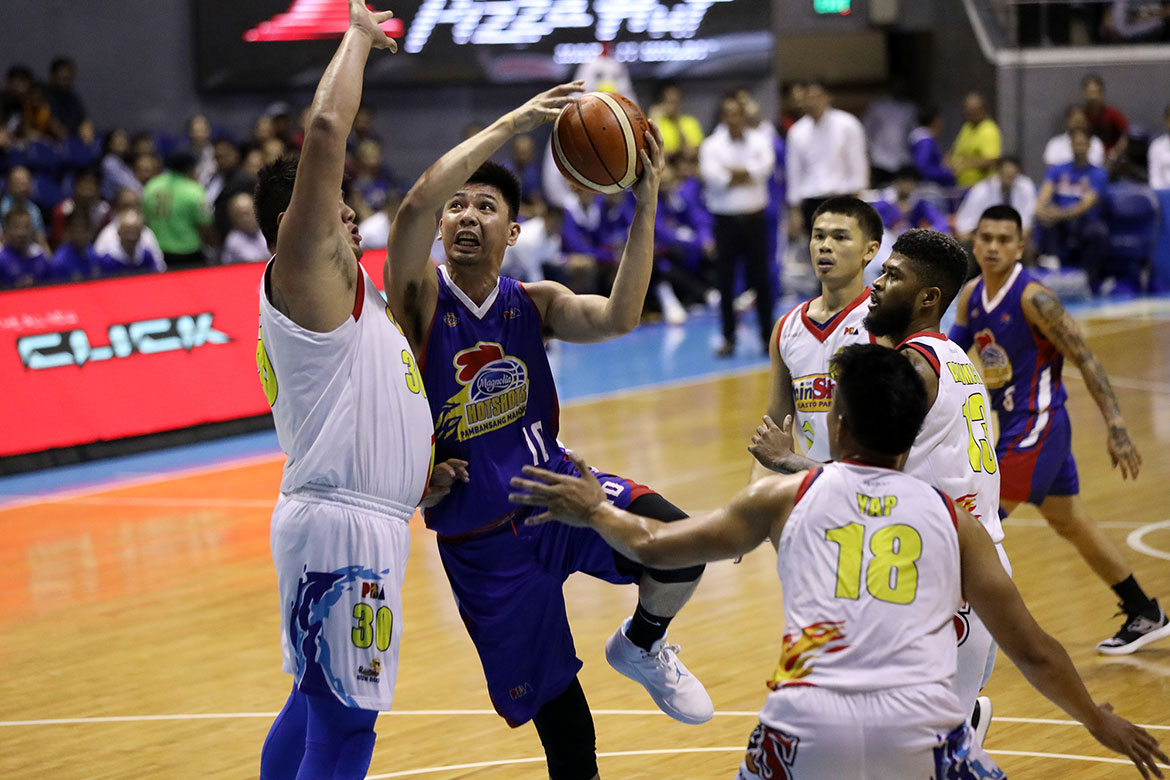 Marc Pingris has yet to play for over a year now, but he still has an impact on his Magnolia Hotshots.

Ian Sangalang credited the 37-year-old forward for giving him the necessary push, which brought magic to Magnolia in Game Three of their Philippine Cup semifinal series with the Ran or Shine Elasto Painters, Tuesday.

After going scoreless in the first half, Sangalang said that Pingris talked to him during the halftime break. And that was all the 6-foot-7 slotman needed to get going in the second half, where Magnolia played like their usual selves.

Sangalang would go on to score all of his 16 points in the last two quarters, including 12 in the final frame alone where he spearheaded the Hotshots’ closing rally to turn a 71-all deadlock with 5:12 left to play to an 85-74 win.

Sangalang finds more satisfaction in how Magnolia avoided a dangerous 0-3 hole in the race-to-four series, and in that they will head into the Lenten break with momentum on their side.

READ  Rashawn McCarthy full of regrets: 'I let my team down'