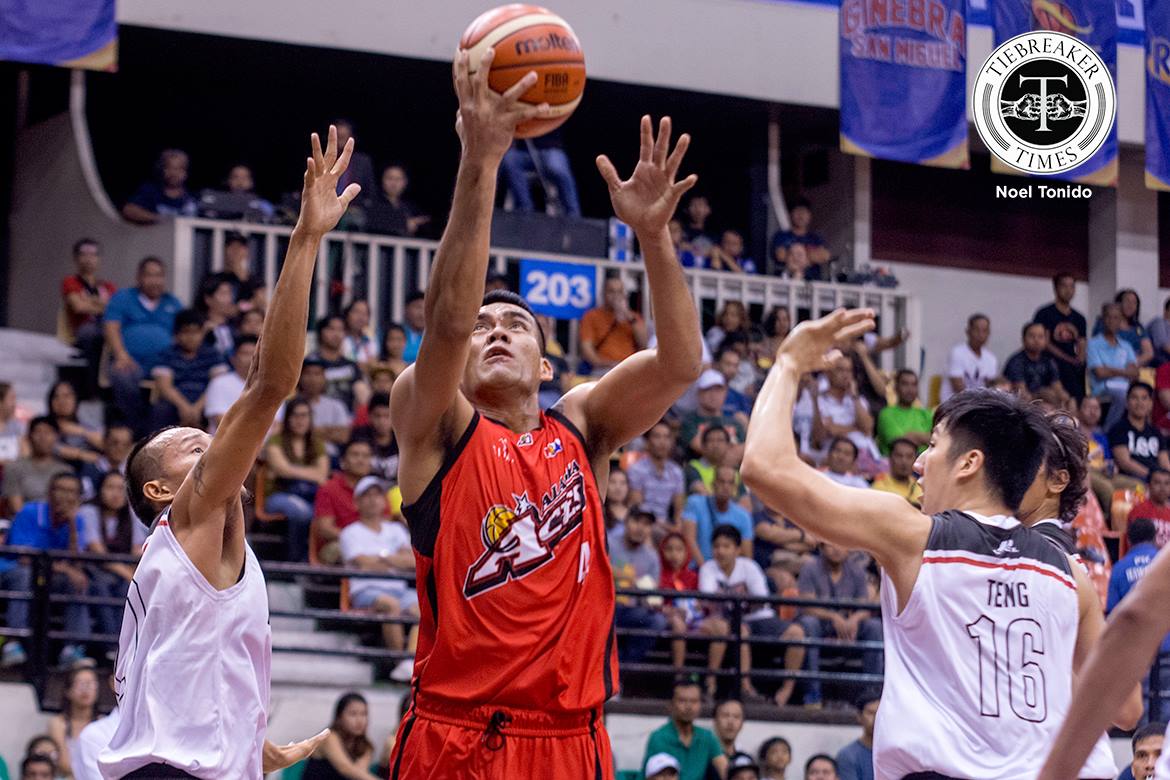 Three teams are now out of playoff contention.

Despite giving up a 14-point lead in the third, Alaska Aces still scored a pivotal 107-91 victory over the Mahindra Floodbuster in the 2017 PBA Philippine Cup, Sunday night at the Philsports Arena in Pasig City.

The Aces’ win, which sent their card to 5-4, has shortened the 12-team playoff race to just nine as it killed the hopes of Mahindra, NLEX, and Meralco of remaining in contention.

“I don’t think Mahindra has ‘give up’ in them,” said Alaska head coach Alex Compton. “They certainly gave me a few more gray hairs today.”

Their 5-4 slate also created yet another logjam with five other teams — Ginebra, Phoenix, TNT, Globalport, and Rain or Shine — in the team standings.

Vic Manuel, who sat out in the third period after spraining his ankle before halftime, still paced Alaska with 20 points on 9-of-13 shooting along with three rebounds. Forward Calvin Abueva posted another double-double of 18 points and 10 rebounds.

Guard JVee Casio had 11 markers by shooting 5-of-8 from the floor. He also had six dimes. RJ Jazul and Kevin Racal each had nine in the win.

Alaska made sure that it was Mahindra’s final run, coming alive in the final frame as Abueva, Dondon Hontiveros, and Sonny Thoss joined hands for a 14-6 rally en route to a 103-86 lead with 1:18 left, enough to keep the Floodbuster at bay.

Three players scored in double figures in tonight’s loss. Alex Mallari led them with 23 points on 9-of-19 from the floor. Russel Escoto and Eriobu had 16 and 15, respectively. Reden Celda added ten markers.

The Aces shot a decent 54 percent from the floor, hitting 41 of their 75 tries, with most of those shots coming from their 23 team assists. They also won the rebounding battle, 49-34.

Both squads’ next matches will be on Friday, January 27, at the Cuneta Astrodome. Mahindra will take on NLEX at 4:15 PM, while Alaska will play Phoenix at the 7:00 PM game.

Montalbo, Potts lead cast of student-athletes to be feted for excellence