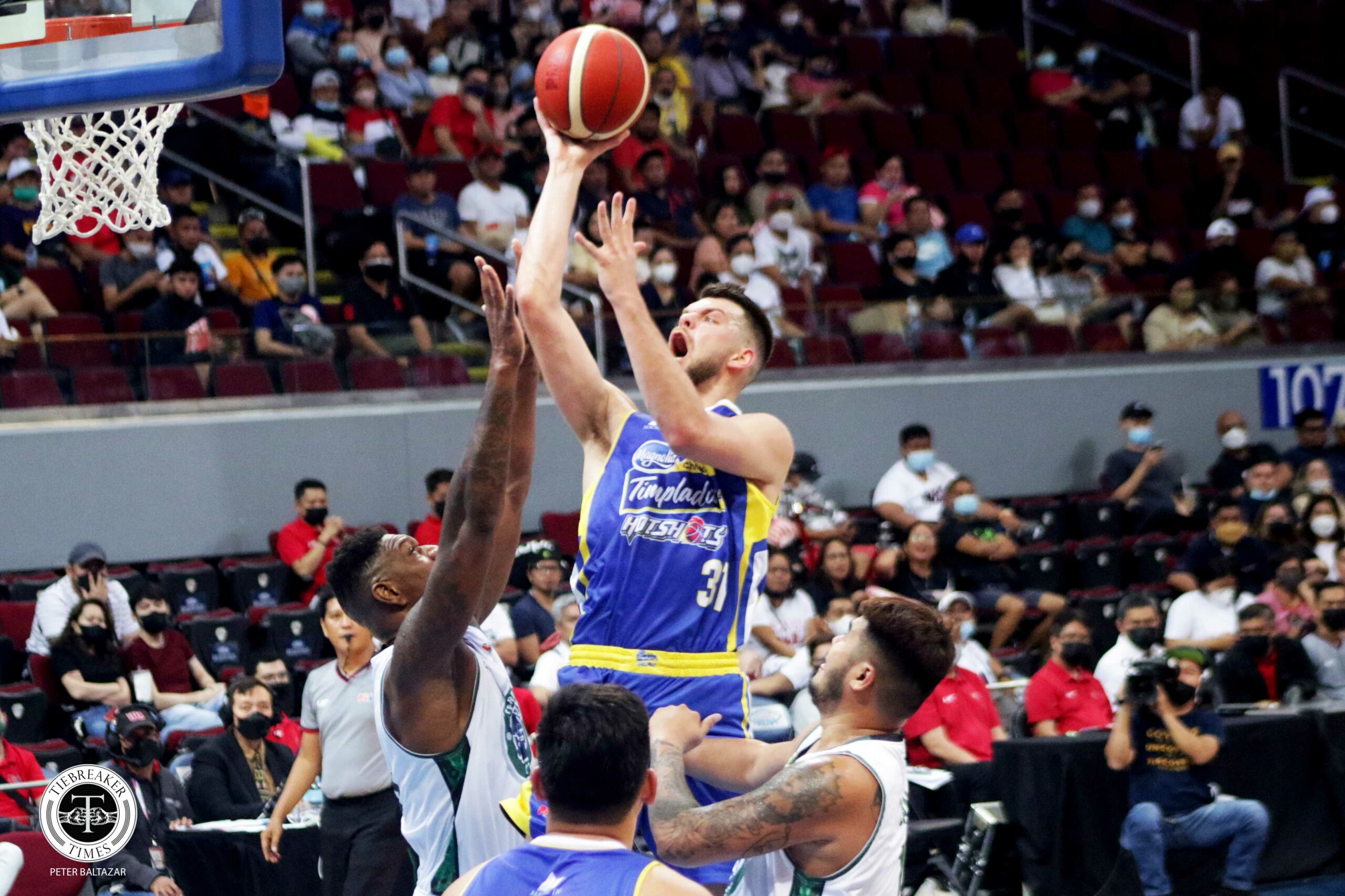 Nick Rakocevic proved his worth as Magnolia added to the miseries of a hard-luck Terrafirma, 100-92, to begin its 2022 PBA Commissioner’s Cup campaign on the right foot, Wednesday at the Mall of Asia Arena in Pasay.

The Serbian forward finished with a monster line of 45 points and 25 rebounds in a performance that also saw him come up big in the endgame as the Hotshots dealt the Dyip their 18th consecutive loss dating back to last season.

He scored the last four of a 9-0 run to close it out, joining hands with Paul Lee and Mark Barroca in putting the game away after seeing themselves trailing by a point with three minutes left from leading by 15 during the third canto.

“Kita naman natin, e,” said head coach Chito Victolero of Rakocevic, who also had three blocks, two steals, and two assists in 44 minutes. “He plays both ends of the floor, he contributes to our defensive schemes on offense.

Lee and Barroca combined for 17 points in the win. Jio Jalalon had 12 points, six rebounds, and seven assists, while Ian Sangalang added 10 markers.

“We competed down to the last second,” said Rakocevic. “It was a big win for us. It’s the first game of the [conference], we want to start off well.”

Magnolia aced its first assignment without top forward Calvin Abueva. The two-time BPC, though, will play against Converge on Saturday, at 6:45 p.m., at the SMART Araneta Coliseum, according to Victolero.

Lester Prosper, meanwhile, carried Terrafirma once more with 41 points and 19 rebounds in the defeat, where the team missed head coach Johnedel Cardel as he was placed under the league’s health and safety protocols.

It was the returning import who put his side ahead, 92-91, with exactly three minutes to go but could not keep their hold of the driver’s seat as Lee ignited Magnolia’s finishing kick through a triple to beat the shot clock.

Juami Tiongson was his lone support with 19 points for the Dyip, who absorbed their 14th straight loss in the hands of the Hotshots.

Terrafirma will take on Rain or Shine next on Sunday, October 2, at 4:30 p.m. also at the Big Dome, with the hope of ending its struggles.