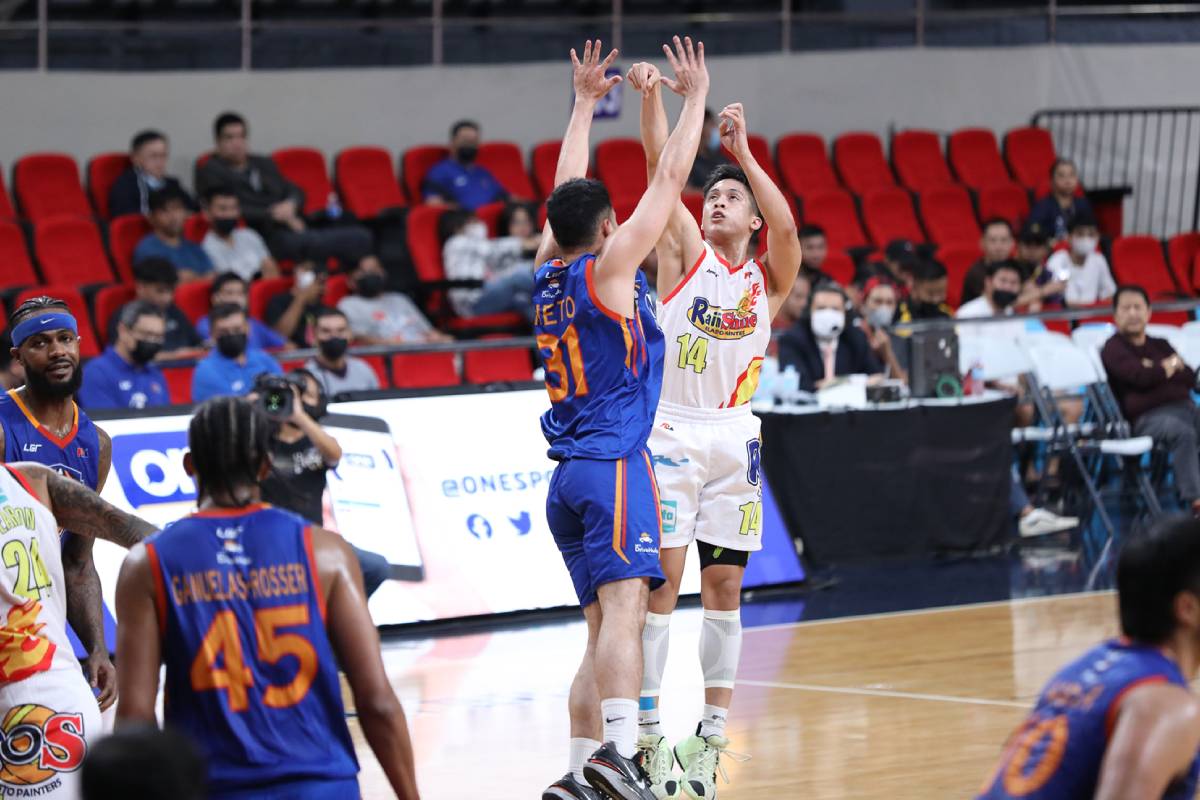 Rain or Shine completed the 2022-23 PBA Commissioner’s Cup quarterfinal picture by shutting the door on NLEX through a 110-100 decision in the playoff for no. 8, Sunday night at the Philsports Arena in Pasig.

Rey Nambatac plus young guns Andrei Caracut and Leonard Santillan typified resolve, joining forces for the fourth-quarter closeout to steer the Elasto Painters past the eliminations for the first time in two conferences.

Santillan made just one three-pointer in the game but it gave his side the 101-89 lead with 2:47 left to play, concluding a 14-2 blitz which Caracut helped catalyze — together with Pearson and rookie winger Gian Mamuyac.

Nambatac then came through afterwards, scoring seven of his team’s last nine points to help the Elasto Painters finish the job after squandering a 47-37 second-quarter lead. The star guard finished with 10 points.

Rain or Shine will face the top-seeded Bay Area on Friday, 3 p.m., at the same venue, with the Dragons enjoying a twice-to-beat advantage.

Not only did the Elasto Painters crush the hopes of NLEX but they also deflated the morale of a whole bloc. None of the three teams owned by the MVP Group has made it to the playoffs for the first time ever.

Earl Clark had 37 points and 16 rebounds to lead the Road Warriors, who are missing the quarters for the first time since the 2020 Philippine Cup.

Don Trollano had 15 points and 12 rebounds, while Kevin Alas and Justin Chua finished with 13 and 12 markers, respectively, in the loss.