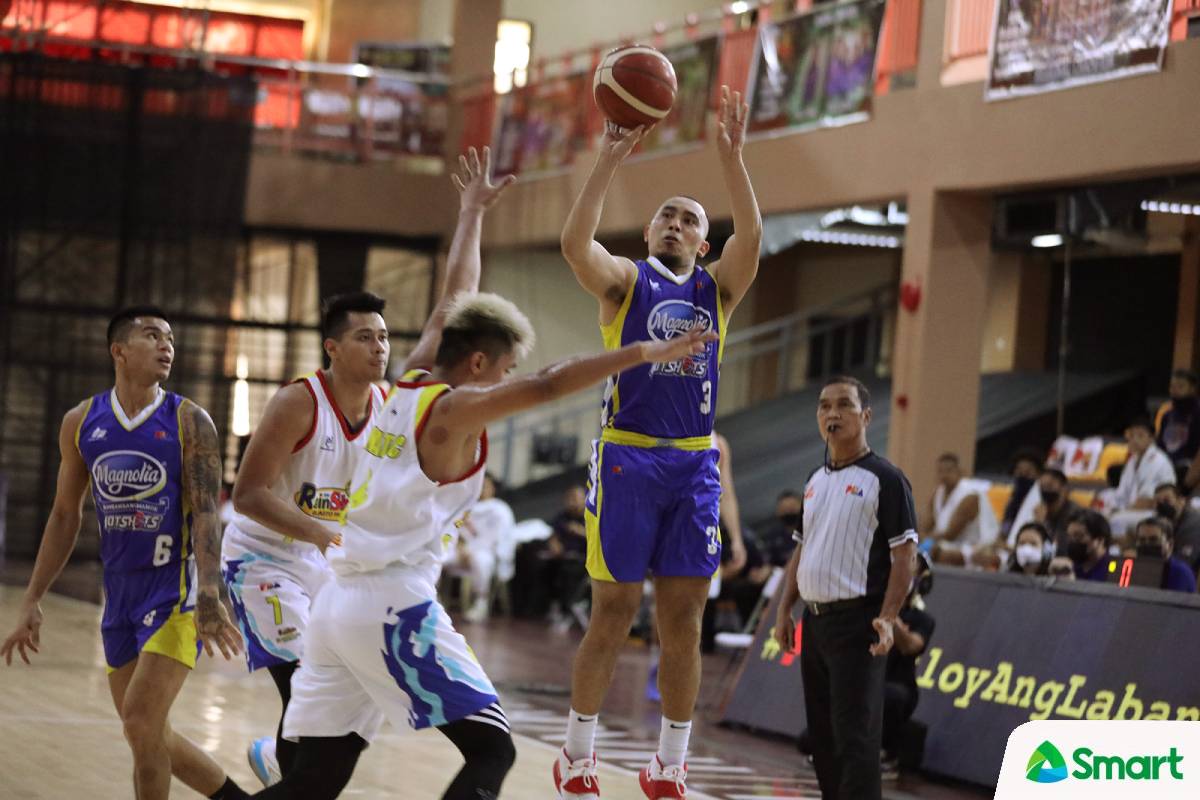 Paul Lee spearheaded the Hotshots with 20 points, including the dagger three-pointer with 44.0 seconds left to put the Elasto Painters away for good after trimming a 13-point deficit to just four early in the fourth quarter.

Lee also had four rebounds and three assists in a game that saw him shrug off a welt under his right eye, which he got after colliding with the shoulder of opposing rookie Andrei Caracut with 2:47 left in the second quarter.

Magnolia is now a win away from the semis and could do so by finishing off its foes next week, but Victolero does not want to look too far ahead.

#ReadMore  Meneses does not want JRU to file protest

“The game on Thursday is the most important game for us. We’ll just try to treat that game as an important game. We will treat it possession by possession. Yung result, hindi muna namin iisipin yon,” he said.

Rain or Shine was led by rookie Santi Santillan with 17 points and 12 rebounds as he tried to will his side back in the final period.

One of the heroes during their elimination round meeting last September 10, the fifth overall pick out of La Salle was the one who put his side to within four, 60-64, with 9:04 remaining from being down 47-60 late in the third canto.

Lee and Sangalang, however, were there to respond. Jackson Corpuz and Dela Rosa then helped out to apply the finishing touches to the Magnolia win.

Rey Nambatac produced 16 points, as Javee Mocon was the only other double-digit scorer for the Elasto Painters with 11 in the defeat.