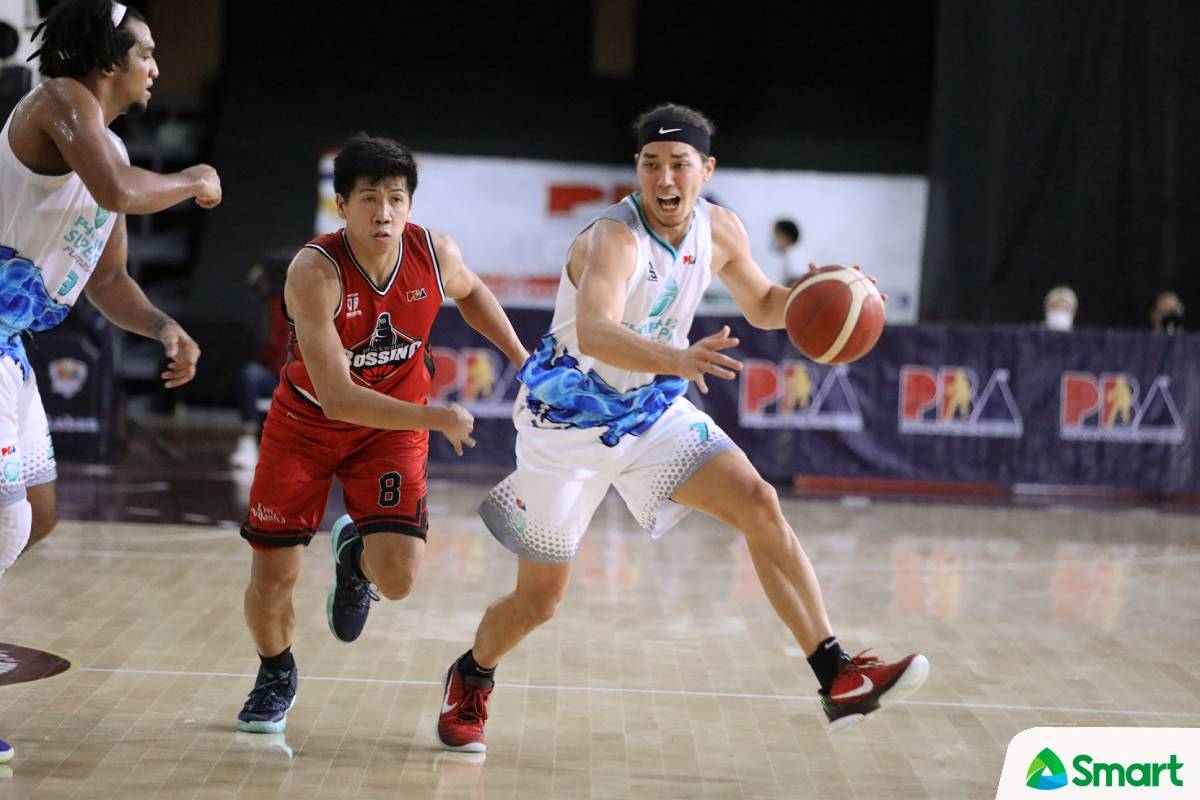 Justin Chua and Jason Perkins led the way for the Fuel Masters with 17 points apiece, spearheading the third quarter pull away that led to them handing the Bossing their 17th consecutive defeat that dates back from last year’s bubble.

The young ball club has now scored back-to-back wins for the first time this conference as it was coming off a 96-84 drubbing of Terrafirma last Thursday. It is now at the eighth spot of the team standings with a 4-5 record.

“We try to be our best. ‘Yun naman ang mindset namin palagi. We want to take the win will be a by-product of what we’re doing,” said head coach Topex Robinson. “We love these opportunities for us to get better.”

Matthew Wright had 16 points on 5-of-9 shooting from the field, including four of Phoenix’s 19 treys as he finally snapped his slump that saw him go 10-of-46 in their last three games. He also had eight rebounds and six assists.

“I’m starting to finally find my touch in this gym. It took me a while but I felt like today, I finally broke that barrier,” said the Fil-Canadian star.

RJ Jazul made 14 points and five rebounds. Rookie Aljun Melecio had 11 points for his third double-digit performance this conference, while Chris Banchero added 10 markers, six boards, and four dimes in the win.

#ReadMore  Chua on Slaughter: 'He's mature enough to realize that what he did is wrong'

Phoenix actually trailed by 10 in the first quarter, where things got heated as a commotion with Perkins and Carl Cruz took place. But it got its bearings not long after, and finally took the driver’s seat come the second period.

They never let the Bossing come any closer since as Chua and the others made sure to keep Phoenix ahead all the way to the end.

“We’ll always learn from this experience. Winning hides a lot of flaws, we still have a lot of things to work on as a team,” said Robinson.

Next up for the Fuel Masters are reigning champs Ginebra and San Miguel to wrap up their eliminations campaign. Robinson knows how tough it will be but he’s most looking forward to the opportunity for his team to grow.

“We want to learn and we want to give ourselves a chance kung nasaan man kami playing those top two teams. We have nothing to lose in these last two games so chance for us to get better and be stronger as a group,” he said.

Meanwhile, Mike Tolomia finished with 23 points to lead Blackwater, who is now a loss away from tying the league’s longest losing skid in history. The record is held by Great Taste, who lost 18 straight back in 1980.

Still, the Bossing have a chance to end their miseries in their last two games, but they will have to do so against Meralco and NLEX.