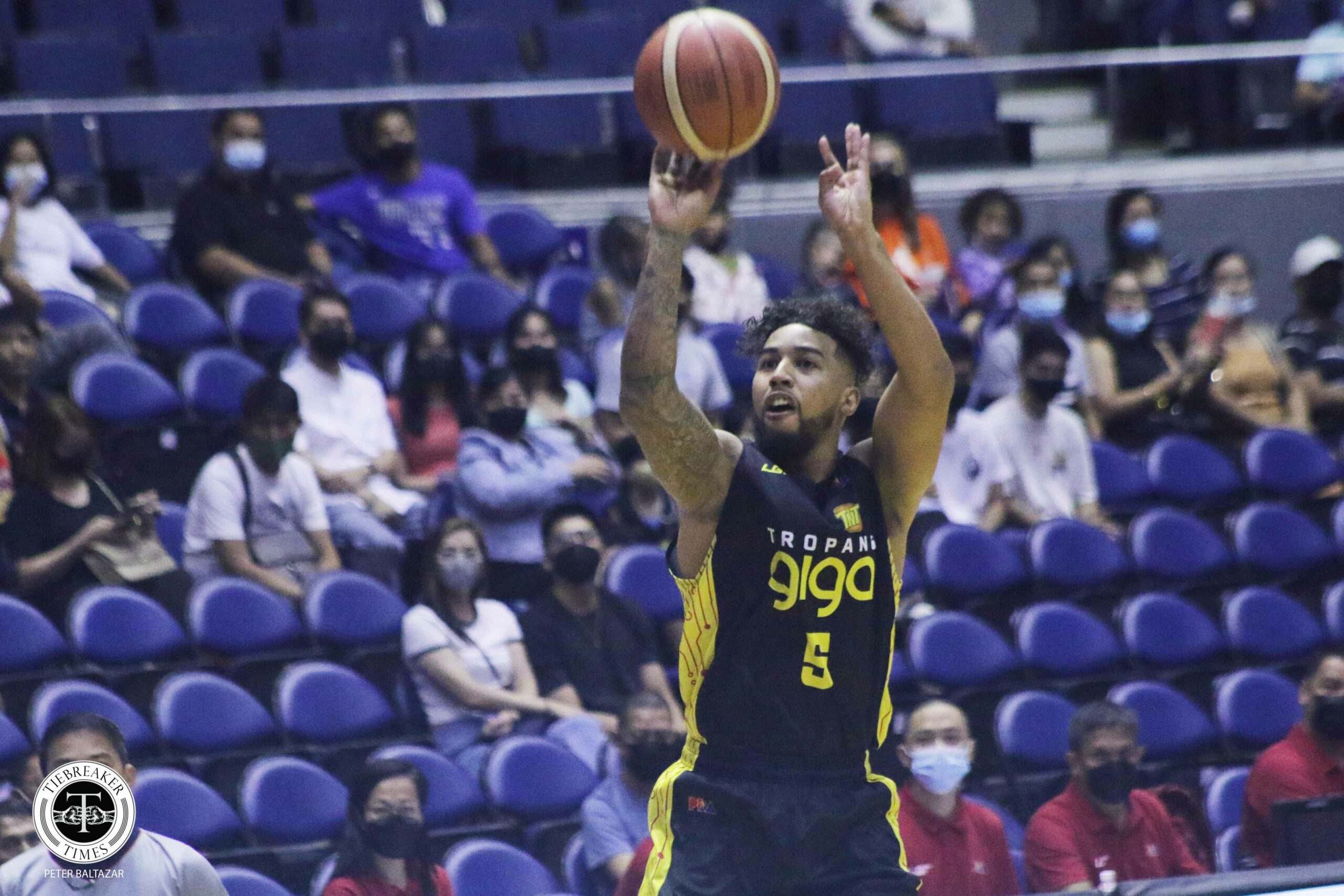 Mikey Williams showed yet again that he remains a hard puzzle to solve as he led TNT’s 108-96 obliteration of Magnolia to gain a head start in the 2022 PBA Philippine Cup semifinals, Wednesday at the SMART Araneta Coliseum.

The league’s reigning scoring king made life difficult for the Hotshots just like in last season’s all-Filipino finale in Bacolor with 26 points, five rebounds, and four assists to help the Tropang Giga to a 1-0 lead in the best-of-seven series.

He made 18 of his points in the first half, including 12 in the second period alone which they opened with nine consecutive points for a 35-19 advantage. And that proved to be the start of a one-sided affair all the way to the end.

“I commend my team for how we picked up the charge and really took it to ’em in the second half. But we have to sustain for the full 48. I feel like we had too many lapses today, but this was a good Game One,” Williams said

The other Tropa also made a mark in the impressive victory. Roger Pogoy produced 23 points and five assists, while Glenn Khobuntin came off the bench and contributed 18 points and seven rebounds in over 31 minutes.

Jayson Castro finished with 12 markers, including the bucket that pushed their lead to the game’s biggest at 24 points, 84-60, late in the third canto. The veteran guard also collected five rebounds and four assists.

It was reminiscent of the 2021 Philippine Cup Finals. Still, head coach Chot Reyes warned that it will be a different series from that.

#ReadMore  Sibol apologizes for 'delay of communication' re: NXPE-Blacklist game

“I think they’re a much-improved team, that’s why I told our team, our players before the ball game, and even before the series, that we cannot expect that this is gonna be the same as the last series,” he offered.

The second-seeded team entering the playoffs, TNT will try to make it a 2-0 lead on Friday, 6 p.m., still at the Big Dome.

Meanwhile, Calvin Abueva had 18 points and eight rebounds to lead Magnolia, who’s yet to beat its rivals since the 2022 Governors’ Cup eliminations.

Aris Dionisio provided the support with 14 points and 13 rebounds. Jio Jalalon and Ian Sangalang each scored 14 as well.