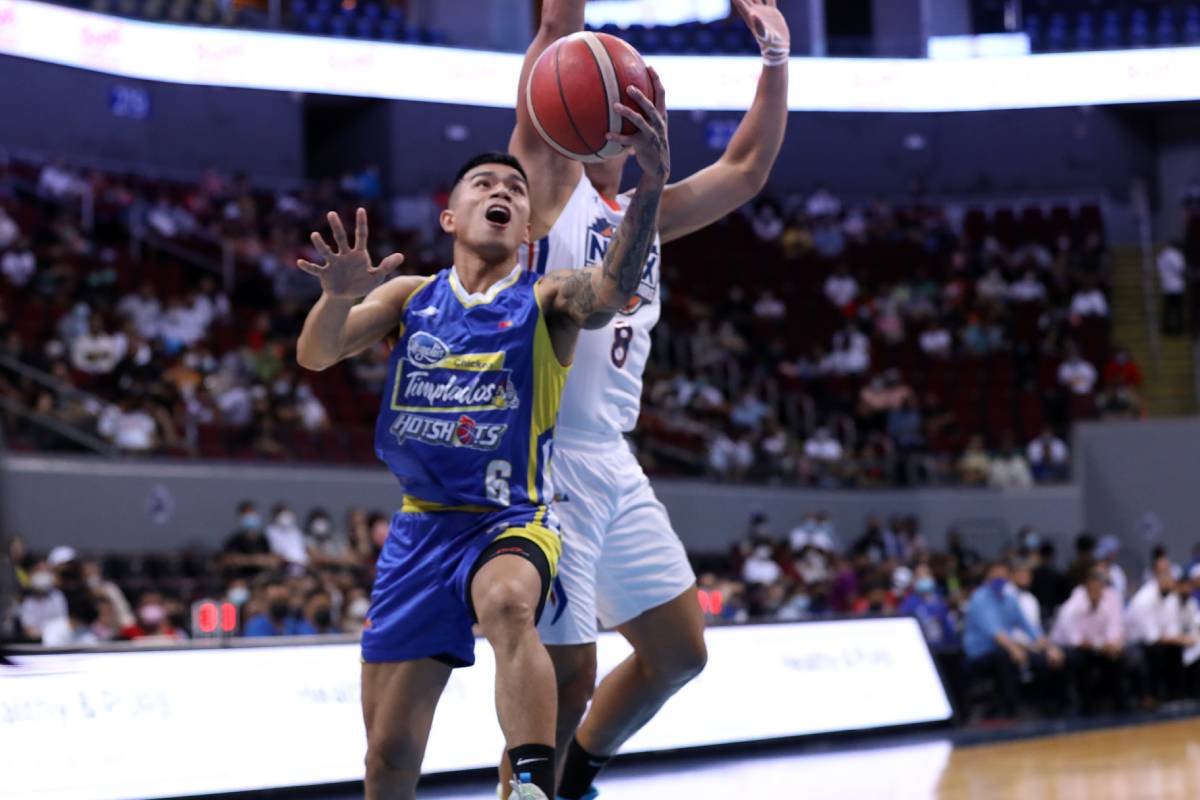 Jio Jalalon starred as Magnolia survived NLEX in overtime, 112-106, to reach the 2022 PBA Philippine Cup semifinals, Sunday at the Mall of Asia Arena.

The seasoned playmaker scored seven of his 16 points in the extra period, taking over when it mattered most to preserve the Hotshots’ efforts in sending the game into OT after an uncharacteristic drought late in regulation.

He also collected seven rebounds, six assists, and two steals in yet another brilliant all-around performance to help his side arrange a 2021 Philippine Cup Finals rematch with reigning champs TNT in a best-of-seven affair.

“Noong ginamit ko si Jio, he’s ready,” said head coach Chito Victolero as Jalalon sat for almost eight minutes on the bench before bringing him back into the game with exactly a minute left in the fourth quarter.

Heroes were actually aplenty in the triumph, with Paul Lee nailing a huge corner triple to tie the game at 97 with 11.1 seconds left in the fourth — the shot that ended a dry spell, which lasted for about four minutes.

And when the Road Warriors pulled off a last-ditch comeback bid behind the back-to-back treys of Don Trollano late in OT, vets Calvin Abueva and Mark Barroca perfected their respective trips to the line to settle the final count.

Ian Sangalang top-scored for Magnolia with 24 points and 11 rebounds. Lee made 21 points, while Barroca contributed 14 points.

Abueva produced 13 points, six rebounds, and six assists in an outing that saw him manage himself greatly despite having five fouls. Rome Dela Rosa chimed in 12 markers as six Hotshots finished in double figures.

“Hats off to Coach Yeng and the whole NLEX team, they gave us a very, very good fight. They readied us for the playoffs, sa semifinals, and hats off to them, to their organization,” Victolero said of their foes.

Calvin Oftana led NLEX with a career-high 32 points and nine rebounds in the defeat that extended their Philippine Cup semis drought to four seasons.

The sophomore winger had the chance to cap off his career game emphatically when the Road Warriors went to him for the final shot in regulation, but got foiled when Jalalon stripped the ball away from him with 2.7 ticks left.

Trollano finished with 22 points in a losing effort. Kevin Alas made 17 points and 11 rebounds, as Justin Chua chipped in 10 markers