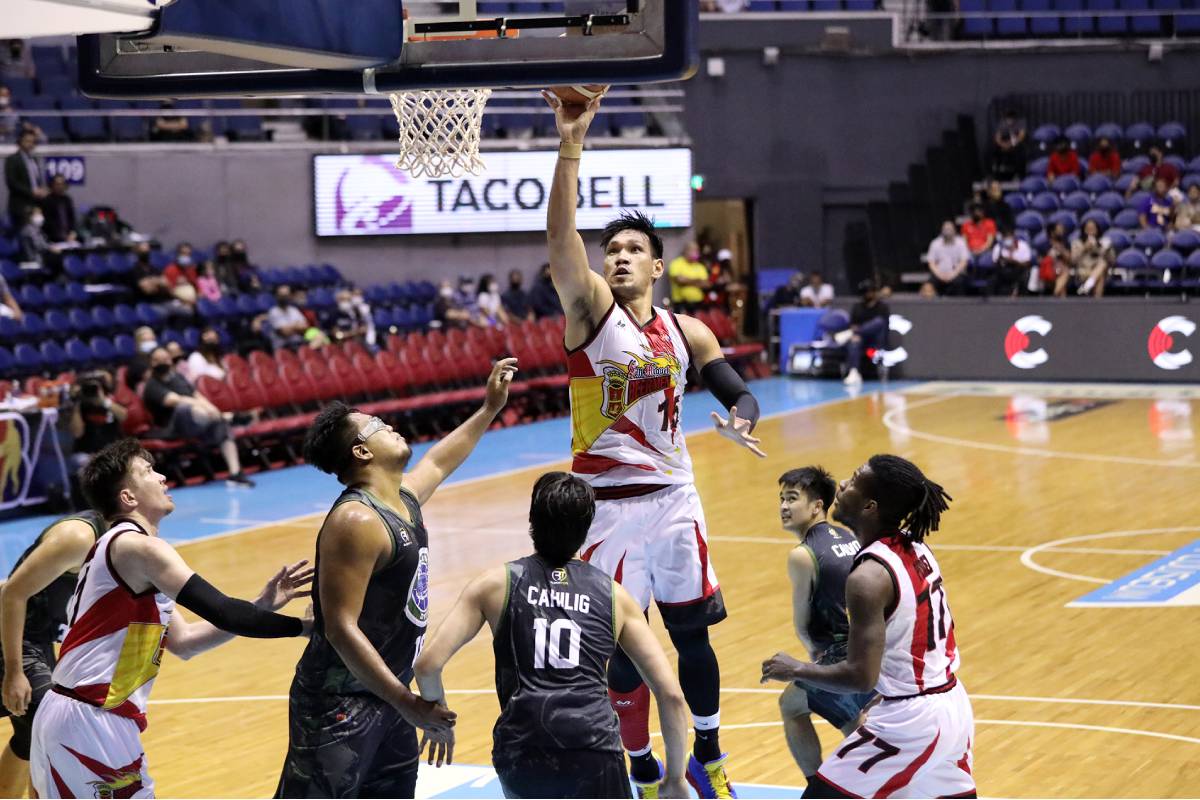 San Miguel formally clinched the top seed in the playoffs after fending off a gritty Terrafirma side with a 109-108 overtime victory in the 2022 PBA Philippine Cup at the SMART Araneta Coliseum, Thursday night.

After leading by as much as 13, the Beermen found themselves in a tightly-contested affair with the Dyip in the second half.

A three-pointer by Javi Gomez De Liaño gave Terrafirma its first lead of the game at 103-100 with 2:44 minutes left in overtime.

Behind June Mar Fajardo’s heroics, San Miguel proved to be the steadier team down the stretch as they averted an upset and secured a hard-fought triumph.

Assistant coach Jorge Gallent called the shots for the Beermen after head coach Leo Austria was put under the league’s health and safety protocols.

Fajardo showed the way for the Beermen with 26 points, 10 rebounds, and a new career-high of nine assists. Marcio Lassiter followed with 23 points and eight rebounds while CJ Perez chipped in 20 points, five rebounds, and four steals of his own.

Eric Camson led the Dyip with 20 points built on four treys along with two rebounds and two assists. Meanwhile, Gomez De Liaño put up his best scoring output of the season with 19 markers to go with two boards and an assist in a losing effort.