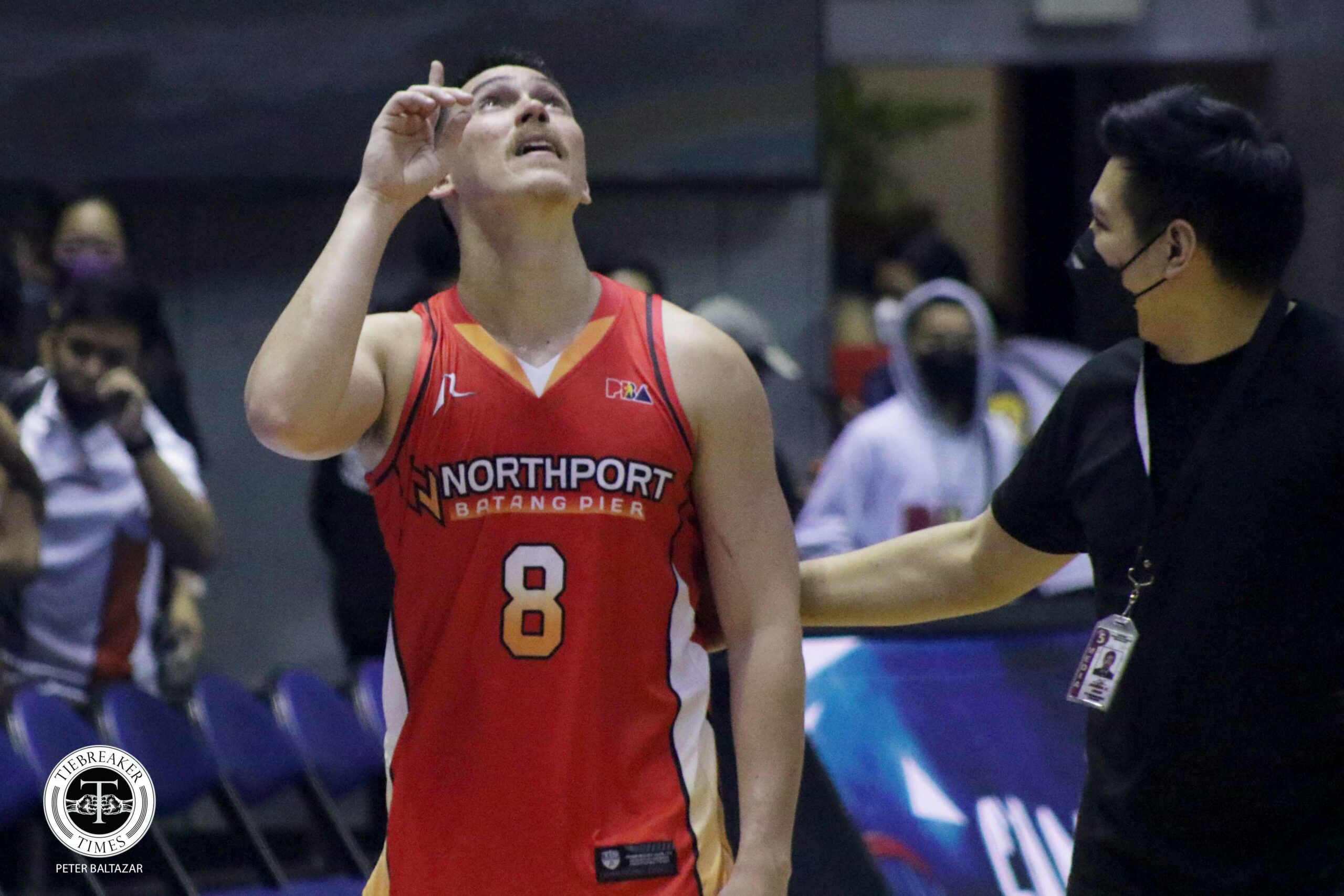 Robert Bolick put up a Herculean effort as he carried NorthPort past Meralco in overtime, 101-95, to register their second win in the 2022 PBA Commissioner’s Cup, Friday evening at the SMART Araneta Coliseum.

The star guard fought through cramps and submitted a career-high 44 points, on top of six rebounds and seven assists as he strapped the Batang Pier on his back after falling behind by as much as 20 during the third.

His scoring output, per league stats chief Fidel Mangonon III, is the highest by a local since RR Pogoy’s 45 points for TNT against Alaska in the Clark bubble.

Bolick scored 32 in the game’s last three chapters, 17 of which he made in the fourth quarter that saw him nail the free throws off Meralco’s penalty situation that tied it up at 89-all with 18.3 left, eventually leading to OT.

He then opened the extra frame with five consecutive points to put NorthPort ahead, before dishing the assist to Arwind Santos’ dagger triple with 1:19 left to play to complete the comeback and spoil the Bolts’ debut.

Santos had 15 points and seven rebounds in the victory that hiked NorthPort’s card to 2-1. Arvin Tolentino supplied 12 points and six boards.

Prince Ibeh scored 12 markers as well, together with 11 rebounds and eight blocks — the most since Japeth Aguilar tallied a career-high eight in Barangay Ginebra’s Philippine Cup meeting with Shopinas back in 2014.

“Feeling ko, hindi ako ‘yung Best Player of the Game eh. Si Prince,” said Bolick as the 6-foot-10 import gave it all even after missing five days of practice as he had to be placed under the league’s health and safety protocols.

NorthPort will try to build a streak when it battles Cam Oliver and TNT on Saturday, October 8, 6:45 p.m. at the Philsports Arena.

Meanwhile, the debuting Johnny O’Bryant led Meralco with 30 points and 22 rebounds against seven turnovers in the frustrating loss.

The former NBA cager actually tried to win the game late in regulation but got stopped by the Batang Pier mid-air. Teammate Allein Maliksi tried to save them as well but his three-pointer as time expired was too sharp.

Raymond Almazan had 17 points, while Maliksi added 11 for the Bolts, who lost Chris Newsome to an ankle injury with 2;50 left in the second quarter.

Meralco will next face another team looking to rebound in the Gin Kings in an early rivalry matchup this Sunday, 6:45 p.m. also at the Big Dome.