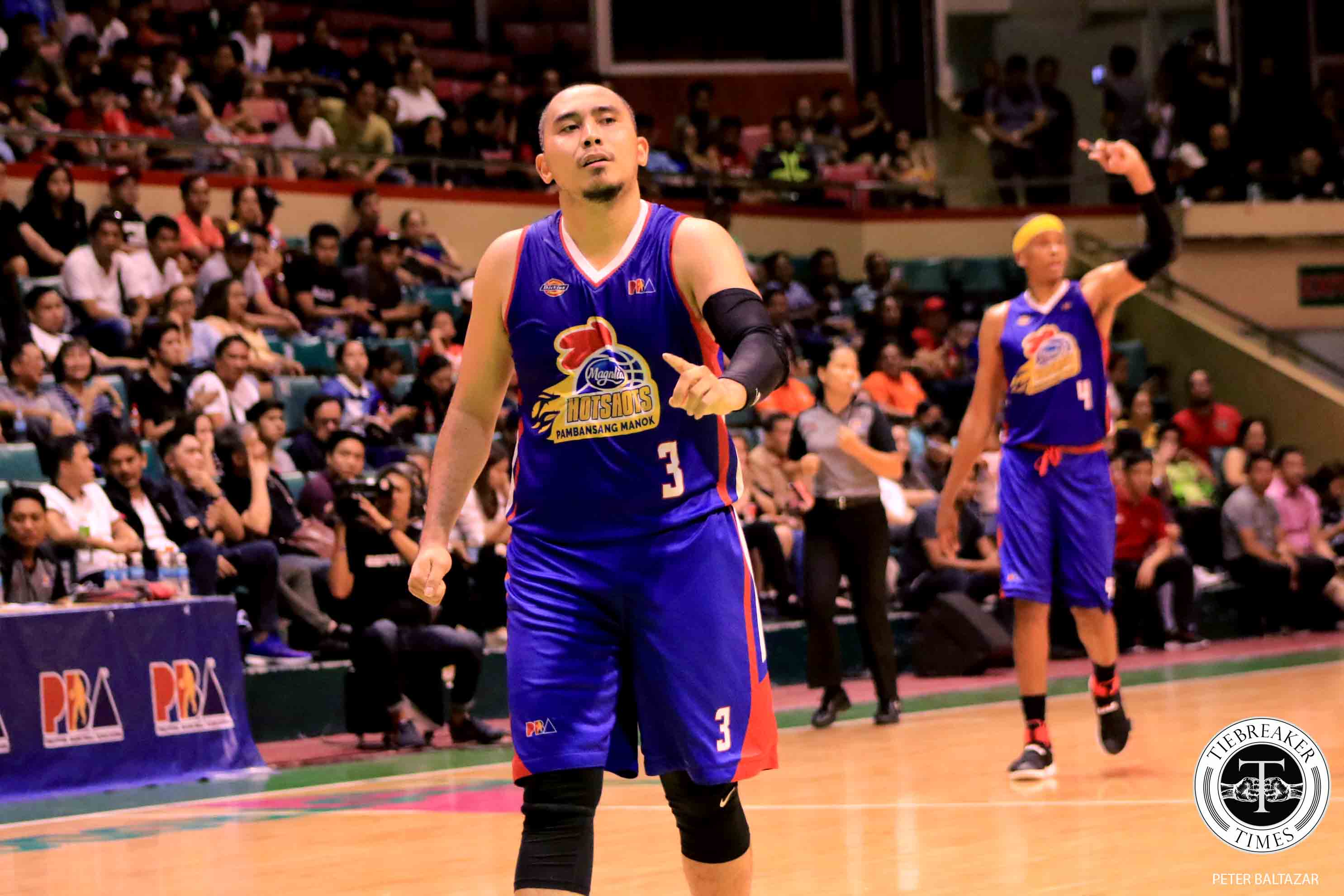 After averaging 14.8 points in the first four games, Lee had zero in Game Five, since he failed to make any shot in eight attempts. Still, he collected four rebounds and an assist.

Moreover, his scoreless outing was overshadowed as the Hotshots won, 82-74, to take a 3-2 lead in the race-to-four series.

The 2018 PBA Governors’ Cup Best Player of the Conference lauded the efforts of his teammates in the win, particularly his fellow guards Mark Barroca and Jio Jalalon. The duo led the Hotshots with 14 markers apiece on a combined 50 percent shooting.

Now with a 3-2 lead, the Hotshots have a great opportunity to finish off the Elasto Painters in Game Six on Friday, April 26, at the Ynares Center in Antipolo City. Victory means they return to the Big Dance.

The Ynares Center means much to Magnolia. It is in that venue where they ended the two-year reign of the Barangay Ginebra before taking over the throne of the 2018 Governors’ Cup.

But even if some things are in their favor, Lee isn’t being complacent.