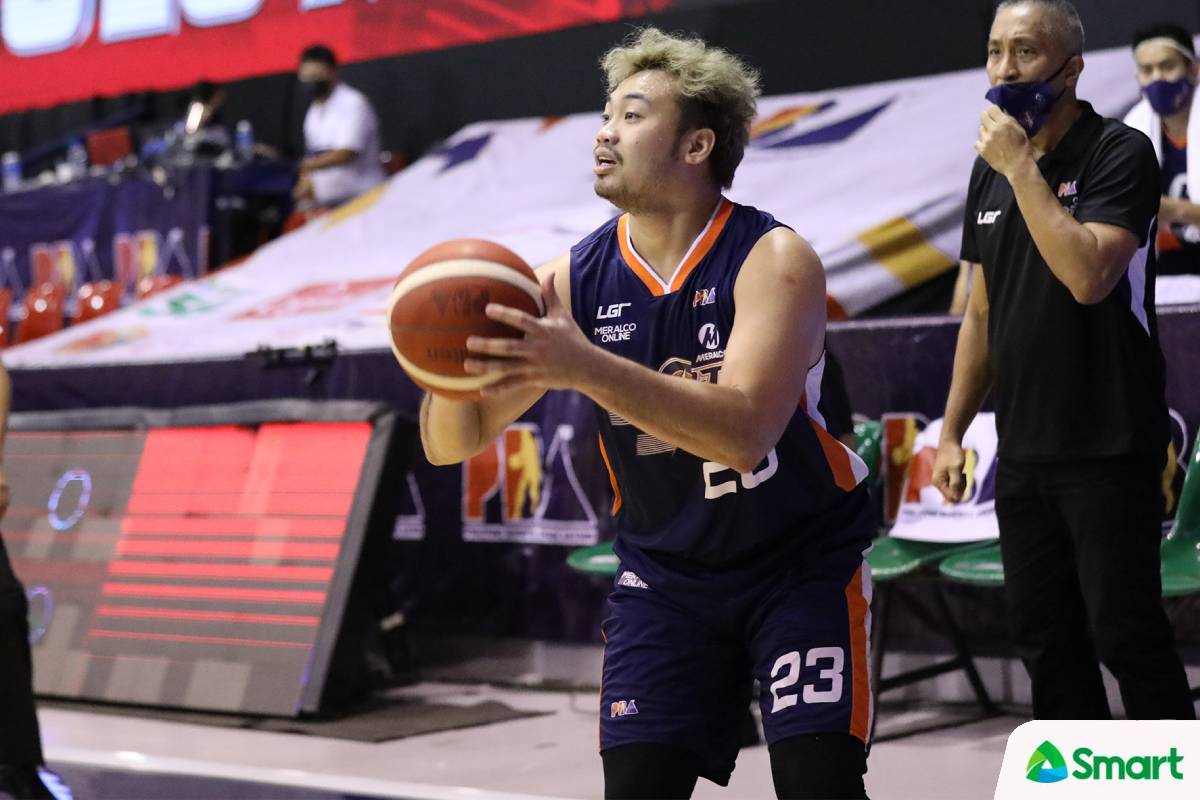 Rookie Alvin Pasaol provided the spark as Meralco staved off Alaska, 89-80, in the Honda PBA Philippine Cup 2021, Saturday at the Ynares Sports Arena in Pasig.

The ninth overall pick came off the bench and scored 11 of his 13 points in the fourth quarter, providing instant offense to help the Bolts repel a furious rally by the Aces that saw them come back from 16 down and knock within four.

Pasaol, who was just averaging four points prior to Saturday, shot 4-of-8 from the field, including 3-of-3 from beyond the arc in 13 minutes of play. He also collected two rebounds, two steals, and a block against one turnover.

“It’s great getting a lift from Alvin,” said Meralco head coach Norman Black. “I think he scored 13 points, and most of those points came in the second half. So that was big for us in this game. I’m very happy for him.”

The 26-year-old was brought in just before the third quarter ended, with the Bolts only up by six as the Aces managed to come close from a huge deficit behind the efforts of forwards Jeron Teng and Gab Banal.

Alaska came within four to start the fourth following Maverick Ahanmisi’s lay-up, but Pasaol responded with two triples to power an 8-2 run that re-established their lead to double digits, 70-60, with 8:49 to go.

The rest of the Orangemen then helped out, with Reynel Hugnatan, Raymond Almazan, Aaron Black, and guard Nard Pinto doing their part to prevent the Milkmen from replicating their spirited third canto showing.

“I thought once again we played well defensively. We were able to hold the Alaska team down as far as their offense was concerned,” said Black, as they held Jeff Cariaso’s wards to 36-percent shooting from the floor.

Pinto top-scored for Meralco with 16 points on 7-of-12 shooting. Chris Newsome churned out 14 points and 11 rebounds with six assists, as Almazan added 12 and eight in their second win in a row that hiked their card to 4-1.

“And it’s good to get that fourth win because, obviously, Magnolia already has four, so we’re trying to keep up as much as possible in the standings,” he added as the Bolts seized solo third behind Magnolia (4-0) and TNT (2-0).

Banal, meanwhile, had 20 points to lead Alaska, which absorbed its third loss in five outings. Ahanmisi made 16 as Mike DiGregorio added 10.