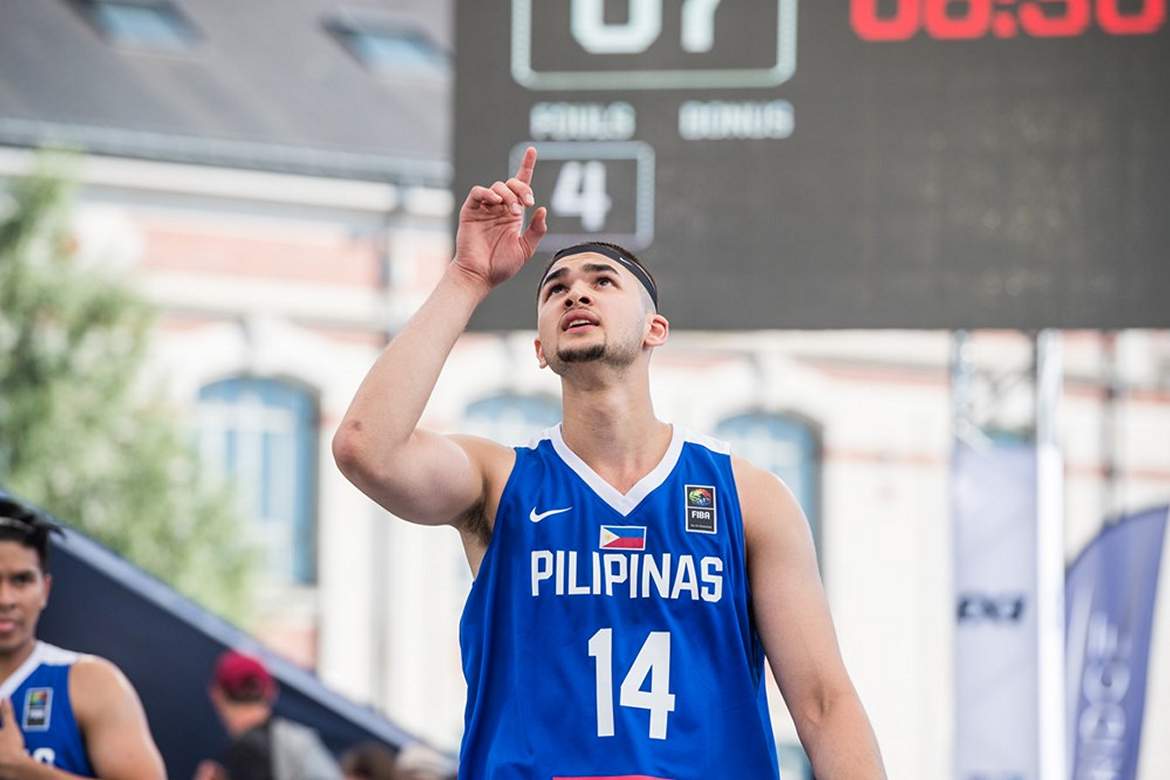 Kobe Paras and the rest of Chooks-Pilipinas 3×3 opened their 2017 FIBA 3X3 World Cup campaign on a high note, defeating the seventh-ranked 3×3 team in the world Romania, 21-15, Sunday night at the Parc des Chantiers de I’lle in Nantes, France.

Kobe Paras led the Philippines with 12 points, while Kiefer Ravena was clutch, scoring four of his five points in the final minute and 19 seconds of the game.

With the Philippines down 12-13 with 1:43 left, Jeron Teng was able to steal the ball from Bogdan Sandu that led to a Paras bucket to knot things up with 1:43 remaining.

Ravena then took over, scoring on an and-one and following it up with a booming two-point shot with 1:03 left to put the Philippines up by four.

The Romanians were able to slice the lead to just two eight seconds later after a Sandu three, but Paras finished the job with a two-point shot before sealing the game with two free throws with 30 seconds to spare to end the contest.

Teng and JR Quinahan chipped in two points each.

France too much for Chooks-Pilipinas 3×3