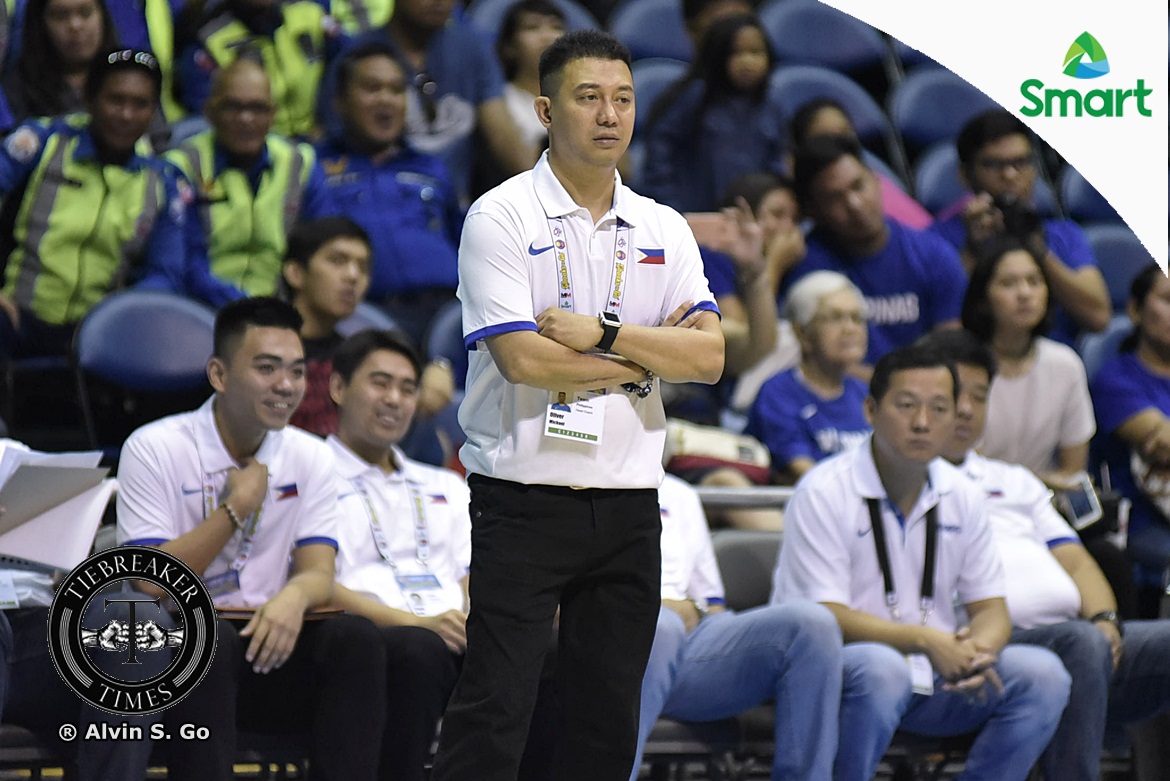 Batang Gilas Pilipinas is now off to a commendable 2-0 start in the 2017 SEABA Under-16 Championship, but their recent win over a gutsy Indonesian side left head coach Michael Oliver far from being pleased.

The former Far Eastern University Baby Tamaraws coach was citing the time when his wards were leading by as much as 36, 71-35, only to allow Indonesia to close within 20, 77-57, after back-to-back treys by Felix Alexander to open the final frame.

“Feeling nila, malayo na ang scores [at] ibibigay na lang ng Indonesia. Unfortunately, sinuwerte ang Indonesia from the outside,” rued Oliver, as his side allowed Indonesia to shoot six more triples in the second half after having nailed just one in the previous half.

But aside from the mentioned issues, turnovers also got the best of Batang Gilas. After committing just 19 miscues against Singapore yesterday, they inadvertently made a head-turning 26 errors against the Indonesians.

Batang Gilas is now heading on a break tomorrow, Tuesday, before trying to extend their streak to three against Thailand on Wednesday, May 17, at 12:00 PM. And, Oliver hopes that his side will have a better outing in that game.