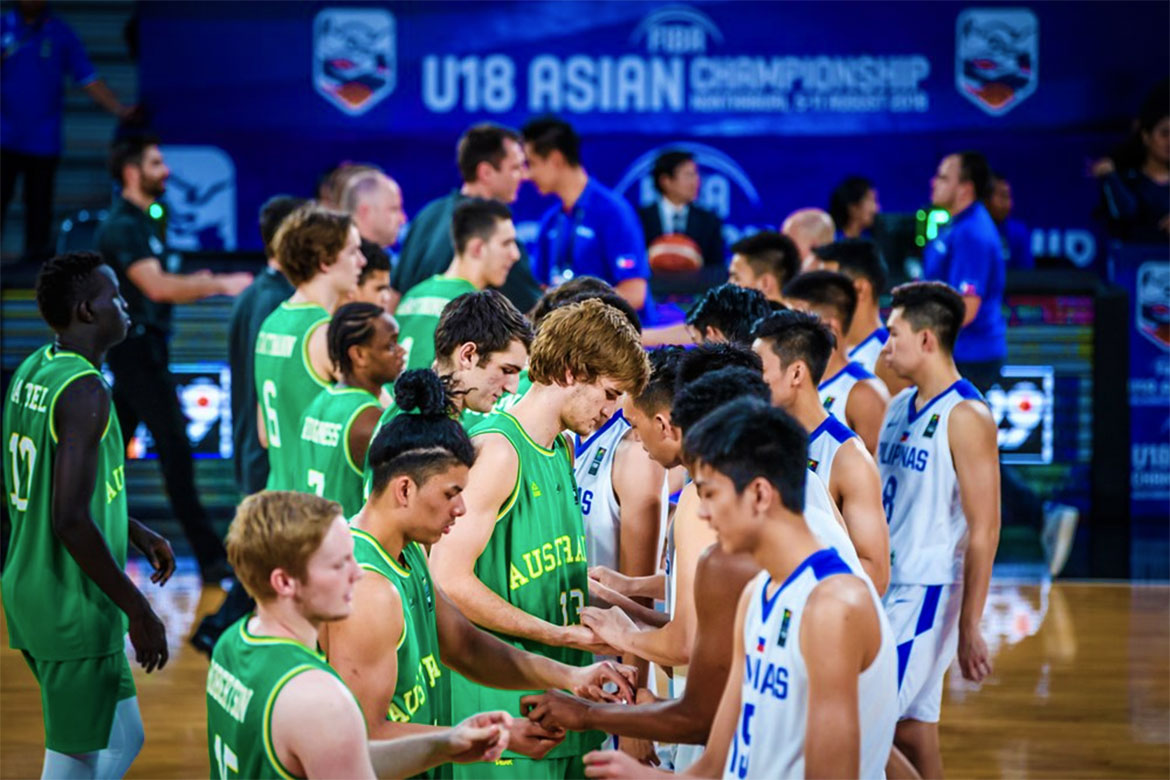 Even in the Under-18 division, Australian basketball is still showing their might.

The Philippines drops to the bronze medal match against China on Saturday, August 11 at 2:30pm (Philippine time). Batang Gilas defeated the young Chinese last August 7, 73-63, in a game that decided Group B’s leader.

Batang Gilas, Australia, China, and New Zealand all advance to the 2019 FIBA Under-19 World Cup. But even with that in mind, this will be a tough loss to accept for the young Filipinos as even their best lineup could not keep pace with the top team in the region.

After keeping close with Australia in the first stanza of the game, Australia zoned in, limiting the young Filipinos to just eight points each during the second and third quarters.

No Filipino player scored in double-figures in the game.

Dalph Panopio shot just 1-for-10 from the field and was forced to commit four turnovers.

Australia led by as much as 41 points in the final frame.

As a team, Batang Gilas shot just 24.62 percent from the field.

Samson Froling had a game-high 12 points for the Emus. Kody Stattmann and Callum Dalton had 10 points and seven rebounds each.

Even with the Australians dominating the game all game long, the young Filipinos remained peaceful and proud up until the final buzzer.