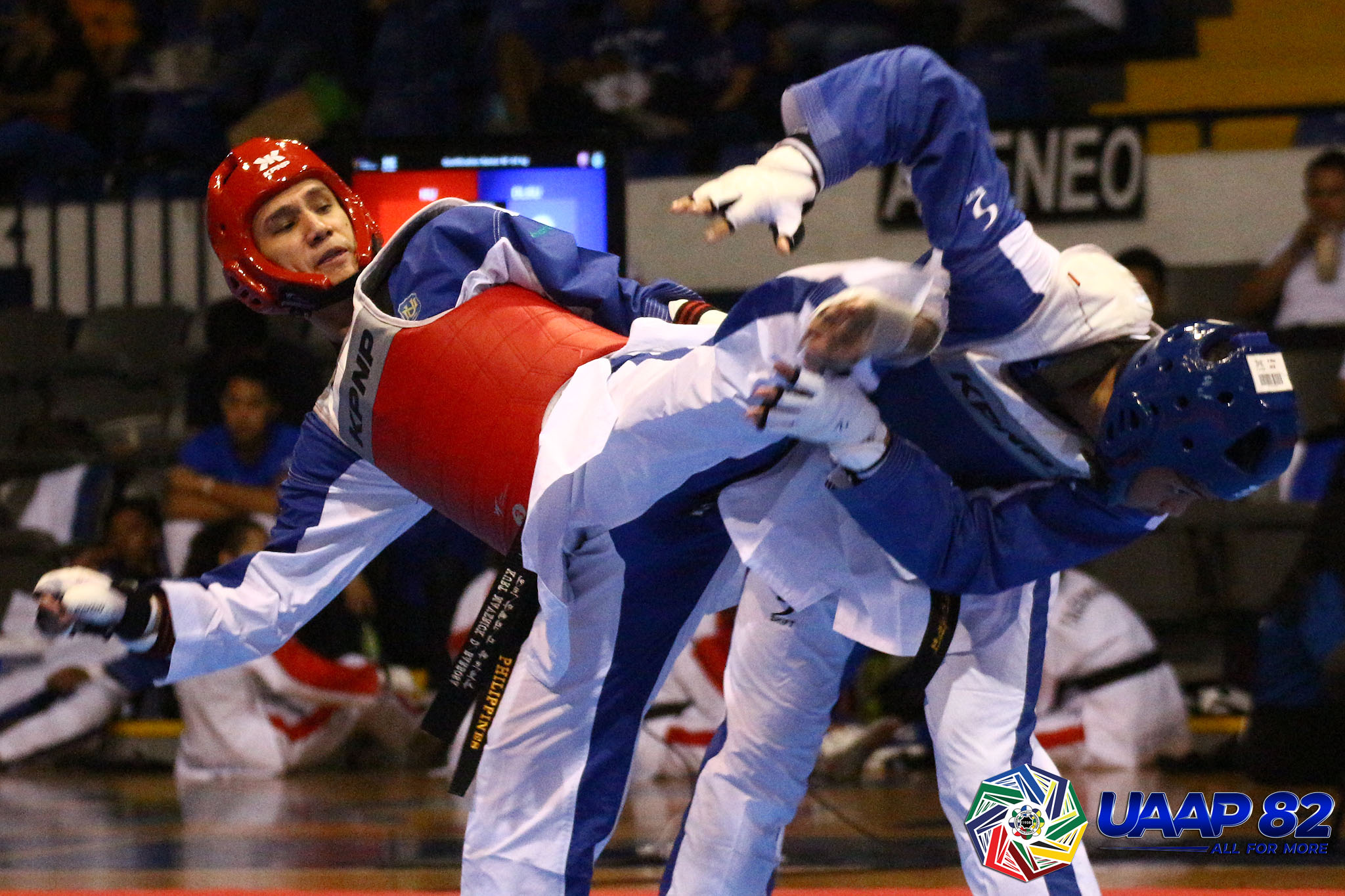 Reigning back-to-back champion National University had to post two contrasting wins, even as University of the East also dominated the day, to both pace Day One of the UAAP Season 82 Men’s Taekwondo tournament, Tuesday at the Blue Eagle Gym.

National team mainstay Keno Mendoza turned it around against Mark Gacilos of De La Salle to give the Bulldogs their second win of the day at 4-3.

Mendoza emerged from a 13-all tie to edge out Gacilos, 22-21, for his team’s second straight victory.

UE, on the other hand, blanked University of the Philippines at 7-0, before dominating Ateneo, 5-2, to keep in step with NU.

Leading the charge for the Red Warriors was flyweight Lawrence Borres, who only conceded 10 points in his two matches while scoring 46.

La Salle and University of Santo Tomas ended with twin 1-1 slates for a tie at third. The Green Jins opened their season with a 4-3 decision over the Tiger Jins, but the Thomasians routed UP at 5-2 for the bounce-back win.

Other results saw Ateneo take their first win on three matches over FEU, 4-3.