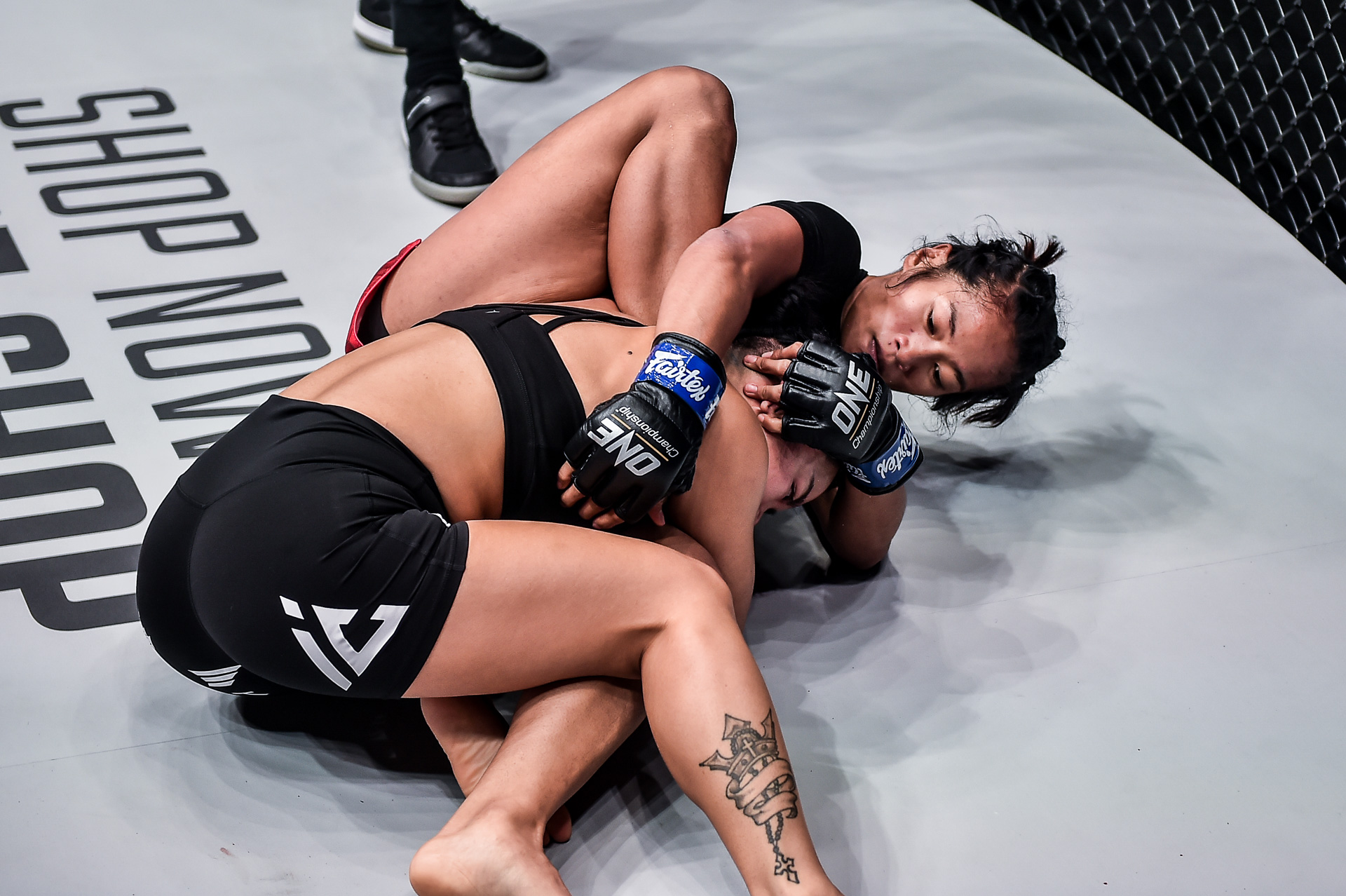 In just a week, Jenelyn Olsim has changed from a prospect  looking to enter the ONE Atomweight World Grand Prix as an alternate, to being a semifinalist in that same tournament.

Days prior to ONE: NextGen on Friday, Itsuki Hirata pulled out of her semis bout against Ritu Phogat.

Olsim, who would have taken on Jihin Radzuan, decided to step up when the offer to replace Hirata came to her.

“I know we deserve to be on this spot.

“Knowing myself, I just have to be myself in the fight,” she said during the virtual face-off held Tuesday night. “I don’t see myself as better than her or anyone. Just doing my best to be here and enjoy what I have and do what I do.”

This will actually just be Olsim’s second fight in the atomweight division.

Back on ONE: Battleground, she made her division debut against Bi Nguyen. And she soundly defeated Nguyen to advance to the alternate bout of the eight-woman tournament. 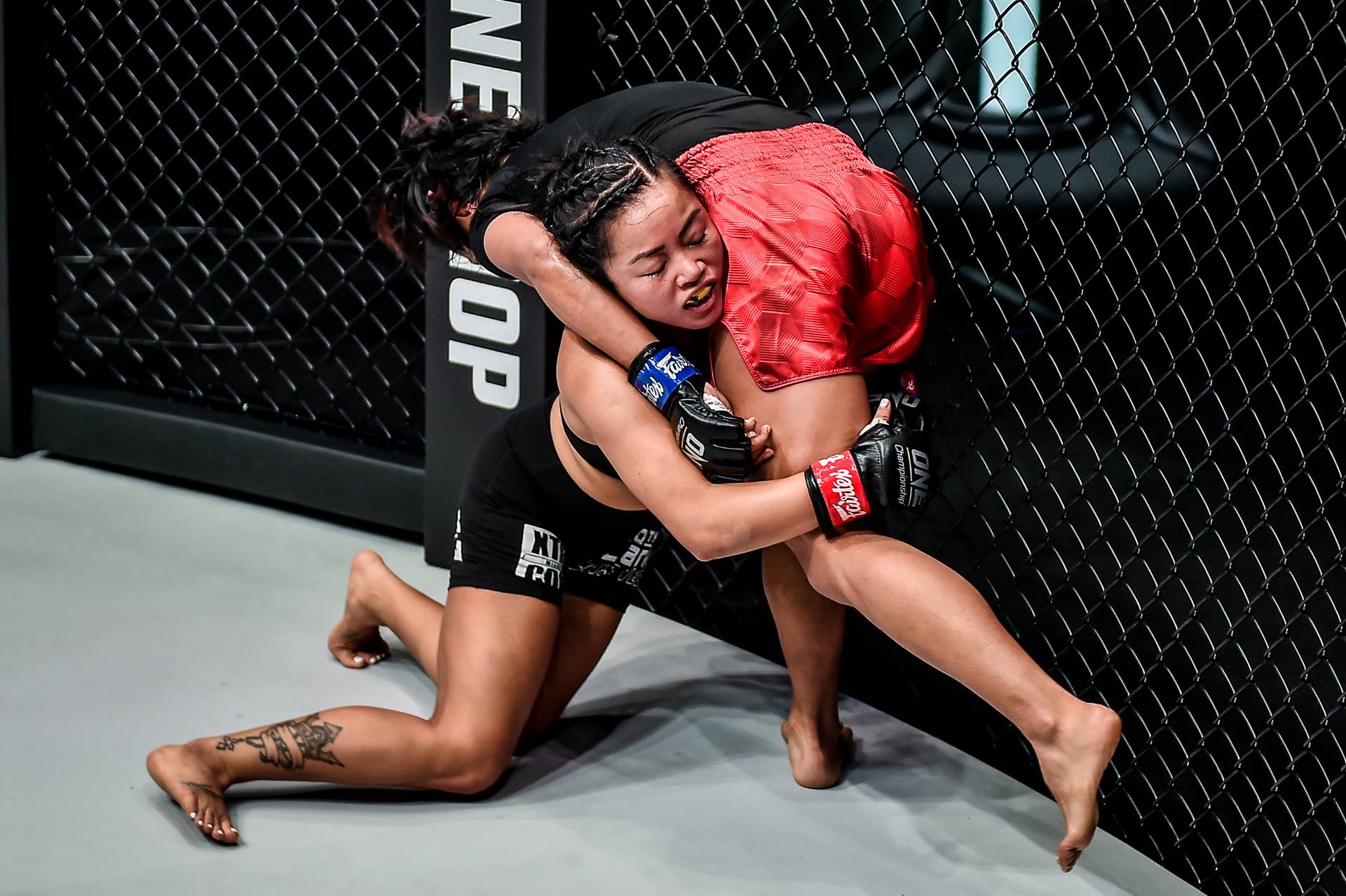 She was penciled to face Grace Cleveland on Empower. Cleveland, though, pulled out of the bout due to BPPV (vertigo).

Despite not getting to face Cleveland and Radzuan, Olsim bared that those two fighters have one thing in common with Phogat. 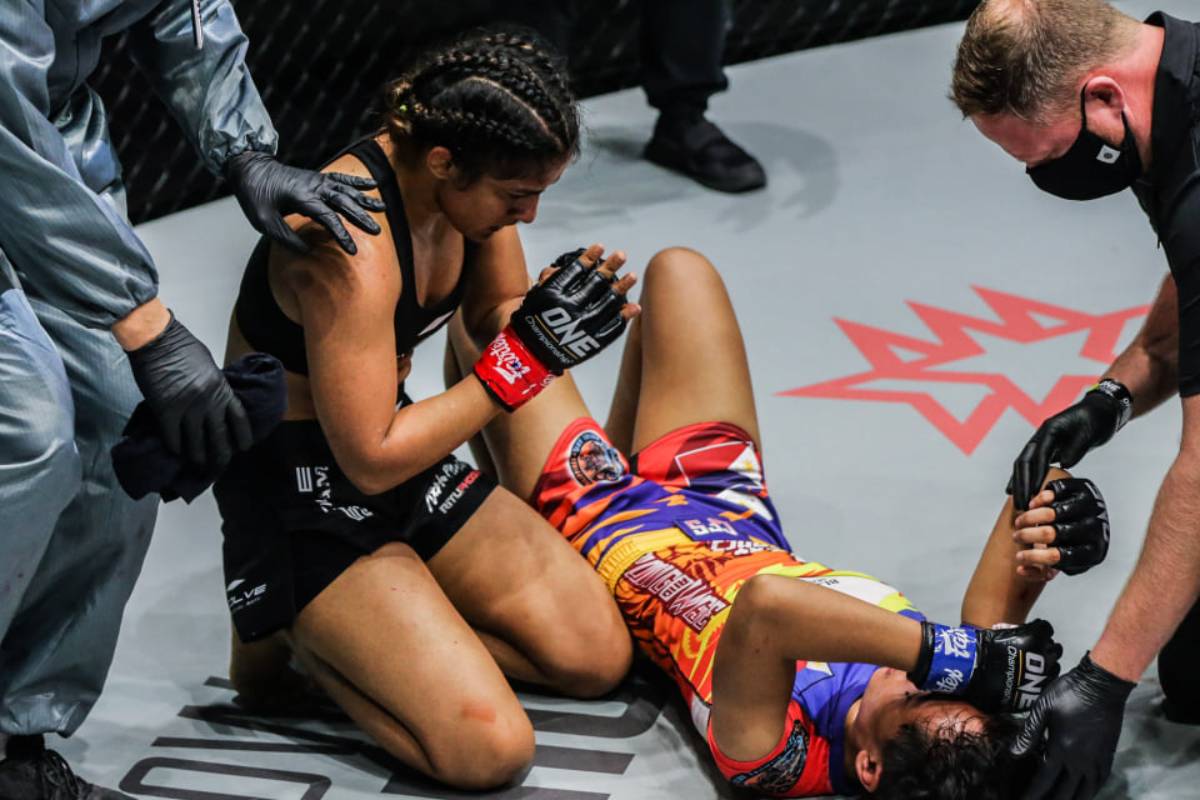 “My previous fight which was cancelled was against a wrestler and a grappler, too, and I’m very confident with that training,” she said.

“I’m prepared for that kind of game. We trained at the gym not just on one aspect but on everything.”

Olsim remains ready, and not just for Phogat’s ground game. If the bout decides to go on the feet, the native of Baguio City has something in store for her as well.

“I believe wrestling is her biggest asset but I think I can handle her wrestling.

“I don’t underestimate Ritu, but I know I can outstrike her when it comes to that. Her biggest strength is wrestling, so I’m not gonna allow her to pin me down,” she stressed.