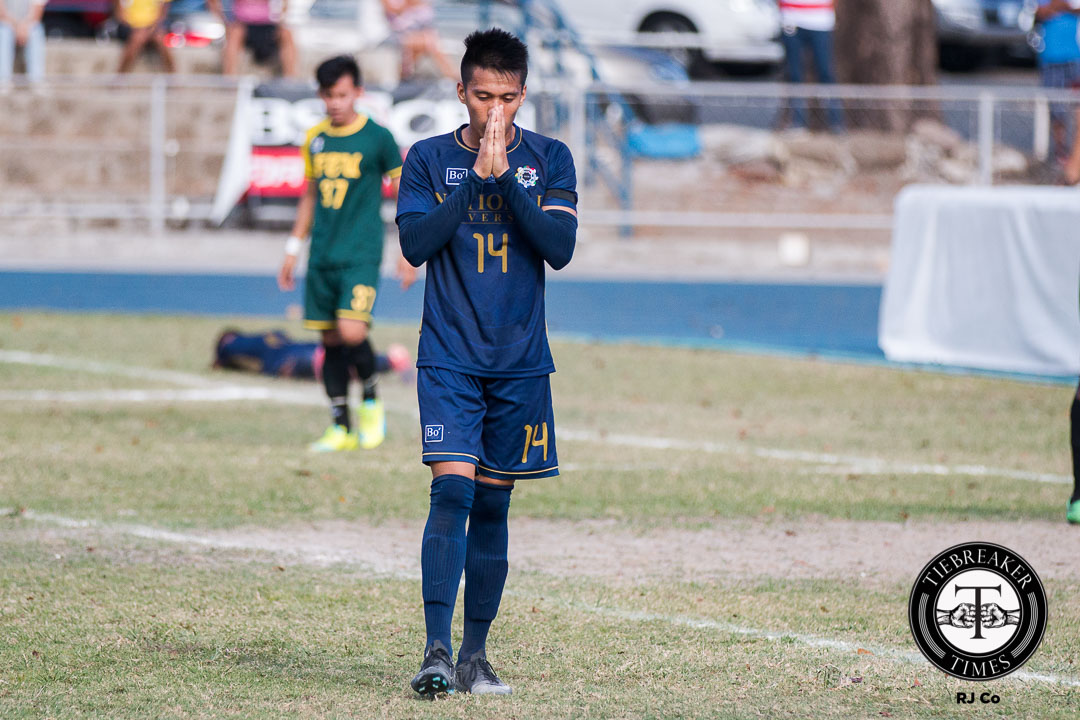 In what was a neat summary of their UAAP Season 78 Men’s Football Tournament campaign, the National University Bulldogs had been leading the Ateneo Blue Eagles, 3-2, with only second left on the clock. However, the twist arrived in the game’s dying moments, when Javier Ocampo Gayoso converted his second free kick of the match to salvage a draw for Ateneo. It was a sorry end for Nico Macapal and the rest of the Bulldogs, after they failed to reach the Final Four once again.

“Ang masasabi ko sa game ano po na-enjoy po namin yung game at binigay namin yung best kasi wala na kaming chance sa Final Four eh. Eliminated na kami kaya ayun binigay lang namin yung best namin,” said Macapal after the game. It has been a frustrating season for the Bulldogs, as there have been some games where it seemed they themselves were their own worst enemy.

Perhaps the most painful results of NU this season were their 1-3 and 2-3 losses to the University of Santo Tomas and De La Salle University. The Bulldogs had control of both games, yet they managed to squander it just when it felt like their opponents had no chance at all. It’s a shame, especially if one considers that eight players won’t be in the squad for next season. In fact, NU will have to adjust in attack as Macapal, Paolo Salenga and Jay Abalunan are part of those leaving.

At the end of the day, Macapal has to move on from the UAAP. While it’s a shame that fans never got to see him play in the Final Four, this shouldn’t be the final stop for his burgeoning football career. He stated that some people are recommending that he join Forza FC in the UFL. Wherever he’ll play next, expect him to show his intelligence, technique, and heart on the pitch.