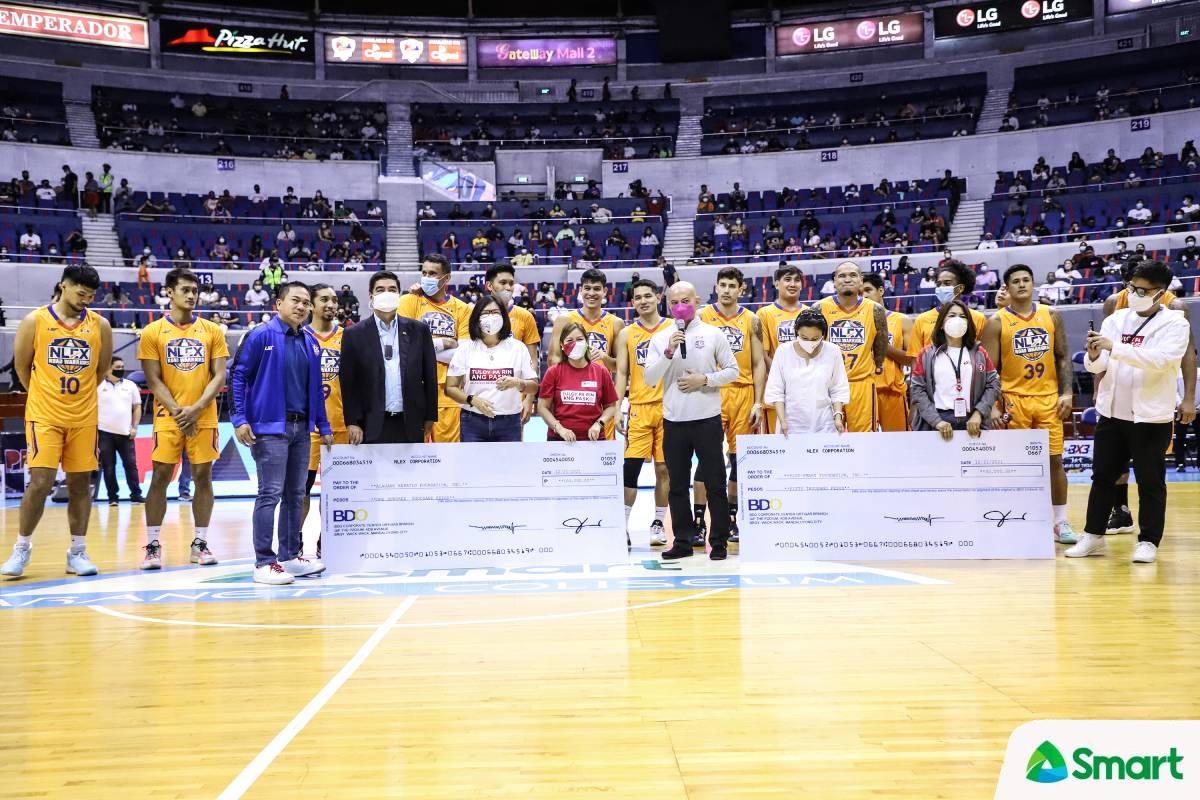 NLEX has formally turned over its donation for Typhoon Odette victims.

The team led the cheque presentation during halftime of its PBA Governors’ Cup duel with Phoenix Super LPG on Christmas Day at the SMART Araneta Coliseum.

The ball club initially planned to stage a Christmas party, but ultimately decided to donate the funds supposed to be used for the celebration for relief efforts.

NLEX gave the donation through the Alagang Kapatid Foundation, Inc.

In the rites as well were NLEX’s Senior Manager for Community Engagement Cherry Dela Rea, together with Road Warriors team manager Ronald Dulatre.